THE 6 SCARIEST BASEMENTS EVER SEEN IN MOVIES 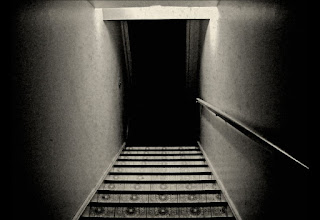 One of the scariest scenes in Psycho takes place in a basement. When the main character, Lila, goes into the underground fruit cellar of Norman Bates’ home, she discovers the mummified corpse of the man’s mother, stored in the basement where he’s been keeping her all these years.

When people think of horror movies, many people think of The Conjuring as one of the first movies that springs to mind. The concept revolves around a family who has just moved into a new farmhouse, until they start noticing creepy elements happening in their home. The whole story revolves around a creepy basement full of all sorts of oddities, including a possessed doll named Anabelle.

4. The People Under the Stairs

This horror-comedy movie is an exciting romp, but the basement itself is definitely scream-worthy. The concept revolves around a home break-in, upon which the intruders discover deformed cannibals in the basement. These cannibals, terrifyingly enough, are actually children who were stolen from their parents, then kept in the basement.

This classic horror movie revolves around a home built over hot sulfur pits in New Mexico. However, when some friends decide they want to spend the night in the home, they realize that these “sulfur pits” are actually much scarier than they thought, and are instead a hole to another world, through which they start experiencing horrors.

The classic colonial style of the Alabama house in Get Out is part of the horror of the movie. The basement is where the main character Chris is strapped into a chair and put under hypnosis. He goes to the “Sunken Place” and his body is prepared for a transposed consciousness, a truly horrifying possibility that looms overhead throughout the movie.

1. The Silence of the Lambs

If there’s one basement that might well show up in your nightmares, it’s this one. Buffalo Bill, the serial killer of this movie, has a dry well in his home where he keeps women he’s kidnapped. He starves them to remove their skin more easily. That’s definitely a scary enough basement to end up at number one on this list.

Basements are pretty scary, but in real life, it’s possible to have a basement that’s not scary at all. You just need to make sure you’re taking care of it. No matter what your basement looks like or what you’re hoping your basement will look like in the future, these six basements from movies and TV definitely weren’t subject to the same helpful treatment. Instead, these basements are scary enough to haunt your nightmares.