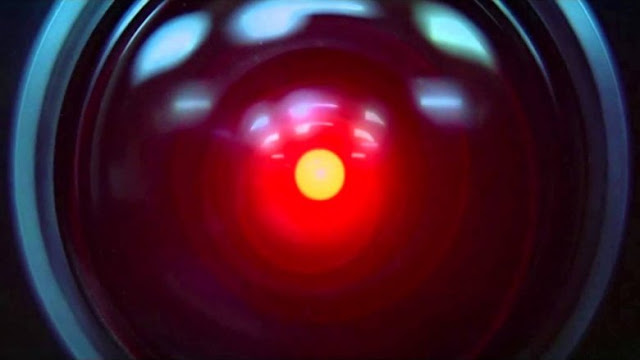 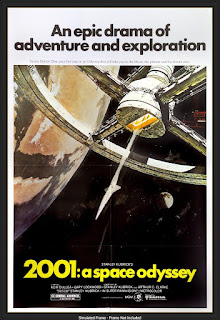 As I write this, the world is in the midst of a global pandemic, something I thought I’d only experience in a disaster movie. But instead of evolving into an armed-to-the-teeth hero of the apocalypse, most days I’m debating whether or not to change out of my pajamas to check the mail. The only folks I’ve seen with guns are mouth-breathers clutching cock-enhancing AR-15s as they storm the capital to demand their God-given right for date night at Waffle House with their sister-wives.

As global catastrophes go, I’m in a pretty good place and luckier than most. My wife and I have jobs we’re able to continue doing at home (while still having the nerve to bitch about them). And even after 30 years, we still like each other’s company. Sure, our own date nights are different now – romantic trysts at the local Safeway – but other than that, the pandemic hasn’t been much of an inconvenience.

I’m also fortunate that my most of my hobbies are passive activities which don’t require human interaction, and since the amount of spare time I have to indulge in them has increased tenfold, there ain’t a hell of a lot to complain about. So while cabin fever might have some folks ready to snort Lysol to be first in-line at Supercuts, I’ve been shopping on Amazon, reading some books, walking the dog, playing GTA V, spying on my neighbors and, of course, watching a shit-ton of movies.

Then it suddenly hit me: This government-imposed stay-cation would be the perfect time to relive the wild days of my youth and engage in the once-illegal activity of...getting high.

Some of you might be saying, “Why, Dave, isn’t anytime a good time to get high?” And once upon a time, I would have agreed with you. I was one seriously baked potato back in the ‘80s, kicking-off every weekend with a dimebag, Domino’s pizza and the perfect video rental to enhance my altered state. The right movie was important and I frequently enjoyed a variety of stoner-friendly films, such as Repo Man, Pink Floyd the Wall, The Black Hole, Mad Max, Airplane!, Night of the Living Dead and – my personal favorite - classic Looney Tunes.

But ironically, I never got around to the mother of all tripfests, 2001: A Space Odyssey, perhaps because I was largely unimpressed when it premiered on NBC in 1977. I was 13 at the time and didn’t know Stanley Kubrick from the Stanley Cup. What I did know was any movie with “space” and “odyssey” in the title shouldn’t have screaming monkeys beating the shit out each other for first 20 minutes. When it finally did reach the stars, I was subjected to 10 interminable minutes of a shuttle inching into a space port to the tune of The Blue Danube (arguably the sleepiest piece of muzak ever written). It didn’t help that I was watching on a 19-inch, hand-me-down black & white and periodically interrupted by Calgon commercials. I eventually gave up trying to make sense of the thing and changed the channel.

I quit smoking weed in the late ‘80s, not because of some epiphany or concern over my health. I simply decided to pull my head out of my ass, go to college, marry a good woman and get a decent job. There just wasn’t time to be a baked potato anymore, nor did I really miss it.

While in college, I took a cinema class as an elective and one of the films chosen for analysis was 2001: A Space Odyssey. Seeing it on the big screen for the first time was a jaw-dropping experience. I still didn’t fully understand everything, but also realized Stanley Kubrick probably never intended us to. What I once thought were liabilities were now some of the film’s most powerful moments...the long stretches without dialogue, the enormity and ominous silence of outer space, the striking simplicity of the Monolith and the detached malevolence of Discovery’s homicidal computer, HAL-9000, arguably one of cinema’s greatest non-human antagonists.

As for the freaky final act and “Star Gate” sequence, I comprehended it well enough to earn an A on my analytical essay, but whether or not it makes narrative sense is ultimately secondary to a sensory experience that can really only be appreciated in a theater. And though I didn’t include this observation in my essay, I concluded that 2001: A Space Odyssey’s ground-breaking visuals and cerebral themes would be absolutely mindblowing after a couple o’ big-ass bong hits. Too bad I gave that shit up...

...at least until I recently decided to spice-up my pandemic routine with a little blast from my past.

A lot has changed since then. Cannabis is legal where I live, which is a good thing because I wouldn’t even know where to begin scoring some without asking my kids. It’s also plentiful around here. There may be only one In-and-Out Burger in the entire state of Oregon, but we’ve got more weed shops within a stone’s throw than we have actual stones to throw.

I’ve changed a lot, as well. Much older now, I no longer party like it’s 1999, having given-up drinking and smoking years ago. Whereas I used to love the aroma of a freshly-sparked joint, I now find the smell repugnant. Besides, with some of my health issues, I doubt my lungs could handle it.

Fortunately, weed has changed a lot, too, as I discovered when I strapped on a face mask and drove to the shop near my house (that’s right, kids...cannabis dispensaries are essential businesses during the pandemic). Not only can you purchase it by-the-ounce or by-the-joint, there’s weed brownies, weed cookies, weed soda, weed juice, weed chips and weed candy. It all comes in a variety of strengths, from happy & mellow to “I hear helicopters in the kitchen.”

I chose the happy & mellow route with a “grape” flavored gummy. As for the movie...after decades of speculation, it was finally time to experience 2001: A Space Odyssey the way God intended. I even waited until just after sunset, lighting a few candles and claiming my spot on the sofa - with doughnuts for dinner! - to begin my journey. Then, before you could say “Just what do you think you’re doing, Dave,” I pulled the sticky candy from its package and popped it in.

But things didn’t turn out like I expected. First off, I gotta say that fucking gummy may have smelled like grape, but it tasted like ass. The urge to gag was strong as I chewed quickly and powered it down, then chugged an entire Coke to try and kill the lingering aftertaste. That’s when I realized weed shops aren’t all that different from Taco Bell. Sure, there’s a menu, but everything is pretty-much made from with same ingredients, just folded differently. Whether cannabis is sold as a cola or a candy, ultimately it’s all ass flavored.

Oh well, at least I was primed and ready. Bring on Kubrick! Bring on HAL! Bring on the brain-bashing monkeys! It was time to enjoy 2001 from a long-overdue, chemical-altered perspective.

Instead, I dozed-off about a half-hour later and slept through the rest of the night. For all intents and purposes, I essentially capped-off my Friday night with a dose of ass-flavored NyQuil, never once rising to the level of happy & mellow.

Saturday ended up being kind-of a blur. I was groggy and lethargic all day, not quite sleepy, yet too wiped-out to do anything but lay on the sofa in a thick fog and watch whatever happened to be on TCM that day. This wasn’t how I remembered weed making me feel. Concluding that I just wasn’t built to be a baked potato anymore, I think I’m content to ride-out the rest of this pandemic without chemical enhancement. Except for coffee, of course. That shit ain’t going anywhere.

From here on out, I’ll settle for simply being a couch potato, of which I’m already a fucking Jedi.

Over the years, 2001: A Space Odyssey went from being baffling and boring to one of my all-time favorite science-fiction films, second only to Forbidden Planet, which I can attest is really awesome after a few bong hits. 2001 probably is, too, but I guess I'll never know for sure.
Posted by D.M. Anderson at 10:36 AM