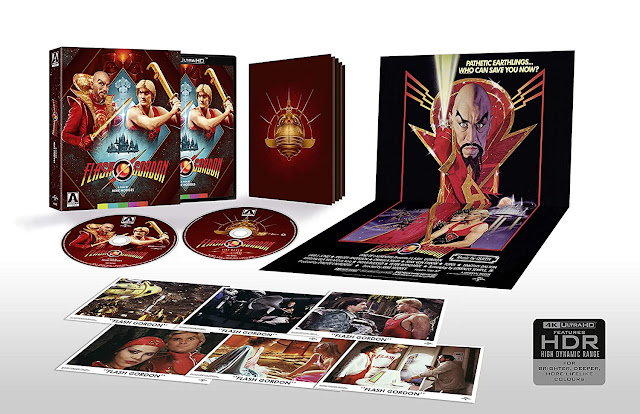 FLASH GORDON on 4K and Blu-ray 8/18
Super producer Dino De Laurentiis (Dune, Barbarella) brought Alex Raymond's beloved cartoon strip and the long running movie serial to the big screen with celebrated director Mike Hodges (Get Carter, Black Rainbow) at the helm, in a delirious space opera, where Flash is King of the Impossible! With endlessly repeatable dialogue, inimitable camp style, the sonic stylings of Queen and a delightful band of characters and actors playing them it's no wonder Flash Gordon has become one of the most beloved sci-fi spectacles of its era with directors such as Edgar Wright, Taika Waititi and Seth MacFarlane paying tribute to it in their work. Includes a fold-out poster, postacrds, supplementary booklet, new & vintage bonus features, as well as the 2017 documentary, Life After Flash. 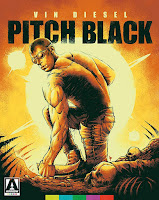 The Original PITCH BLACK on 4K and Blu-ray 8/18
A sci-fi/horror sleeper hit that birthed a franchise and launched the career of a new action movie icon, Pitch Black holds its own today as a nerve-shredding creature-feature in which the monsters outside finally meet their match against a monster within. Boasting crackerjack direction and a whip-smart script by David Twohy, as well as a star-making performance by Diesel, Riddick's first outing is freshly unleashed in an illuminating, brand new 4K restoration, with hours of exclusive bonus content, including new & vintage material and the classic animated short, The Chronicles of Riddick: Dark Fury. 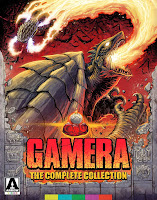 GAMERA: THE COMPLETE COLLECTION on Blu-ray 7/28
The original hero in a half-shell returns! For the first time ever worldwide, all twelve tales of the adventures of everyone's favourite titanic terrapin are collected together in one deluxe Blu-ray boxset. This limited edition collectors' set traces the decades-long evolution of Gamera, from the "friend of all children" in his more light-hearted earlier films, to the Guardian of the Universe in the groundbreaking 1990s reboot series, often hailed as three of the best kaiju films ever made. In addition to hours of new and vintage bonus features, this includes a Hardback 120-page comic book including a full-color reprint of the four-issue Gamera comic series originally released by Dark Horse Comics in 1996, and the first-ever English-language printing of the prequel comic "The Last Hope" by Matt Frank and Joshua Bugosh
Posted by D.M. Anderson at 3:29 PM