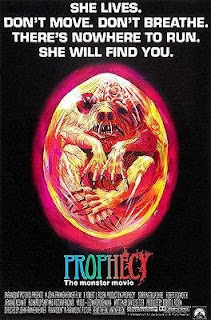 My friends and I finally had the chance to check-out Halloween when it eventually made its way to the Southgate Quad, just a quick 20-minute bike ride away. After buying tickets to one of the other PG rated films playing there, we snuck into Auditorium #3, which was packed with a bunch of other kids who had the same idea. God bless Southgate's non-existent security measures.

We emerged totally drained two hours later, pumping with adrenaline, knuckles aching from gripping the armrests and perhaps a tad self-conscious from occasionally screaming like schoolgirls around our peers. Halloween may seem a little quaint today, but you gotta remember that there was nothing like it at the time. Back then, the concept of a silent, relentless, unstoppable killer was new and terrifying. The film was so-well put together by young prodigy John Carpenter that I completely overlooked some of its wonkier aspects (who the fuck goes trick-or-treating at four in the afternoon?).

I’d seen horror movies before, but that Saturday night was when the bug really bit me. From that point on, I was ready for any scarefest Southgate’s management saw fit to throw on the screen next.

That next happened to be a little ditty called Prophecy, which dropped a couple of weeks later. I didn’t actually know what the word ‘prophecy’ meant, but the trailer, along with the tagline, “The monster movie,” made it impossible to pass up. Ever since I was little, I always had a soft spot for creature features, even if the belligerent beastie was a snot-coated mutant bear.

Robert Reed  Foxworth stars as Dr. Robert Verne, an environmentalist who’s hired by the EPA to investigate a dispute between a paper mill and the local Native Americans. He also brings wife Maggie (Talia Shire), who plays the cello but really serves no narrative purpose other than to react, scream and announce she’s pregnant. For that, Shire gets top-billing, presumably because Rocky made her the most famous face in the cast. Poor Mr. Foxworth, a talented guy who simply had the misfortune of looking too much like the Brady Bunch dad to have any marquee value (though he’s deceptively creepy in Damien: Omen II).

It turns out the mill has been dumping mercury into the nearby river, which spawns a variety of abnormally large animals, including the aforementioned snot-bear. Like the creature features of the ‘50s, Prophecy is also a movie with a message. But instead of the perils of nuclear testing, we’re made privy to the consequences of polluting the environment, though the science applied by screenwriter David Seltzer is kinda like suggesting windmills cause cancer.

But as a teenage city boy sitting in the theater that night, I didn’t give two shits about the environment. I just wanted to see snot-bear kill people. Sometimes the monster looks like a guy in a costume, other times a slimy puppet, but the death scenes are actually pretty cool and quite violent for a PG-rated film. My favorite kill involves a kid bundled in a sleeping bag, who explodes in a flurry of feathers after snot-bear hurls him against a boulder with the ferocity of a major league pitcher. The entire theater roared with laughter.

Speaking of which, Prophecy is quite often unintentionally funny...dumb, daffy and devoid of any genuine scares, despite a pretty sizable budget and the backing of a major studio. It’s a gloriously goofy film that ends up being terrific fun in spite of it’s dead-serious tone (or perhaps because of it). After it ended, almost everyone filing from the theater was chuckling and grinning. While the film didn’t have an iota of Halloween’s visceral terror, I can’t honestly say I felt ripped off.

But here’s the icing on the cake...Prophecy was directed by none other than John Frankenheimer.

Being 15, I was unaware of Frankenheimer’s name, talent and impressive body of work. This was the guy who helmed such heavyweight masterpieces as Birdman of Alcatraz, The Manchurian Candidate, The Train, Seven Days in May and Seconds. Even such comparatively-lighter fare as Grand Prix was a technical triumph, where Frankenheimer managed to turn auto racing into a cinematic ballet of speed. In the ‘70s, he was entrusted with a sequel to The French Connection and directed a crackling adaptation of Thomas Harris’ first novel, Black Sunday (parts of which were filmed during the actual Super Bowl). Those films all have unique qualities and quirks that eventually made John Frankenheimer one of my all-time favorite directors.

Which begs the question: Just who the hell thought a director known for atmospheric, adult-oriented dramas and complex thrillers was the right choice to shoot a guy in a monster suit? That’s like tapping Raymond Carver to write an Archie comic

Still, Frankenheimer took the job. Granted, he might have lost a step or two since his 1960s glory days, but it ain’t like his previous couple of films were flops, so maybe he was simply too snockered to notice how silly the story was. Not to speak ill of the dead, but he was a raging alcoholic at the time. Something tells me that a sober John Frankenheimer would have angrily called his agent back and indignantly stammered, ”A snot-bear? I have Burt-fucking-Lancaster on speed-dial! I made people take Rock Hudson seriously! I was nominated for the Palme d’Or! And why the hell is it called Prophecy, anyway???”

But alas, the call probably went something like this: (Cracking a beer open) “Sure (buurrrp), why not? Maybe I can get Bu(uurrrrrp) Lancaster to be the snot-bear (buuurrrrraaaaap).”

By most accounts, including David Seltzer’s, Frankenheimer was also pretty shitfaced during production, which might explain why Prophecy turned out the way it did. Sure, every great director pumps-out a pooch or two, either because they needed the money, were indifferent to the material or fell in love with the smell of their own farts. However, there isn't a single frame in Prophecy that would remind anyone it was directed by the same guy responsible for The Manchurian Candidate.

But you know what? I doubt Prophecy would have been nearly as much frivolous fun if Frankenheimer had laid off the sauce (or Burt Lancaster played snot-bear). Sometimes there’s nothing more entertaining than an inebriated individual trying to be taken seriously. The film and its forest setting even remind me of a time my intoxicated uncle tried like hell to scare us kids during a camping trip by pretending to be a killer-in-the-woods, but he lost his way back to the campsite. My aunt found him an hour later, sleeping against a tree. That incident made it the greatest camping trip of my life. In the right scenario, drunk people can be a lot of fun. Sometimes I wonder if the Prophecy crew ever found their director similarly passed-out in the woods.

I don’t know when or if John Frankenheimer ever conquered his demons, but it would be 20 years before he directed another decent theatrical film, Ronin, which was a glorious return-to-form. He passed away a few years later at the age of 72, leaving a legacy of bonafide classics. Prophecy isn’t among them, but I still have a soft spot for it.

As much as Halloween scared me back then, time and countless imitators have somewhat deluded its impact. With all due respect to its continuing influence on the horror genre, revisiting Michael Myers’ exploits is no longer as enjoyable as watching snot-bear biting the heads off loggers. Maybe that’s just how I’m wired, or maybe because, for better or worse, there isn’t another film quite like Prophecy.

So maybe there’s a little Frankenheimer in it, after all.