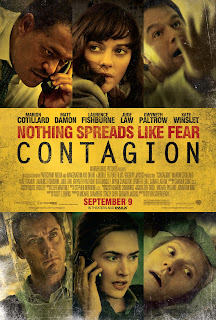 It’s currently morning in the Dave Cave. Coffee in-hand, I’m yet-again rage-quitting CNN as our Asshole-in-Chief yet-again turns a Coronavirus press conference into yet-another dumpster fire. Listening to him speak is painful, like a 7th-grader trying to bluff his way through a book report. Time to switch channels to The Herd with Colin Cowherd because some people still care which team Tom Brady signs with. And while I don’t agree with all of Colin’s opinions, at least he has an adult vocabulary.

Since learning Corona was more than just an overpriced beer, this has been my morning routine. I’m a teacher by trade, but that’s been put on hold, as has bowling, date night, taking in a ballgame and everything else worth blowing disposable income on. I’ve also been made painfully aware of my own personal hygiene, or lack thereof. It’s getting so a man can’t dig his own underwear from his ass while grabbing another slice of pizza without feeling guilty about it. But I guess a lot of our routines and habits are changing these days.

On the bright side – and we really do need to look at the bright side right now – my mechanic recently diagnosed an oil leak in my car that’ll set me back a grand, but since there’s nowhere to go for the foreseeable future, fuck that guy.

Another bright side is I have plenty o’ time to engage in my favorite pastime: watching movies...revisiting old favorites, checking out new ones I haven't gotten around to and putting together mini-festivals of thematically-linked films for the family to enjoy. One such program consisted of topical titles: The Satan Bug, The Andromeda Strain, Outbreak and – what has recently become the Star Wars of viral disaster flicks - 2011’s Contagion. Since my wife and daughters are generally more anxious than I am, only my cat joined me for this particular festival and even she left the room once the treats stopped coming.

Unlike The Andromeda Strain’s sci-fi trappings and Dustin Hoffman’s action heroics in Outbreak, what makes Contagion especially unnerving is that it’s the most-grounded in reality. Not that it’s a better film, but certainly more plausible. Anyone curious about the plot need-only turn on a news channel right now (except Fox, of course). A movie with no main protagonist, the film chronicles the rapid spread of a lethal virus – labeled MEV-1 - from the perspectives of specialists, doctors from the CDC, victims and everyday folks subjected to quarantine. We see the breakdown of services we usually take for granted, mass graves, false information spread by conspiracy theorists and the overall fragility of our society.

What I found interesting – if not a little troublesome – in revisiting the film is the copious amount scientific jargon I suddenly understood thanks to the pesky intrusion of real life. Unlike your typical sci-fi epic, screenwriter Scott Z. Burns didn’t pull all that tech-speak out of his ass. For a movie simply intended as cautionary entertainment, Contagion’s scientific accuracy and new-found cultural relevance is distressing. As disaster movies go, if life must imitate art, most would agree that something like Twister would be preferable. Unless you live in a trailer park, of course.

It might seem a little masochistic to endure a film with a plot that’s more-or-less unfolding in the real world. But my cat and I aren’t exactly alone. As of this writing, Contagion is currently the fourth most popular title available on iTunes. The rest of its Top 20 films are less than a year old. Why would we do that to ourselves?

While I can’t speak for everybody, three reasons immediately come to mind:

First, being a disaster movie at-heart, Contagion naturally presents a worst-case scenario. Not to downplay the seriousness of COVID-19, but the movie’s virus is far deadlier, its apocalyptic implications more dire. Things may be bad out in the real world right now, but it could be a lot worse. Maybe we’re drawing comfort from that.

Second, despite the terrifying scenario, ruthless proliferation of the virus and staggering body count, Contagion is ultimately an optimistic film. The authorities know what they’re doing, methodically attacking the pandemic with all the resources at their disposal without petty politics or finger-pointing. The one character who does exacerbate the problem, touting conspiracy theories and fake cures, ultimately gets what he deserves. And most assuredly, a vaccine is created relatively quickly, saving millions.

In reality, a real vaccine is probably a year away at best and we’re seeing a whole lot of nothing from our own self-serving leaders. There’s something seriously wrong when the gal who sells me Powerball tickets at 7-Eleven is forced to keep risking her health for minimum wage, while certain senators managed to sell-off their personal stock holdings before acknowledging there was even a problem. But the last thing anyone wants to see in a disaster movie is how irrevocably fucked we are, and Contagion does offer a string of hope for humanity, no matter how far off the mark it might be.

Finally, a big reason for revisiting Contagion may be its valuable parenting tips. Protective father Mitch Emhoff (Matt Damon) keeps his teenage daughter and her boyfriend separated during the outbreak. He’s immune, but that’s no guarantee she is. Later, once she gets vaccinated, Matt makes it up to them by setting up a prom date in his living room, even decorating the place and picking out the music. It’s a heartwarming moment that certainly plays into the movie’s optimistic coda: Slowly but surely, life will return to normal.

My youngest daughter, Lucy, is 15 and currently in a relationship with a guy named Tonio. Social distancing has kept them apart longer than they’d like and I suppose there’s an outside chance COVID-19 could hamper any future prom plans. That’s when I’ll step in. As a parent, I can’t think of a more comforting scenario than my daughter attending her “prom” under Dad’s watchful eye. Don’t get me wrong...Tonio’s a nice enough guy, but also a teenage boy and therefore a scoundrel. I’m sure both kids would not-only appreciate my Motorhead playlist, but a periodic reminder to Tonio, “Keep yer filthy fuckin' man-mits above the waist!”

So there’s a bright side to everything, even the Coronavirus. All we need to do is keep reminding ourselves of that. So far, my family is healthy, happy and spending plenty of quality time together. I’m fortunate that the pause in my profession allows me indulge in my favorite pastime without worrying about the mortgage. In fact, my only real concerns right now are finding toilet paper and making sure I don’t end up looking like Jabba the Hut once it’s all over.

Here’s hoping all of you find your bright side.
Posted by D.M. Anderson at 8:53 PM