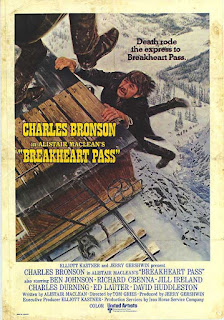 Man, getting older is freaking awesome.

Remember when you were a little kid and falling down was part of your daily routine? Depending on the activities you engaged in, repeated face-plants were an expectation, after which you simply got back up, picked the gravel from your skin and went about your business. But as you get-on in years, falling becomes an event unto itself because you're seldom in situations where succumbing to gravity goes with the territory, and chances are this unexpected encounter with pavement could do a lot more damage than it did when you were six. It also tends to turn that next journey up the ladder into a potential Indiana Jones adventure.

Speaking of pain, I sure love those sudden unexplained internal bursts you sometimes feel for no discernible reason whatsoever. It's especially nice when they occur in the torso area...you know, where most of the stuff you actually need for survival is located. What could be causing such pain? Cancer? Cardiac arrest? Did something vital simply decide to explode? The possibilities are endless and your mind entertains the worst of them, all of which end in death. However, when your doctor informs you it's just intestinal gas, his news feels nearly as good as that moment you stop hitting yourself with a hammer.

The best part of aging are the constant daily reminders of how old I really am. I'm no longer in the demographic sweet-spot coveted by advertisers and most media sex symbols are my oldest daughter's age. I'm never carded for buying beer at the supermarket, where baggers sometimes presumptuously ask if I need assistance hauling my groceries to the car. I can't relate to any music on the radio and feel the same way about rap that my parents did about heavy metal. I get junk mail from the AARP and regular reminders from my doctor I'm overdue for a colonoscopy. People in their 30s wax nostalgic for the 1990s while I still remember the 70s like they were yesterday.

But by far, my biggest reminder of the mercilessness of time is some of the movies I grew up with have started popping up with more regularity on TCM (Turner Classic Movies), beginning with Breakheart Pass.

TCM is a wonderful channel which allowed me to forgive Ted Turner for having the balls to colorize Casablanca in the 1980s. Some of you may be too young to remember AMC before they went into the Breaking Bad business, but the acronym used to stand for American Movie Classics and aired nothing but old films with minimal commercial interruption. Today, AMC is to movies what MTV is to actual music. TCM came along in 1994 to fill the void, showing films uncut with no commercials. And for the most part, the "CM" in TCM still stands for classic movies, the stuff Netflix and Redbox seldom bother with.

Not too long ago, it was Charles Bronson Day on TCM. They aired some of his all-time classics along with forgotten films like Villa Rides, Chato's Land and, to my horror, Breakheart Pass. I've always liked Charles Bronson and feel he never really got his due as an actor. He didn't have a ton of range, but was perfect for his roles and has appeared in some of my favorite classics, such as The Great Escape, The Dirty Dozen, The Magnificent Seven and Once Upon a Time in the West. But while those films were already old when I first caught them on Channel 12 on Saturday afternoons, I saw Breakheart Pass in theaters when it was brand new.

Certain memories fade over time, of course. I have only a vague recollection of my first kiss and the name of that lucky recipient. Hell, it's sometimes hard to remember what I had for dinner the night before. But, just like people who can still ramble-off their phone number from the house they grew up in, I vividly recall when and where I've seen nearly every film I ever paid to watch in a theater. My younger sister and I saw Breakheart Pass at the Jantzen Beach Tri-Cinema in 1975. The theater was part of Jantzen Beach Center, a mall located in Northeast Portland where an amusement park previously stood for nearly 50 years. I have no memory of the amusement park, which went out of business in 1970, but the carousel was restored to its original glory and continued operating inside the mall itself.

Mom and Dad would drop us off while they attended Portland Buckaroos hockey games. The Buckaroos were a minor league team that used to play in the Memorial Coliseum, but in their waning years as a franchise, were regulated to a tiny ice rink that seated a few hundred fans and shared the same parking lot as the mall. My parents (Dad especially) were die-hards who went to games nearly every weekend. On one particular Saturday, we had already seen the lone kids' movie playing (Disney's re-release of Blackbeard's Ghost) and since the other choice was rated R, Breakheart Pass it was. I don't recall me or my sister expressing any specific desire to see this film, but it was rated PG and, for me, simply going to the movies was always enjoyable, regardless of what was playing. It was also cheaper for my folks than buying two extra hockey tickets.

Speaking of movie ratings, PG was a lot different back in 1975. Today, PG is usually assigned to family films and animated fare for such vaguely amusing reasons as “thematic elements” or “rude humor.” Within the first 20 minutes of Breakheart Pass, a telegraph operator is unexpectedly shot point-blank in the head, the bullet leaving a fairly sizable exit wound in the back of his skull. That scene sort-of traumatized my sister (who was 9 at the time) and its sudden ferocity remains pretty potent even today (my wife gasped at this cinematic sucker-punch as we were watching TCM).

Even G-rated movies could be relatively hardcore back in the fun-loving 70s. 1971's The Andromeda Strain, with its brief-but-revealing glimpse of a dead woman's boobies, and Beneath the Planet of the Apes, where Chuck Heston is shot through the heart just before he triggers a doomsday bomb that obliterates the entire world, were given the same G rating as Walt Disney's The Aristocats. So either the MPAA thinks today's children are a bunch of pampered pussies, or the organization never knew what the fuck they were doing in the first place. Perhaps it's a little bit of both.

Despite eventually appearing on TCM to make me feel absolutely ancient, to consider Breakheart Pass an actual classic is probably being generous. But following 1974's Death Wish, Charles Bronson was a bankable action star who cranked out a couple of solid potboilers every year. None were high art, but usually a lot of fun and infinitely better than any of the career-stains he made in the 1980s for Cannon Films (who also gave Chuck Norris a bigger film career than he deserved).

Based on a novel by Allistair MacLean (who also wrote the screenplay), Breakheart Pass is a western/murder mystery set primary on-board a train bound for a military outpost where a diphtheria epidemic has broken out. They're supposed to deliver medicine and troop reinforcements, but when people go missing or start dying, it's obvious one or more of the passengers is a murderer. Bronson plays John Deakin, a notorious outlaw apprehended by Sheriff Pearce (Ben Johnson), who convinces Army Major Claremont (Ed Lauter) that Deakin must come along to face justice at their destination point. Meanwhile, everyone aboard is a suspect in the ongoing killings, which features a pretty impressive cast of actors where you go, “Hey, it's that guy. You know...what's his name.” As the story progresses, not everyone is what they seem, including Deakin himself, who turns out to be an undercover secret service agent. This journey is no rescue mission, either; the train is carrying stolen weapons and explosives for an illegal sale that involves notorious outlaw Levi Calhoun (you know...that homicidal tough guy from The Longest Yard...what's his name).

Aside from being a serviceable, mildly-entertaining diversion - and the aforementioned bullet-to-the-head scene - there's nothing especially unique, memorable or special about Breakheart Pass. Historically, it's just another Bronson vehicle made to cash in on his popularity. Now, it's just another old movie to fill TCM's schedule on Charles Bronson Day. The whole cast is now dead, the Buckaroos franchise has long-since folded and the original Jantzen Beach Center was bulldozed decades ago, including the theater and ice rink, as progress heralded the arrivals of superstores like Target, Best Buy and Home Depot. Even the landmark carousel is gone.

Sitting with my wife and watching Breakheart Pass for the first time since 1975 was a sobering experience. I vividly recall sharing popcorn with my sister in Auditorium #2 of the Jantzen Beach Tri-Cinema and staring up at Bronson's walnut face as though it were last weekend. Somehow, it doesn't seem right for the film to end up on TCM, not when I don't yet feel as old as most of the channel's other programming.

As I write this, I'm 53 (incidentally, the same age as Charles Bronson when he was making Breakheart Pass). The everyday aches and pains of age notwithstanding (which I could probably remedy by stepping on a treadmill more often), 53 only feels old when I say it out loud, or when my seventh grade students act as though being in your 50s is an affliction to which they're immune. I suppose part of me always knew many of the movies I grew up with would likely show up on TCM...someday, when I really was old. Breakheart Pass is a subtle reminder that "someday" almost always arrives before you're mentally prepared.

Thanks for the detailed description of the original experience. That's the stuff that first got me into blogging.