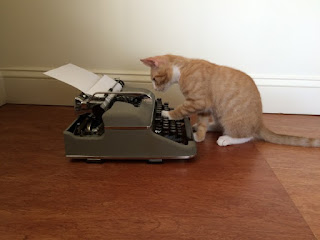 If you love movies as much as we do and enjoy writing about them, feel free to submit some of your work. Aside from the occasional review screener we can pass along, all we can really offer is a by-line and exposure. As long as you're a decent writer familiar with the basic mechanics of written English, we're open to checking-out anything film related, especially the following:

Essays - About a particular film, genre or era. They can be informational, analytical, retrospective, nostalgic, personal narratives, humorous...whatever. We are old school and especially fond of pieces about films released prior to 1990, but are open to pieces about almost anything or anyone (except superheroes...there are already enough fanboy pages out there).

Lists - Best-of lists, worst-of lists, all-time lists, funny lists, angry lists or anything else that makes us purr (we know it when we read it). Again, FKMG is especially interested in the past, so any all-time list must encompass all-time, not just the last couple of decades.

Reviews - Well-written reviews of theatrical films (including pre-1980 retrospective reviews), Blu-Rays/DVDs, film-related books, soundtracks. We are not interested in what's on Netflix or any other streaming service. We can occasionally offer Blu-Ray & DVD screeners to writers whose work we've read, but you'd have to commit to reviewing it in a timely manner upon receiving (that means a deadline). With rare exception, FREE KITTENS MOVIE GUIDE only features reviews of physical copies.

Show off your collection! - We'll soon be sharing a monthly feature called "Movie Collection of the Month." If you have a home video collection to die for, send your pictures!

If hanging out with the kittens sounds good, shoot a sample of your writing to freekittensmovieguide@gmail.com