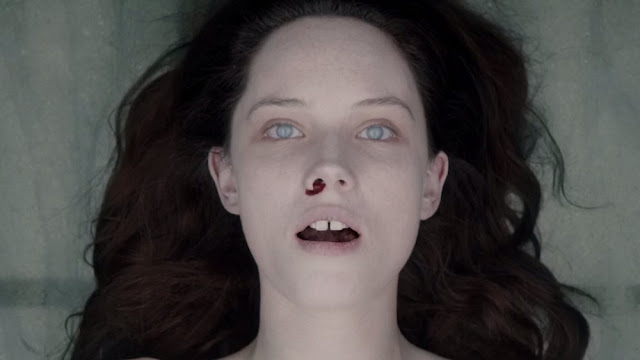 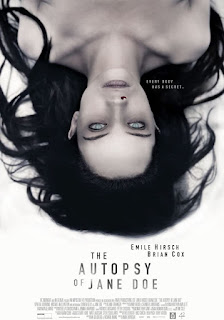 As parents, we never really stop worrying about our kids.

My oldest daughter, Natalie, is in her twenties and earning a college degree in microbiology. For the most part, she has grown to be an intelligent and responsible young woman. Personally speaking, I've been luckier than other parents I know, whose kids went through various tumultuous stages during their teenage years. I count my blessings that Natalie never felt compelled to drink or do drugs, never stayed out past curfew, never wrecked the family car or even got a speeding ticket, never alienated friends & family by getting stupidly twitterpated over a boy...all things yours-truly subjected his own parents to by age 17. Except for the twitterpated-over-a-boy part. Otherwise I probably wouldn't have a daughter to talk about, would I?

It hasn't all been sunshine & lollipops. Natalie developed some weird-ass taste in music, never-once following her old man's footsteps by raising devil horns in the name of all things metal. Worse yet, she has little interest in movies. Oh, she'll watch one on occasion, but usually while multitasking with a phone in her hand. Blasphemy! While I wasn't exactly grooming Natalie to be Mini-Me, her general disinterest in the things I hold sacred sometimes has me wondering who my wife was fucking 25 years ago.

Aside from a near-death experience when she had the audacity to declare her dislike of the original Star Wars trilogy while I was in the room, we both survived her impressionable years relatively unscathed. But even now, there are moments when she briefly concerns me, such as the last time we watched a movie together.

I have a love-hate relationship with horror films. As much as I enjoy the genre, the bad ones far outweigh the good ones and I've seen so many over the years that I can usually tell the difference within couple of minutes. Sometimes not even that long. I'll immediately quit a found-footage film or anything that opens with a carload of teenagers.

Call me jaded, but the older I get, the less most movies actually scare me. Good ones offer more than gratuitous jump-scares. Great ones have interesting characters and maintain a chilling tone & atmosphere. Exceptional ones make me think about them long after they're over. Cult classics incorporate all those ingredients and top it off with a dollop of originality. The Autopsy of Jane Doe checks off all those boxes, and I suspect people will still be watching and talking about this one long after they've forgotten the likes of Annabelle or Slenderman.

The film takes place almost entirely in a morgue run by local coroner Tommy Tilden (Brian Cox), who's assisted by his son, Austin (Emile Hirsch). Following a violent multiple homicide, the police bring in the body of a unidentified young girl. But unlike the other victims, she was partially buried in the basement and shows no outward signs of having been killed in the same house.

That evening, Tommy and Austin begin the autopsy - which is lengthy, methodical and extraordinarily graphic. As it progresses, they make increasingly unnerving discoveries, such as traumatic injuries that would be impossible to inflict without leaving external evidence...charred lungs, shattered wrists & ankles, scarred organs. She could have died in a variety of ways, all of them inexplicable, all of them horrific. They also discover a few creepy-ass foreign objects inside the body, some marked with symbols and numerals related to atrocities committed centuries earlier...in the Northeast...in Salem...

Meanwhile, things begin occurring to suggest Jane Doe might only be mostly dead (to coin a phrase). Trapped in the morgue with her – with a sudden storm outside growing worse - they feel the only way to escape might be to learn how and why she died in the first place. Dark, gruesome and consistently unnerving, The Autopsy of Jane Doe makes the most of its claustrophobic setting, which is creepy as hell even before the shit hits the fan. Cox and Hirsch are good in their roles, but extra kudos have to go to Olwen Catherine Kelly, who “plays” Jane Does. Granted, she has no dialogue, nor is she required to emote whatsoever. But just think about how hard it must have been to convincingly play a naked corpse for an entire movie, not-once breaking the illusion that she's anything but stone dead.

The Autopsy of Jane Doe is ghoulishly compelling from beginning to end, so I just had to share it with my younger daughter, Lucy, who loves horror and has become just as discriminate. She loved it, too, and later convinced her big sis to sit with us for another go-round. Though she only has an occasional taste for terror, Natalie enjoyed it, too. Quite a bit, actually. In fact, she found it downright inspirational.

During an early moment when Austin begins helping his father with the autopsy, Natalie scoffed, “That's not how it works. You don't get to go to work with dad like a summer job. You have to have a coroner's license.” Far be it from me to doubt her. After all, she's the one going for a science degree. So I shrugged and said, “Well, for the sake of a movie, you can.” But soon after, it's established that Austin's a certified assistant. “Ahhh,” Natalie nodded. “that makes sense.”

The next day, guess who was at her computer, Googling the requirements to become a certified coroner's assistant. “Autopsies are cool!” she chirped a bit too enthusiastically.

In the '80s, flashy fare like An Officer and a Gentleman and Top Gun convinced a lot o' folks they'd be dropped into cockpit of a fighter plane the second the they joined the Navy. As a teacher of 20+ years, I've known dozens of idealistic young educators inspired by a movie to become BFFs to classes of delinquents. And God only knows how many gullible rubes have been coursed into becoming lawyers, cops, doctors, crime scene investigators and a slew of other professions that have been romanticized by Hollywood. Even Jackass makes being fatally stupid look like a hell of a good time.

But The Autopsy of Jane Doe does not romanticize morgue work. Your workplace is dank and oppressive. You're slicing open corpses, removing organs, breaking rib-cages, probing into throats, sawing skulls. Not only that, you're surrounded by other dead people, not all of whom left this world peacefully. It's fascinating to watch, but sure as fuck didn't inspire me to make a career change. When you throw in the remote possibility of 300-year-old murderous cadaver, I'm pretty sure the only worse job would be working as a Starbucks barista.

Natalie, however, is apparently wired differently. Based on the horrifying facts about bodily functions she regularly regales us with at the dinner table, I always knew she was into gross stuff (or at least grossing us out). But I found it a bit alarming that she was inspired by one of the more graphic horror movies I've seen in recent years to consider such a career move. I can picture her a few years from now...wrapped in a bloodied Hello Kitty smock, hunched over a bullet-ridden corpse while clutching a fistful of rusty scalpels. K-pop blasts from her AirPods and she tries humming along to keep from giggling. An occasional string of drool leaks from behind her surgical mask. And every now and then, she glances around to make sure no one is watching, then pockets another sample to take home to her cats.

Yeah, I'm probably overreacting a bit, but now I know how my parents felt when an Iron Maiden concert briefly inspired me to save-up for a guitar and start a metal band. Surely such a decision would condemn me to a life of poverty, heroin and syphilis...or worse yet, still living with them at 40.

Of course, Natalie's just inquiring at this point and it ain't like being a coroner is disreputable work (nor would she contract syphilis). But if it turns out carving up the dead makes her happy, that's ultimately what's important. I just think it's morbidly amusing she was inspired by a gory horror film. At least we weren't watching The Texas Chainsaw Massacre that night, which might have inspired her to open a barbecue shack.
Posted by D.M. Anderson at 11:52 PM