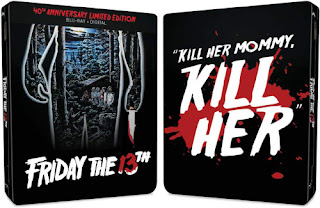 Of course, it's a lot easier – and cheaper - to find your favorite music on YouTube or iTunes or however-the-hell my kids get it for free. But what's the fun in that? You miss-out on the album experience: big, colorful cover art, lyrics sheet, photos and the tactile pleasure of slipping the record from its sleeve, throwing it on your turntable and dropping the needle.

I've more-or-less said the same thing (numerous times) to my bemused kids, right before getting off my soapbox and strolling to the counter of our local record store to shell-out $29.95 for an Emerson, Lake & Palmer album I already own on CD. They didn't get it. For some music lovers of a certain age – Boomers, as my kids would say – the whole package is just as important as the songs themselves.

Movie collectors feel that way, too. Sure, most titles are available to download or stream, but it's not the same as displaying your hard-earned collection of DVD or Blu-ray titles on a shelf (probably multiple shelves). And to the amusement of your millennial urchins - or chagrin of your significant other - there's always more ways to improve that collection...even for aesthetic reasons.

For example, I'm about 90% certain most of you reading this have not-only seen the original Friday the 13th, but own it in one format or another. So I'm saying up-front that this 40th Anniversary Edition contains no new bonus material, nor is the video or audio upgraded. Other than the new SteelBook packaging – and a digital code, which I doubt any Boomers care about – this is the exact same version of Friday the 13th Uncut that's been available on Blu-ray for over a decade. Not only that, it ain't much cheaper than the 8-movie collection Paramount released just a few years ago.

But if you're still reading, chances-are you were sold at 'SteelBook.' If DVD slipcases are home video's equivalent of a paperback, then SteelBooks are the classy hardcovers, created for the sole purpose of telling the world, “This guy's a serious collector.” As such, Friday the 13th is impressively packaged. The front features the iconic artwork & logo from the original poster, which went a long way in selling the concept to bloodthirsty teens back in the day. Scrawled across a blood-spatter on the back is the film's most memorable – and chuckleworthy – piece of dialogue: “Kill her, Mommy. Kill her!” Lining the inner tray is a three-color, minimalist rendering of Crystal Lake.

Say what you will about the quality of Friday the 13th (or the lack thereof), the promotional artwork for the entire franchise – especially the Paramount releases – was always uniquely creative. What old-school horror fan wouldn't want a bit of that on-display at home? The movie is a definite product of its time, just like my $29.95 Emerson, Lake & Palmer record. But for some of us boomers, nostalgia trumps practicality.

EXTRA KIBBLES
"FRIDAY THE 13TH REUNION” - A convention appearance featuring some of the cast & crew - including Betsy Palmer & Tom Savini – who discuss their participation. Palmer is especially amusing.
"THE MAN BEHIND THE LEGACY” - Producer-director Sean S. Cunningham puts the film in perspective.
"LOST TALES FROM CAMP BLOOD, PART 1” - The first of a series of side-shorts that have appeared as extras on other disc releases from the first 8 films).
"SECRETS GALORE BEHIND THE GORE”- Take a guess.
"THE FRIDAY THE 13TH CHRONICLES” & “FRESH CUTS” - Two interesting making-of documentaries.
AUDIO COMMENTARY – Including Cunningham & writer Victor Miller
DIGITAL COPY – The original R-rated version 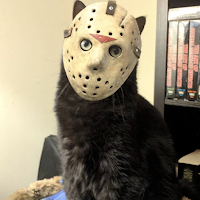