THE WORST MOVIE I HAVE EVER SEEN 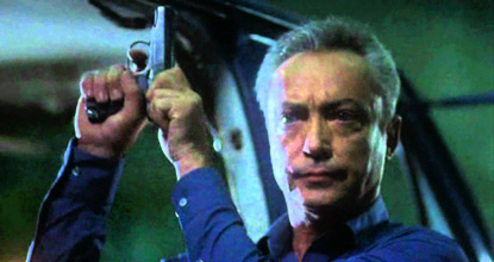 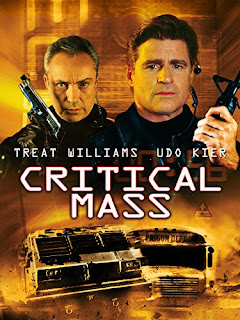 Since I frequently write about movies, belong to several online discussion groups and even teach a film studies class at my middle school, the subject of the “best of all time” often comes up. Best of a certain genre, best of a particular year and best remake of a classic are common topics for debate. Then of course, there’s the Big Kuhuna...the single greatest movie of all time.
As I’ve learned from seventh & eighth graders over the years, “all time” generally means their time. Society was a cultural black hole before they were born. Thus, anything with Dwayne Johnson or Marvel in the credits is usually the greatest of all time. That’s to be expected, though. When I was their age, I declared Jaws to be the greatest film of all time.

But 45 years later, I still think Jaws is the greatest film of all time. Sure, like any kid, something shiny & new would come along to briefly takes its place, like Star Wars or Escape from New York or Halloween. But then I’d revisit Jaws and back it would swim to the top of the list. For me, Jaws isn’t just a great film; it remains a nearly perfect film.

While I suppose it’s possible some of my current students will be saying the same thing about Ant-Man and the Wasp at their 40 year reunion, time tarnishes most shiny pennies. In any generation, precious few movies manage to avoid becoming mere nostalgia.

Of course, conversations about what’s best often leads to what constitutes the worst. Those arguments are occasionally heated, especially in discussion forums. You gotta love butthurt fanboys and cinema snobs who are blinded to any opinions other than their own.
Over the years, I’ve casually thrown-in various candidates for my worst film...from childhood cheesefests like The Giant Spider Invasion and Tentacles to such modern misery as Batman v. Superman and (insert Adam Sandler/Tyler Perry title here). But until now, I never sat down and gave serious thought to what’s truly the very worst movie I’ve ever seen, numero uno on my personal shit parade. After all, The Giant Spider Invasion at-least has camp value, and while I think Madea is one of the most obnoxious, irritating movie characters ever created, I’ve never doubted Tyler Perry’s sincerity...or his integrity.

So with the current global pandemic allowing me more spare time than the Surgeon General recommends, I finally made the effort to weed-out the contenders and pretenders to pick the true titan of terrible from the thousands of films I’ve seen in my lifetime. It wasn’t easy, but after careful deliberation and – ugh – choking back my gag reflex to watch it again, the award for the worst film of all time goes to…

Years before starting Free Kittens Movie Guide, I had the opportunity to write DVD reviews for another website. The webmaster was a friend of mine, and while I appreciated getting free discs in exchange for my work, he mostly kept the big, high-profile titles for himself. Every couple of weeks, I’d get a stack of movies I would have never chosen to watch on my own...critical or box office flops, low-budget obscurities, exercise videos and a lot of straight-to-video stuff from Artisan Entertainment. In one of those stacks was Critical Mass.

What can be said about a no-budget movie that manages to fashion yet-another variation of Die Hard by bookending it with extensive footage from two other large scale action films? Well, I suppose kudos should go to the conniving filmmakers who had the shiftiness to raid the Carolco vaults for action scenes they couldn't afford to shoot on their own (Artisan owned Carolco at the time, saving even more cash). This wasn't exactly a new practice. Low-budget filmmakers have often borrowed stock footage or brief action scenes from other pictures because it was cheaper to utilize an existing explosion than opening your wallet for a new one. But I’ve never seen the practice abused like it is in Critical Mass, a film that not only borrows epic scenes from Terminator 2 and Universal Soldier...the very story is created around them.

The film begins with an elite group of terrorists disguised as a S.W.A.T. team (led by Udo sure-I’ll-do-your-movie Kier), who infiltrate the headquarters of Cyberdine Systems (yes, the very name used in Terminator, eliminating the expense of a new sign). Their objective is to nab radioactive materials in order to construct a bomb, but a security guard manages to trigger an alarm. Soon the building is surrounded by police. It's at this point that the film lifts all of the action footage from the attack-on-Cyberdine sequence in Terminator 2, right up through the S.W.A.T. van escape and helicopter chase. Someone who'd never actually seen T2 may be initially impressed, unless they notice the massive devastation Kier manages to inflict on all the surrounding police vehicles with a relatively small machine gun (unlike the billion-round-per-minute cannon Arnold toted around for the same purpose).
After their escape, the terrorists seize a nuclear power plant – which looks like a plain-old warehouse - to detonate the bomb they've constructed. But they didn't count on one man: a security guard played by Treat Williams (who apparently no longer has any shame whatsoever), a senator (Andrew Prine) and his press secretary (Lori "Full House" Loughlin). Williams assumes the Bruce Willis role of single-handedly dispatching the terrorists to prevent disaster, which shouldn't be too tough, since these "elite" terrorists look more like they’re ready for 18 holes of golf than triggering a nuclear catastrophe.
The low-budget, low-wattage action sharply contrasts the "borrowed" footage and any lame plot twists that ensue will be accurately predicted by the average viewer at least ten minutes before they occur. As in the beginning, the climax consists entirely of scenes from another Carolco film, this time the armored truck chase from Universal Soldier.
Critical Mass is directed by Fred Olen Ray, who helmed such favorites as Thirteen Erotic Ghosts, Bikini Airways and that Oscar-baiting classic, The Brain Leeches. For decades, he’s managed to crank-out an average of six films a year, most with equally lurid titles (though he’s recently been keeping the lights on by directing made-for-TV Christmas movies). So yeah, he’s a hack, but that’s not why Critical Mass is such a crapfest. The movie’s utter cynicism is what ultimately kills it. Swiping all of your biggest scenes from two of the ‘90’s most iconic action films displays an unparalleled level of contempt for the intelligence of its audience. What self-respecting action movie fan isn’t gonna call immediate bullshit on that?

It's also pretty sad to see Treat Williams slumming like this, looking painfully-aware of his career’s downward trajectory. If Dancing with the Stars was around in those days, busting-a-move on that show would have been a step up (even if he was eliminated in the first round). As for co-star Lori Loughlin...because of her involvement in the recent college cheating scandal, she should've been sentenced to watch this film every day for five years. Trust me, she’d be begging the judge for a lethal injection instead.

It just occurred to me that this essay might be the most anyone has ever written about Critical Mass. I might even be one of the only guys who’s ever bothered to intentionally watch it twice. But I did it all because I’m really fucking bored to finally establish, once and for all, the single worst movie I’ve ever seen, one that isn’t even entertaining in a so-bad-it’s-good way. It makes Die Hard clone Sudden Death look like Citizen-fucking-Kane, cynically slapped together by arrogant profiteers who assume the audience is too stupid to know the difference.

But my masochistic efforts are not in vain. Like my continuing love for Jaws, it's an assessment I think will stand the test of time. From now on, whenever reviewing a film of questionable quality, I have a concrete standard for comparison: Sure, it’s bad, but is it Critical Mass bad?
Posted by D.M. Anderson at 12:44 AM

I will add my choice for worst film ever made as the Manitou starring Tony Curtis a 70's drive in loser.!