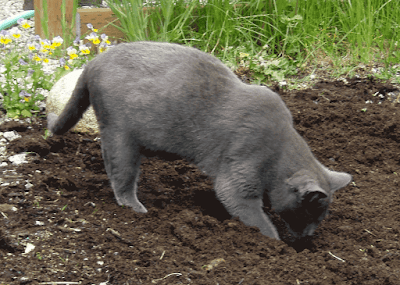 I normally try to avoid Dollar Tree because the one near my house is like entering the fourth circle of Hell. Claustrophobic, dirty and haphazardly stocked, it usually looks like their supply truck simply drove through the front window and exploded.

Still, their periodic “Weekly Wow!” ad featuring Blu-ray titles is enticing enough for me to arm myself with a face-mask & crash helmet to enter the circle. More often than not, their selection is already picked clean of everything except exercise videos. But every now and them, I time it right and find some interesting stuff (and off-brand pork rinds)...

THE BELKO EXPERIMENT (DVD) – This is a pitch-black comedy that has an attitude similar to Ready of Not. Though not nearly as funny, it's a gory good time. I'd have rather found it on Blu-ray, but I'd spend more on gas hunting it down at other Dollar Trees than simply picking it up for five bucks on Amazon. 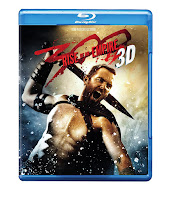 300: RISE OF AN EMPIRE (Blu-ray) – Though it's a sequel no one asked for, this follow-up to one of Zack Snyder's two good films has boasts one thing the original doesn't...Eva Green (mee-ow!). Elsewhere, you have more of the stylized battles & bloodletting that made 300 visually interesting, though the novelty has worn off. A 3-D version is also included, but who cares? 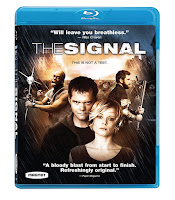 THE SIGNAL (Blu-ray) – This is the movie Cell should have been. Presented as three linked chapters that are different in both tone and execution (the result of three directors), a mysterious signal transmitted through TVs and cell phones starts turning people homicidal. Though filmed on an low budget, the film manages to convey the apocalyptic implications of its concept. The hilarious second chapter alone makes this one worth the change in your pocket. 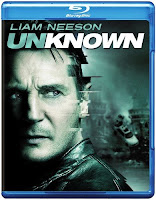 UNKNOWN (Blu-ray) – Surely, a dollar is a paltry price to pay to enjoy watching Liam Neeson once again kicking-ass in the name of senior citizens everywhere. Unknown isn't as much fun as Taken, but it's got an interesting story and a few surprises up its sleeve.
Posted by D.M. Anderson at 1:35 PM