Blu-Ray Review: HARLEY AND THE DAVIDSONS 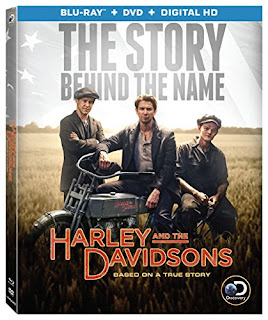 This three-part miniseries, which first aired on the Discovery Channel, will be of great interest to Harley-Davidson aficionados. However, anyone looking for dramatic storytelling may find it less compelling.

The first episode is easily the strongest, which depicts the humble beginnings of meek-but-brilliant engineer Bill Harley (Robert Aramoyo), opportunistic huckster Arthur Davidson (Bug Hall) and his strong-willed, rebellious older brother, Walter (Michiel Huisman). From the construction of their very first motorbike, these guys' struggle to find support to compete with other manufacturers and make a brand name for themselves is an interesting rags-to-riches story. Their primary rival is George Hendee (Philip Brodie), the unscrupulous founder of Indian motorcycles, who is both contemptuous and envious of these young upstarts.

All the while, we see the evolution of what would someday become the gold standard of motorcycles. While bikers and motorsports enthusiasts will find this fascinating (the technical development segments seem pretty authentic), Harley and the Davidsons starts to lose its dramatic footing about halfway through, becoming more inconsistent and episodic. Some potentially major plot developments are briefly touched upon before being almost too quickly resolved or forgotten about altogether. For example, episode two ends on a massive cliffhanger, with Indian spearheading a lawsuit against Harley-Davidson for patent violation, which could destroy the company. Yet, episode three simply picks things up ten years later; neither Indian or the lawsuit are mentioned again and we never learn how Harley-Davidson overcame this devastating development. It's almost as though an entire episode is missing.

Overall, the performances are decent (though the aging make-up isn't) and even though the three lead characters aren't particularly dynamic, we genuinely grow to like them. There's also some nice attention to period detail and great pleasure to be had in watching these machines become faster over the years, winning races and leaving their competition in the dust. Harley and the Davidson isn't going to sweep the Emmys or anything, but motorheads are sure to enjoy it.

EXTRA KIBBLES:
“The Making of Harley and the Davidsons”
“Biketacular” (an hour-long special which first aired on the Discovery Channel; countdown of the greatest motorcycles ever built)
DVD & Digital Copies 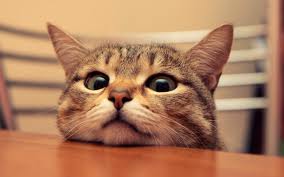