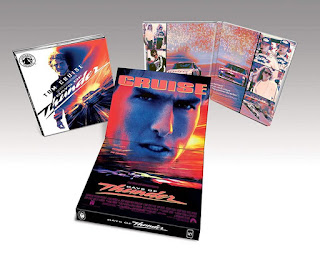 From the engine roar and fever pitch of professional stock car racing, Days of Thunder explodes with some of the most spectacular racing action ever captured on film. Tom Cruise plays race car driver Cole Trickle, whose talent and ambition are surpassed only by his burning need to win. Discovered by businessman Tim Daland (Randy Quaid), Cole is teamed with legendary crew chief and car-builder Harry Hogge (Academy Award winner Robert Duvall*) to race for the Winston Cup at the Daytona 500. A fiery crash nearly ends Cole's career and he must turn to a beautiful doctor (Nicole Kidman) to regain his nerve and the true courage needed to race, to win and to live. 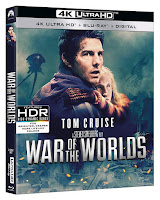 An iconic star, a legendary filmmaker and an all-time sci-fi classic come together with spectacular results in War of the Worlds. Tom Cruise stars as Ray Ferrier, an ordinary man who summons extraordinary courage to protect his children when a global army of alien invaders set their sights and their devastating war machines upon Earth and the entire human population. The masterful direction of multi-Academy Award-winning filmmaker Steve Spielberg dazzles the eye and touches the heart in this astonishing adventure based on the original story by H.G. Wells. 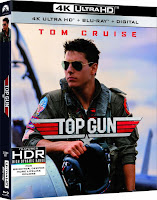 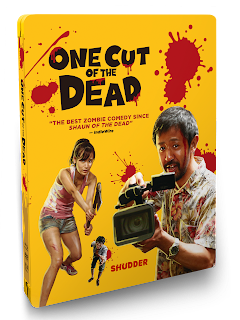 RLJE Films, a business unit of AMC Networks, has picked up select rights to Shudder’s, AMC Networks’ streaming service for horror, thriller and the supernatural, ONE CUT OF THE DEAD, which will be released on June 2, 2020 on DVD and DVD/Blu-ray SteelBook.  Written and directed by Shin'ichirô Ueda (Special Actors), the horror/comedy stars Harumi Shuhama (Ichigo no uta), Takayuki Hamatsu (“Followers”),  and Yuzuki Akiyama (“Kamen raidâ Jiô”). The film is based on the play, “Ghost in the Box!” written by Ryoichi Wada.  In ONE CUT OF THE DEAD, while shooting a low-budget zombie film in an abandoned warehouse, the crew find themselves caught between actual zombies and a mad director who won’t stop rolling. If you think you know what happens next, think again. Filmmaker Shinichiro Ueda turns the film on its head more than once for one of the wildest, funniest, and most surprising zombie movies of all time.
Posted by D.M. Anderson at 10:21 AM