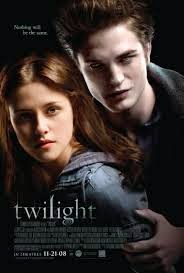 Twilight is a great film.

I declare this of my own free will, nearly free of embarrassment. I'll explain myself to those of you who still poke fun at Twilight as though you're the first to notice it's the funniest film since Point Break.

I need to stress that when I say 'great,' I don't mean Citizen Kane-great or Godfather-great. I'm not Armond White, that nasty excuse for a film critic who revels in ruffling feathers by verbally crapping on movies everyone loves while praising Death Race, Transformers 2 and (ironically) Twilight. White is a troll with the sole agenda of pissing people off to call attention to himself. Hence, his reviews are marvelously entertaining because he's the greatest kind of whackjob...a complete moron who thinks he's the smartest guy in the room (I love folks like this).

No, I ain't him, though a few cinema purists might initially think so when I say, not only is Twilight a great film, I can convince almost anyone reading to think so too.

First, a bit of history for those of you who just arrived on Planet Duh...Twilight is based on a young adult novel by Stephanie Meyer, a writer of such dubious talent that (as a writer myself) I find myself torn between thinking “Thank God I don't write like that” and “Why the hell can't I write like that?”

Twilight sold in the gajillions, so of course Hollywood came a' callin'. The subsequent movie raked in tons of cash from legions of young female mall-rats willing to part with their allowance just to bask in the dangerous affection between Edward and Bella. The movie itself isn't ambitious at all, a cynically-produced checklist of key scenes and plot points for its intended audience...an exclusive club where parents, respected film critics and similarly-aged boys are not welcome.

But a film like this doesn't need to be ambitious...it ain't aiming for the Scorsese crowd. I've read the book and think it's godawful, but I'm a middle-aged man, decidedly not Meyers' intended audience, so my opinion is meaningless. Director Catherine Hardwicke and screenwriter Melissa Rosenberg were recruited for the film, and are actually extremely talented. Hardwicke's directorial debut was Thirteen, one of the more heart-wrenching and disturbing depictions of teenagers in recent memory, while Rosenberg was the head writer of Dexter, one of the greatest cable series of all time. One might understandably think, with that kind of obvious talent behind the camera, Twilight should have been a much better film. Again, like my 'old-man' assessment of the novel, it depends on your perspective. Can you imagine someone like Kubrick or Spielberg directing this? Of course not, because they would insist of putting their own creative stamp on things...which would have alienated legions of 'Twi-Hards' in the process.

Twilight fans simply want to watch their novel translated verbatim. Striking while the iron is hot, Twilight was pretty-much rushed into production to capitalize on a huge literary property. With hindsight, Hardwicke & Rosenberg made the best adaptation possible under the circumstances. While they likely knew the film would not be a gold star on either of their resumes, they knew their audience and keenly-delivered exactly what they wanted. As a fan who worships at the alter of Stephen King, I gotta say the number of shitty movie adaptations of his books far-outweighs the good ones. I know I'm in the minority on this, but I think Kubrick's The Shining was a jaw-dropping bastardization of the novel. I read the book when I was 15 and wanted the movie to be the direct onscreen version of the story which made me keep my bedroom light on at night. What I got instead was a long, boring descent into madness, punctuated by endless scenes of a Steadicam travelling through corridors.

I didn't get what I wanted, nor did  lovers of novels like The Bonfire of the Vanities, The Da Vinci Code or Midnight in the Garden of Good and Evil (bestsellers adapted by renowned directors). But Twi-Hards were sure-as-hell satisfied, because its filmmakers knew damn good and well nobody under 20 cares about a director's personal interpretation.

I'm not saying all movies should follow their source novels scene-for-scene. What I am saying is, even if you're a horror purist who can't stand the idea of emo teens, sparkly vampires and shirtless werewolves, you gotta admit Twilight does a tremendous job meeting fan expectations (who don't give a shit if vampires & werewolves have historically been considered monsters). They aren't looking for directorial brilliance, Oscar-caliber performances or groundbreaking cinematography. They want what they pictured in their heads when reading the book, rendered by gorgeous folks who don't exist in the real world.

Regardless of your opinion of the movie, you have to admit Twilight totally delivers to its audience, something you can't say with a straight face about the prequels in the Star Wars saga. Whether or not anyone outside that circle gets its appeal is irrelevant. When I say Twilight is a great film, I mean great in the sense of what it does for its fans.

To all you purists pissing and moaning over how Twilight shits all over traditional genre conventions...where the hell were you guys when someone decided zombies were capable of running the 100 meter dash in four seconds? Besides, Twilight isn't so much a vampire movie as it is a revisionist telling of Romeo & Juliet, only our lovers don't end up dead at the end (okay...maybe undead). Besides, I don't recall Stephanie Meyer ever claiming she was rewriting Dracula anyway.

And to all the Facebook trolls jumping on the Twilight-sucks bandwagon to come up with 'clever' ways declaring your contempt for the entire franchise...isn't picking on a current teen phenomenon kinda like shooting fish in a barrel? Is this the extent of your creativity? Hell, anyone can come up with clever put-downs of pop culture phenomena. Like it or not, Twilight will be remembered decades from now, long after all the other young-adult adaptations wannabes have fallen by the wayside (except perhaps, for The Hunger Games, which is just-as-much a checklist as Twilight).

For Twilight haters, here's how you can embrace the film you profess to hate...turn the sound down and add your own dialogue, at which time the film takes on multiple meanings, and you can appreciate its brilliance and absurdity at the same time. Ingesting a few beers beforehand will help.

The beauty of Twilight is the simplicity of its story, the amusing facial expressions of its actors and the assembly-line method in which it is filmed. Watching without sound gives viewers the unique opportunity to make it the film they thought it should have been, most-likely a comedy, depending on their familiarity of young-adult film conventions, vampire lore, sexual innuendo, Mystery Science Theater 3000 or hatred of everything the Twilight-phenomenon represents. But no matter who you are, your love for Twilight will undoubtedly expand if you are willing to participate, bringing your own prejudices, pop-knowledge and preconceived ideas to the table. This is how Twilight achieves its greatness.