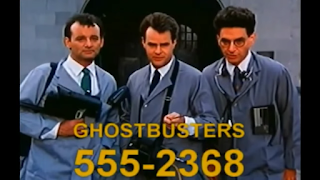 Have you heard phone numbers in movies or TV shows and wondered if it’s someone’s actual number? Maybe you’ve even tried dialing a number you’ve heard on TV before, only to have nobody answer on the other end. One well-known example of this is the widely famous song by Tommy Tutone, “867-5309/Jenny”. I’m sure you or someone you know has tried calling this number before, asking for Jenny.

This song was released before caller ID and reverse phone lookup were used. Can you imagine the number of phone calls that number got? It was so overwhelming that people who had that phone number were often forced to change it. So, did scriptwriters learn from this, or did they keep real numbers in movies and TV shows?

Are Real Numbers Used in TV Shows and Movies?

Actually, real numbers weren’t always used on TV or in movies. Most of the time, they used numbers beginning with the area code 555 to avoid prank calls. According to a telephone company called Bell System, numbers that started with the area code 555 were actually reserved for special cases such as to be used in movies or television. This did save many people from receiving prank calls. However, it didn’t always align with the plot or setting of the films. Shows like Ghostbusters (1984), Seinfeld (1991), and Last Action Hero (1993) all utilized the 555 area code to avoid unwanted phone calls to people around the world.

Things have actually changed in more recent times. Writers now have started to use real phone numbers with relevant area codes in order to make movies and TV shows more believable. In some cases, they’ve stuck these numbers in on purpose to bait watchers into calling them. When called, there is a recording made by a well-known character, relating to the film or show. Some shows that did this include The Office (2008), Breaking Bad (2013), and Stranger Things (2019).

Maybe you’ve tried calling these numbers, only to reach a recording of your favorite character. However, do you wonder who actually owns the phone number? With PeopleFinders.com reverse phone lookup feature, you can figure it out easily.

What is Reverse Phone Lookup?

With PeopleFinders reverse phone lookup feature, you can find out a ton of information with just one phone number. When you look up a phone number, you are provided with the owner’s name, email address, current home address, and more relevant information about the person. This is just one small portion of their large public information database.

Reverse phone lookup is a helpful tool in discovering which phone numbers are prank callers and which are important calls that you should take. It’s also great for finding out if companies are trying to scam you out of money or if they are legitimate and reputable companies.

Other services offered by PeopleFinders include directories, relevant and helpful public records, and social media accounts so that you can easily find the information you are looking for.