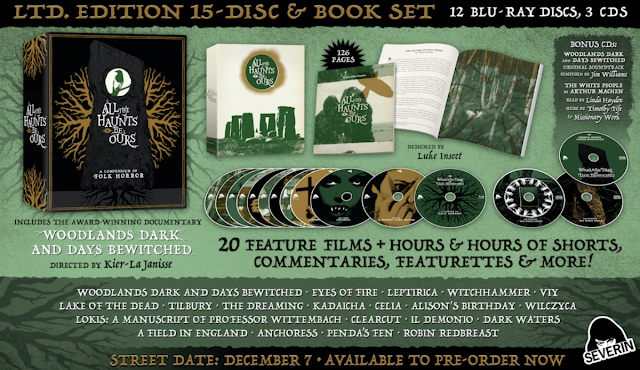 Severin Films presents ALL THE HAUNTS BE OURS: A COMPENDIUM OF FOLK HORROR on Blu-ray 12/7 (available for pre-order)
"Hail Behemoth, Spirit Of The Dark!” On December 7th, Severin Films is digging up haunted soil to unearth a truly unprecedented box set – All the Haunts Be Ours: A Compendium of Folk Horror. Curated and produced by acclaimed author and WOODLANDS DARK AND DAYS BEWITCHED: A HISTORY OF FOLK HORROR director Kier-La Janisse, this definitive collection – anchored by Janisse’s award-winning documentary – includes 20 feature films, 3 CDs, a 126-page book, 15+ hours of short films, featurettes and more. ​​The most comprehensive collection of its kind begins with the definitive genre documentary of our time, Kier-La Janisse’s award-winning WOODLANDS DARK AND DAYS BEWITCHED. From there, experience 19 of the best-known, least-known, rarely-seen and thought-lost classics of folk horror from around the world, all restored from the best available vault elements with Special Features that include short films, audio commentaries and exclusive featurettes. The ultimate genre exploration continues with the original WOODLANDS soundtrack by Jim Williams and a reading of the classic short story ‘The White People’ by actress Linda Hayden, as well as a 126-page illustrated book curated by Janisse and designed by Luke Insect featuring all-new writings by renowned film scholars, authors and historians.

Warner Bros. and Studiocanal Announce Brand New 4K Restoration of Francis Ford Coppola's THE OUTSIDERS: THE COMPLETE NOVEL
Warner Bros., STUDIOCANAL, and American Zoetrope today announce the forthcoming 4K restoration of the 1983 American coming-of-age drama, THE OUTSIDERS THE COMPLETE NOVEL, from Academy Award®-winning visionary director Francis Ford Coppola. Created to give fans more of the action that took place in S.E. Hinton’s celebrated book, Coppola’s latest, definitive version includes new music, as well as several scenes cut from the theatrical version which were reconstructed from original camera negatives. Warner Bros. will release THE OUTSIDERS THE COMPLETE NOVEL theatrically in the US and Canada beginning on September 26th with tickets going on sale this week.  Details are available at Fandango.com. Warner Bros. will also make both it and the original version available in a 4K UHD Collector’s Edition and on digital platforms starting November 9th. Additionally, THE OUTSIDERS THE COMPLETE NOVEL will be available on HBO Max beginning on November 16th and will also air this fall on Turner Classic Movies (TCM). 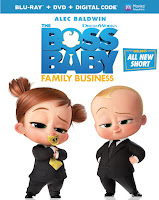 THE BOSS BABY: FAMILY BUSINESS available on Digital 8/31 & 4K, Blu-ray & DVD 9/14
The Boss Baby is back and reporting for business in DreamWorks Animation’s THE BOSS BABY: FAMILY BUSINESS, a hilarious sequel guaranteed to bring the whole family together for non-stop adventure and laughs. On August 31, 2021 The Boss Baby Family Business is available to own on Digital and on 4K Ultra HD, Blu-Ray™ and DVD on September 14, featuring an all-new short from Universal Pictures Home Entertainment.  Building on the success of the first film, welcome back brothers Ted (Alec Baldwin) and Tim (James Marsden) as they’re introduced to a brand-new boss baby, Tim’s daughter Tina (Amy Sedaris), who is on a mission from BabyCorp. The entertainment extends beyond the film with all-new exclusive bonus features offering endless fun and sure to get the entire family into the ‘back-to-school’ mode.  These features include a brand-new animated short, deleted scene, gag reel, interactive Creative Experiment Labs, Boss Baby Art Class and more. 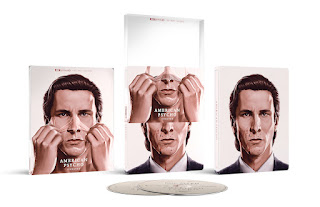 AMERICAN PSYCHO arrives on 4K Steelbook exclusively at Best Buy 10/5
From acclaimed director Mary Harron and staring Christian Bale in his career-making performance as Patrick Bateman, comes the exciting re-release of the unhinged cult-classic AMERICAN PSYCHO. American Psycho arrives October 5th on 4K Ultra HD™ Steelbook from Lionsgate, exclusively at Best Buy. Patrick Bateman (Christian Bale) is a Wall Street yuppie, obsessed with success, status, and style, with a stunning fiancée (Reese Witherspoon). He is also a psychotic killer who rapes, murders, and dismembers both strangers and acquaintances without provocation or purpose. Based on the controversial novel, the film offers a sharp satire to the dark side of yuppie culture in the ‘80s, while setting forth a vision that is both terrifying and chilling. Featuring all new artwork from artist Justin Erickson, American Psycho will be available on 4K Ultra HD Steelbook at Best Buy for the suggested retail price of $27.99. 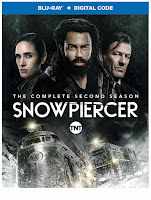 SNOWPIERCER: THE COMPLETE SECOND SEASON On Blu-ray & DVD - November 9
At the end of season one, the survivors of the revolution are trying to pick up the pieces and maintain a fragile peace amongst the now merged classes with Layton (Daveed Diggs) emerging as the train’s leader. Discovering Mr. Wilford (Sean Bean) is alive and headed their way on a rival train, Melanie (Jennifer Connelly) risks going outside to prevent him from invading Snowpiercer. While she’s out there, it’s revealed that Alexandra (Rowan Blanchard), Melanie’s daughter, who she thought had died, is alive and has become Wilford’s dedicated protegee. In season two, an entirely new power struggle emerges, causing a dangerous rift as people are divided between their loyalty to Layton and to Mr. Wilford, who has a new train, new technology and a game plan that keeps everyone guessing. While Layton battles Wilford for the soul of Snowpiercer, Melanie leads the charge on a shocking new discovery that could change the fate of humanity. All aboard the most elite train in the world, as the epic journey continues with more secrets, plot twists, and reveals as Warner Bros Home Entertainment releases Snowpiercer: The Complete Second Season on Blu-ray and DVD on November 9, 2021. Strap yourself in for a thrilling ride with all 10 episodes from the second season, plus enjoy the captivating 21 minutes of extra features.
Posted by D.M. Anderson at 2:29 PM