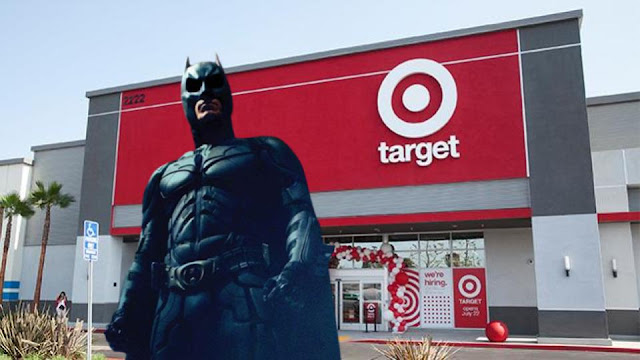 While I’ve enjoyed many movies based on comic books, I wouldn’t call myself a huge fan. There’s a sameness to most of them that has become rather rote, driven largely by CGI spectacle, indestructible protagonists and the conceit that viewers are already familiar with characters and events from every previous movie, show or comic that shares the same universe. Sorry, but I don’t have the time, gumption or financial resources to do all that shit just to enjoy one movie. Making Justice League watchable all by itself was your job.

But Batman Begins, The Dark Knight and The Dark Knight Rises transcend the genre. Dark without being brooding, they’re more-or-less serious in tone and, while certainly epic, at least stay within the realm of plausibility. Viewed as a trilogy, these films have a sweeping story arc that traces the titular character’s tragedy-fueled origins through his final selfless act to save Gotham, ending with a satisfying sense of finality.

My wife, Francie, may not be a winged vigilante, and unless it’s Date Night, she never dons a mask, cape or utility belt. But damn, she’s got batskills. While I’ll refrain from sharing the more intimate ones, some of her uncanny abilities are - like the Dark Knight’s - a little intimidating.

Some background first…we’ve been married forever, and not once in those 30+ years has she ever been in a hurry. Even when we were in our 20s and in the best shape of our lives, there was never a time or situation where she felt compelled to run. Too bad, really, because she was built like Jessica Rabbit and seeing her jog in slow motion to the Chariots of Fire theme would have been awe inspiring.

Francie doesn’t really walk, either. She moseys. She moseys everywhere at her own leisurely pace. I can’t count how many times we’ve been out somewhere and I discover I’ve been talking to myself because she’s moseying ten feet behind…or worse yet, she's pulled a Batman on me.

One of the cooler things about Batman is how quickly he can disappear. The second someone turns their back, he’s gone…vanishing into the night as swiftly and silently as he appeared. It’s always been part of his mystique, though I imagine it bugs the shit out of Commissioner Gordon, who’s often ditched mid-sentence once he’s said everything worth hearing. Such a skill would come in handy at staff meetings.

Francie doesn’t even need the cover of night to pull off the same trick. She manages to do this damn near every time we go to Target. It is her Gotham City.

We’re at that age where a wild weekend consists of Starbucks and Target. I like the fact that there’s a Starbucks in every store, making Target my fortress of choice during the impending zombie apocalypse. As long as the Pike keeps flowing, I’ll never feel compelled to sacrifice my fellow survivors to the undead. And being slightly more upscale than Walmart, Target visits are those rare occasions when I’m compelled to wear something on my days off besides pajamas.

Anyway, Francie’s Target disappearing act is something to behold…or not behold, since I’ve never been able to catch her in the act of moseying away. As a recent example, one second I’m pricing air fryers, the next…she's gone, just as I’m mansplaining reasons we need one. But since I’ve probably mansplained why we needed an air fryer every time we’ve gone to Target recently, perhaps I already said everything worth hearing. That must make me her Commissioner Gordon.

And make no mistake…Francie isn’t simply in the next aisle, or the one after that. She has disa-fucking-peared! How the hell does a moseying middle-aged mother of two manage to do that so fast…pushing a shipping cart, no less? By the time I find her, she has moseyed to the other side of the store, looking at blouses. She should be picking out a cape.

“Do you like this color?” she asks innocently, oblivious to my angst over spending the last 10 minutes searching every aisle.

“Sure,” I grumble as I drop the air fryer I’ve been lugging around the store into the cart.

I considered mansplaining once again why we needed one, but had no desire to engage in another bat hunt, so I simply nodded as I finished off my Pike. She smiled, put the blouse in the cart and continued moseying.

For the life of me, I don’t know how she manages to elude me like this. And it’s always at Target, right under the fluorescent glare of the store’s lights. I don’t think even Batman could manage such a feat. The Joker may-indeed want to watch the world burn, but God help him if he ever sets foot in a Target store while Francie’s moseying. The aisles of housewares and fall sweaters are her rooftops and dark alleys. I know Christian Bale has-since hung up the cowl, but should Christopher Nolan ever decide to return to the Dark Knight franchise - and he really should - I would humbly suggest casting Francie, the real-life Batman.