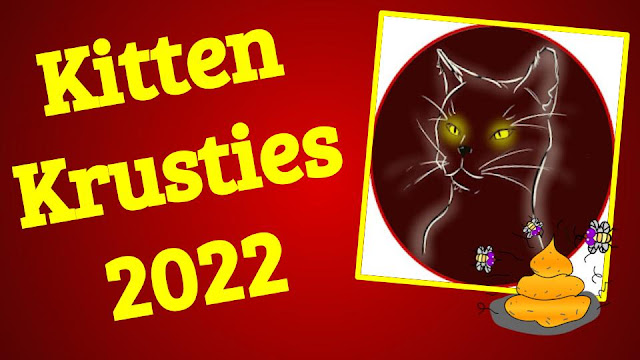 While we enjoyed reviewing a slew of Blu-Rays, DVDs and movies in 2022, they haven’t all been picks of the litter. Time to take a look back at the worst of them. Our list consists strictly of titles which were sent to us for review purposes.

BLEH...THE WORST: As much as we love movies, there are times when reviewing them feels like an actual job. The following titles deserve to be buried in the litter box:

10) INFINITE 4K - We’ve seen it all before, and because it spoon-feeds the entire premise almost immediately, there aren’t any narrative surprises. As much as we like Mark Wahlberg, it wouldn’t kill him to turn a project down now and again.

9) BLACKLIGHT - I’m wondering if Liam Neeson might be entering the Cannon Films phase of his action career, because Blacklight is a listless, formulaic bore. As yet-another age-defying, one-man wrecking crew, he’s earnest and likable. But this time, it’s not enough to lift Blacklight above mediocrity. Though competently assembled (‘assembled’ is definitely the right word) everything about the film is hopelessly generic.

8) DEADLY GAMES - This lethargic 1982 obscurity purports to be a slasher film. However, there’s precious little actual slashing. Too tame for horror fans, too slow for a thriller, and way too padded-out to maintain interest, Deadly Games is deadly dull, though some unintentional humor might be found in some cringeworthy performances. Some relics don’t deserve to be unearthed.

7) DESPERATE RIDERS - Desperate Riders is a cheap, dull pastiche of western tropes, punctuated by a couple of fleeting familiar faces. It's a film as generic as its title, the kind of anonymous, budget-conscious fare that pads-out cable schedules and competes for space on Walmart shelves (generally priced low enough to encourage folks to buy it sight-unseen).

6) CAVE RESCUE - Cave Rescue is the third film released within a year that tells the same true story, the efforts to save a Thai youth soccer team trapped in a flooded cave. This one ends up being a dull exercise in redundancy and it's the viewer that needs to be rescued...from boredom.

5) THE SPINE OF NIGHT - The animated film is clearly inspired by the work of Ralph Bakshi and such other bygone relics as Heavy Metal. Despite attempts to liven things up with buckets of gore, The Spine of Night mostly ends up being a plodding checklist of time-honored adult fantasy tropes.

4) FORTRESS: SNIPER’S EYE - The first Fortress (released last year) was direct-to-video junk, and this one is even worse. Essentially a remake with the exact same cast - plus a bitchy teenager thrown-in for good measure - the film is an indifferently-directed medley of low-wattage action, dull performances and silly dialogue. Not only that, the pall of Bruce Willis’ deteriorating health issues hangs over everything.

3) ZEROS AND ONES - A baffling, impenetrable slab of ambiguity that doesn’t play even remotely like the thriller it’s touted as. Several shady characters pop in and out of a series of tenuously-tied vignettes which provide precious little exposition. We learn almost nothing about these people…sometimes not even their names. Even by director Abel Fararra’s standards, it’s damn-near inaccessible.

2) AMITYVILLE UPRISING - America’s favorite horror haven is rocked by a phony CGI chemical explosion at a military base, which eventually results in acid rain that turns people into flesh-eating zombies. Until then, the film is an interminable barrage of drab exposition, obnoxious characters, ridiculous dialogue and lousy performances. Some not-half-bad make-up effects can’t offset the scattershot pacing, laughable lapses in logic and a complete lack of style or purpose.

1) NINJA BADASS - Ninja Badass is artless, tone-deaf and one-note, wearing out its welcome after about 10 minutes. Going out of your way to make an intentionally shitty movie has never been inherently funny, though I suppose immature 15-year-olds might find writer-director-star Ryan Harrison’s sophomoric antics as hilarious as he seems to.
Posted by D.M. Anderson at 6:04 PM