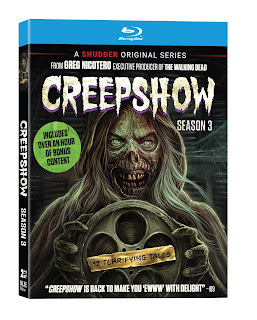 🙀CREEPSHOW SEASON 3 - Available on DVD & Blu-ray December 6th from RLJE
RLJE Films, a business unit of AMC Networks, has picked up select rights to the horror series CREEPSHOW 3 from Shudder, AMC Networks’ premium streaming service for horror, thriller and the supernatural. RLJE Films will release CREEPSHOW 3 on DVD and Blu-ray on December 6, 2022. Based on the 1982 horror comedy classic, the anthology series is still the most fun you’ll ever have being scared! A comic book comes to life in a series of vignettes, exploring terrors ranging from murder, creatures, monsters, and delusions to the supernatural and unexplainable. You never know what will be on the next page. The six-episode season is directed by Rusty Cundieff (“Chappelle’s Show”), Greg Nicotero (“The Walking Dead”), Joe Lynch (Mayhem), Jeffrey F. January (“The Walking Dead”), John Harrison (Tales from the Darkside: The Movie), and Axelle Carolyn (Tales of Halloween). The series stars Ali Larter (“Heroes”), Justin Long (Jeepers Creepers), Anna Camp (Pitch Perfect), and Ethan Embry (Sweet Home Alabama). 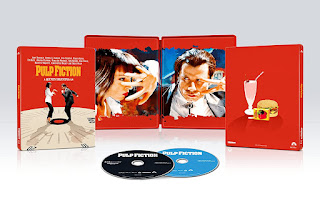 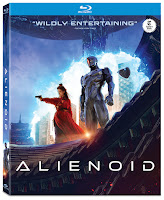 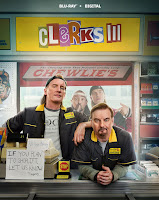 🙀OLD MAN Available on DVD and Blu-ray December 6 from RLJE.
In OLD MAN, deep in the woods, a lost hiker stumbles upon the cabin of an erratic and reclusive old man. What starts off as cordial conversation soon turns dangerous as it becomes clear that one or both of them might be hiding a terrifying secret. Directed by Lucky McKee (May, All Cheerleaders Die) with the screenwriting debut of Joel Veach, OLD MAN stars Stephen Lang (Avatar franchise, VFW), Marc Senter (Starry Eyes), with Liana Wright-Mark (Ocean’s 8), and Patch Darragh (“Succession”). The DVD and Blu-ray bonus features include a behind-the-scenes look at the making of OLD MAN.
Posted by D.M. Anderson at 8:37 AM