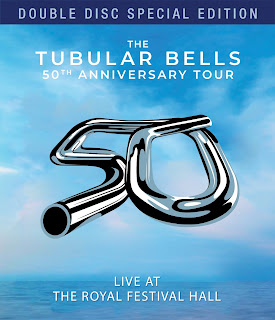 Tubular Bells is the legendary 50 minute suite that sold a gajillion albums, made Mike Oldfield an instant star and turned Virgin Records founder Richard Branson into a mogul. Of course, most of us associate it with The Exorcist, which used snippets of the opening theme as part of the soundtrack. That’s what got me to buy the record, anyway.

Though that familiar piano segment remains the best part, the rest of Tubular Bells is an eclectic journey through a variety of genres, with Oldfield playing all the instruments himself. And if the “Exorcist theme” is all you know, you owe it yourself to give all of Part One (side 1) a listen, which is 25 minutes of pure musical magic. Most of Part Two kinda blows, almost as if Mike downed a few shrooms during the intermission.

For the album’s 50th Anniversary, longtime Oldfield collaborator Robin Smith put together a new live show with dancers, ethereal background animation and a new arrangement of Tubular Bells played by a dozen-or-so musicians. Though Oldfield gave his approval, he does not participate, which is sort of unfortunate because it means we’re essentially watching a highly-skilled cover band. Still, Smith - playing keyboards - has assembled a solid group of players. 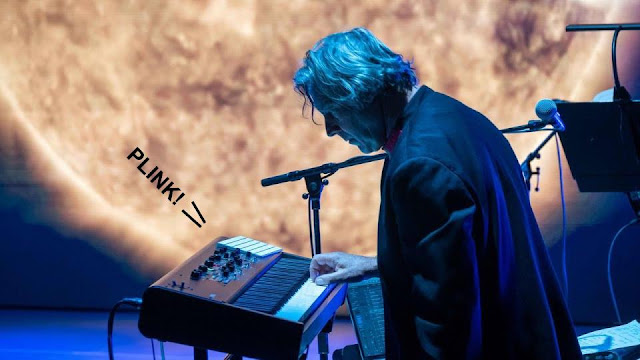 The show itself gets off to a slow start with a few unremarkable instrumental pieces - one composed by Smith - and an interpretation of Oldfield’s biggest European single, “Midnight Shadows.” Things liven up considerably with Tubular Bells’ opening notes. The suite is played in its entirety, sometimes remaining faithful to the album, other times re-arranged with different instrumentation. Not all the changes are improvements and none of it sounds as organic as the original recording, but overall, it’s pretty entertaining.

Rear-screen projection and a troupe of dancers provide visual enhancement. Somewhat bizarrely choreographed, the interpretive dance performances range from perplexing to jaw-dropping, sometimes appearing more athletic than artistic. Still, their presence is welcome during the piece’s more meandering bits (like most of Part Two, which still kinda blows).

Though Mike Oldfield shows up for an interview in one of this disc’s bonus features, it’s a damn shame he doesn’t take the stage to perform the music that made his entire career. Who knows…maybe he’s just sick of it. But for those who aren’t, The Tubular Bells 50th Anniversary Tour is still a worthy tribute and an enjoyable show, which looks and sounds great on Blu-ray.