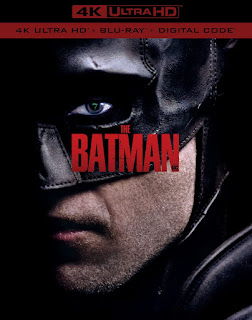 A scene in The Batman that gave me goosebumps was the first appearance of the Batmobile. Hellishly backlit, the engine revs menacingly - almost as if growling - while bursts of flame pop from the engine. The Penguin (Colin Farrell) and his cronies look on with dread.

This was gonna be great…

Instead, the car appears to stall or slip out of gear. It ain’t 100% clear if that’s what actually happens, but since it allows the bad guys to get into their own cars - leading to a thrilling, destructive freeway chase - I think it is. There’s another scene where Batman (Robert Pattinson) escapes authorities by leaping from a skyscraper roof. He appears genuinely wary of jumping because it’s obvious he hasn’t quite mastered some of his own equipment, as demonstrated when he smacks into an overpass while trying to land.

That’s what's cool about the latest version of the Caped Crusader: He’s fallible. Not everything works as planned and he sure as hell ain’t invincible. His gadgets look homemade and scrapped together, his suit looks like it has seen better days, and when he’s riding his motorcycle around Gotham as Bruce Wayne, he appears to keep the suit in a backpack, just in case. In other words, this is a Batman that could plausibly exist in the real world…not a superhero, but a true vigilante. And Pattinson plays him perfectly.

I know that for some people, the lingering shadow of Twilight loomed large after Pattinson’s name was first announced for the role. But anyone who’s been paying attention would know he’s since proven to be a damn good actor, capable of making people forget he’s Robert Pattinson. As Bruce Wayne/Batman, he’s suitably brooding, somewhat vulnerable and often uncertain, of both himself and those he’s forced to trust. Nor is he entirely trusted. Despite a mutual working agreement with Lt. James Gordon (Jeffrey Wright), the rest of the Gotham police resent the hell out of him.

Similarly, the other characters - whether enemies or allies - look, speak and act like real people. The villains aren't costumed freaks or deformed psychos, and in the case of primary antagonist The Riddler (Paul Dano), his unassuming appearance and demeanor ultimately renders him more unsettling. As we learn more about what makes him tick - and his motives - he’s not entirely unsympathetic, either. Elsewhere, Zoë Kravitz makes an interesting Selina Kyle (aka Catwoman), while an unrecognizable Colin Farrell steals all his scenes as The Penguin. Depicted here as a mid-level gangster, he may not be the primary villain, but he’s an amusing character and one gets the distinct impression we haven’t seen the last of him.

Though definitely more grounded and character driven than any previous Batman film, the most welcome aspect of The Batman is that it’s primarily a detective story. Batman’s investigation into a string of high profile murders comprises a majority of the narrative, interspersed with excellent - yet mostly believable - action sequences. While the film contains a few too many false endings, the three hour running time is more-or-less justified.

This is also the best looking Batman film to date. Taking place mostly at night (of course), the combination of gothic and neo-noir styles definitely suits the dark tone, exacerbated by production design that depicts Gotham as crime-ravaged hellhole. At the same time, there's a certain level of visceral beauty achieved by all that ugliness, all of which looks striking in 4K.

“VENGEANCE IN THE MAKING” - Running nearly an hour, this is an extensive look at the making of The Batman, featuring plenty and cast/cast interviews.

FEATURETTES: “Looking for Vengeance” (fight choreography); “The Batman: Genesis” (featuring interviews with director Matt Reeves and actor Robert Pattinson); “Vengeance Meets Justice” (features Paul Dano, who plays The Riddler); “Becoming Catwoman” (featuring Zoë Kravitz); “The Batmobile” (the best of the featurettes, we see how the Batmobile is reimagined, constructed and tested); “Anatomy of a Car Chase” (a breakdown of how it was done); “Anatomy of the Wing Suit Jump” (a breakdown of this highly amusing scene); “Unpacking the Icons”; “A Transformation: The Penguin” (how they make Colin Farell unrecognizable).