KITTEN COLLECTIBLES #5: A Relic from a Bygone Era 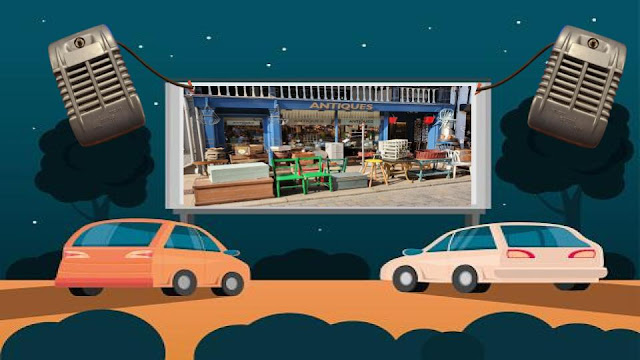 In addition to watching and writing about films, I’ve become something of a memorabilia collector in recent years. Cursed with a teacher’s salary, I ain’t out there bidding on Dorothy’s ruby slippers or anything, but certainly enjoy haunting local antique stores for a variety of movie-related stuff. Or when feeling particularly bold, I’ll occasionally overpay for some retro relic on eBay.

Once or twice a year, my family and I like to visit the beach for the day. But the weather on the Oregon Coast is moody and unpredictable. One minute you’re enjoying the sun with a good book, the next you're chasing your umbrella up the beach, catching it just short of the Canadian border.

Then there’s my two daughters to contend with. Bless their hearts, sometimes I think they like the idea of going to the beach more than actually being there. Granted, the psychotic weather is sometimes a factor, but for them, spending an appreciable amount of time outdoors is a bit overrated, the novelty of enjoying the sights, sounds and smells wearing off shortly after the seagulls have stolen all our snacks.

So we usually choose the town of Seaside for these day trips, because when the weather and wildlife conspire against us, there are lots of shops, arcades and an aquarium to justify the drive. There are also plenty of antique stores. I don’t know if this is true for coastal towns in other parts of the country, but in Oregon, antique stores and the beach go together like cops & doughnuts. And during a recent trip, I ducked into a little hole-in-the-wall called Random & Rare.

Much of the store consisted of vintage clothing, but I did find this baby… 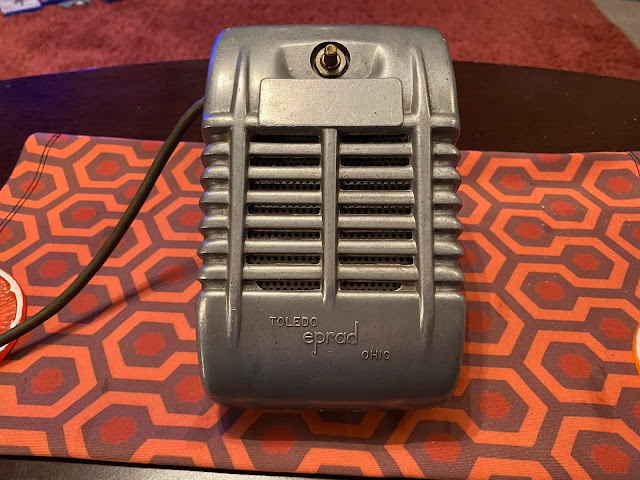 I hadn’t seen a genuine drive-in speaker in years. Even when I was growing up, they were quickly becoming obsolete as drive-ins began using FM radio to broadcast a film’s audio. Made of solid metal, it was a lot heavier than I remembered. With the cord still attached, I could probably swing it around like a medieval flail and kill a man with one mighty blow, perhaps even the clerk asking 50 bucks for it. But since he knocked it down to $45, I decided to spare his life.

Neither of my daughters knew what it was, so I went into “boomer” mode and gushed about the awesomeness of the drive-in experience, which was a big part of my childhood (especially when I was finally old enough to drive). Both thought it sounded fun - or maybe they were just being polite - which reminded me that there was still one drive-in operating in Oregon, the Newberg 99W, about an hour’s drive away from our house. Should I take them there one night to experience it for themselves?

After much consideration, I concluded that, like the beach, they’d be more enamored by the idea of the drive-in than actually going to one. Now that I think about it, so would I. As much I enjoyed it in my youth, I must concede that a car was never the optimum place to enjoy a movie. And at this point in my life, nostalgia may not be enough to warrant the hour-long drive, not-to-mention the fact that I’m usually in my pajamas by the time the show would even start.

Still, I have this speaker for the memories. I don’t know if it actually works anymore, but it sure looks cool in the Dave Cave and will be ideal for home defense. 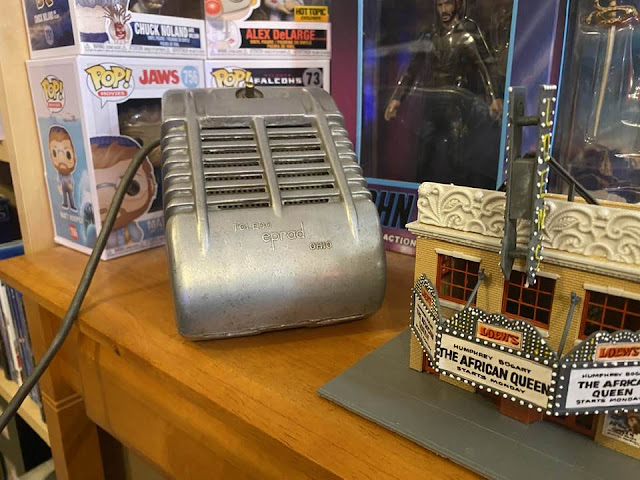