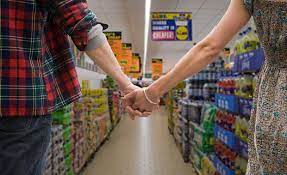 Date Night has changed a lot over the years.

My wife and I have been married 33 years, but even after all this time, we still go out together once or twice a week. I guess the biggest difference is we no longer party like it’s 1999. These days, Date Night usually consists of a trip to Starbucks, followed by stops at Lowe’s, Safeway, Target or any other place we need to go for hibernating supplies.

My wife, Francie, has been on a big container kick lately. For some reason, she has decided everything in our house now needs to be stored in a bin or lidded container (even stuff that already comes in its own container). In fact, we have a shitload of brand new containers laying around the house waiting for her to find something that needs containing.

Come to think of it, I haven’t seen our cat, Stinky, lately. 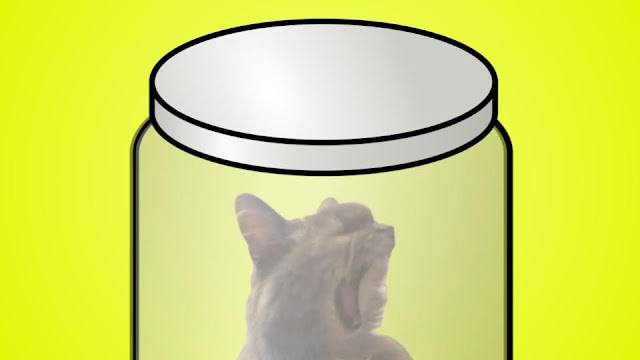 And she found even more containers at Big Lots today, about thirty bucks’ worth. Fortunately, none of them are Dave sized, so at least I won’t be suffering Stinky’s fate (not today, anyway). Her obsessive splurge more than justified me grabbing something that’s actually important: the Casablanca 70th Anniversary Limited Collector’s Edition Blu-ray/DVD combo for only $20. Though this boxed set was released 10 years ago, it’s still going for forty bucks on Amazon. 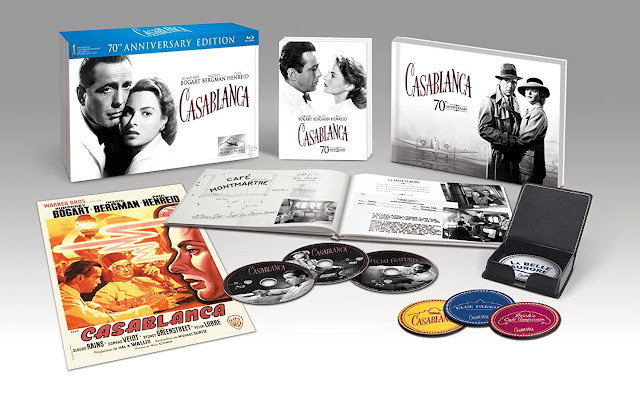 Of course, I already have the film on Blu-ray, as does every self-respecting cinephile. However, this one comes with a batch of goodies, like a poster, a set of four coasters, a hardcover book and, best of all, a five-hour documentary on the history of Warner Bros. Hell, I’d have paid twenty bucks for any of those things individually.

Francie pretended to be impressed, as she always does when I’m excited over finding a bargain on something I absolutely don’t need. But really…what better way to cap-off middle-age Date Night than the the mother of all date movies that comes in the mother of all containers?
Posted by D.M. Anderson at 8:19 PM