THE POOP SCOOP: A Litter of Classics, Old & New 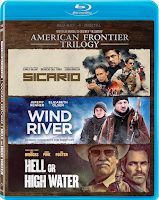 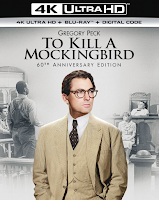 🐦TO KILL A MOCKINGBIRD 60TH ANNIVERSARY EDITION on 4K, Blu-ray & DVD 10/11 from Universal.
One of the most critically acclaimed and cherished films to ever grace the silver screen, TO KILL A MOCKINGBIRD, celebrates its 60th anniversary with a first time 4K Ultra HD release from Universal Pictures Home Entertainment on October 11, 2022. The TO KILL A MOCKINGBIRD 60TH ANNIVERSARY LIMITED EDITION set includes a 44-page booklet, four collectable international theatrical poster cards, and a film strip replica. The limited edition packs also include a new introspective featurette with the filmmakers, historians and family members reflecting on the film’s lasting messages of courage and hope that are still relevant 60 years later. Experience one of the most significant milestones in film history like never before with TO KILL A MOCKINGBIRD. Gregory Peck stars as courageous Southern lawyer Atticus Finch—the Academy Award-winning performance hailed by the American Film Institute as the Greatest Movie Hero of All Time. Based on Harper Lee's Pulitzer Prize winning novel about innocence, strength and conviction and nominated for eight Academy Awards, this beloved classic includes hours of unforgettable bonus features. Watch it and remember why "it's a sin to kill a mockingbird.”

🙀UNIVERSAL CLASSIC MONSTERS: ICONS OF HORROR COLLECTION VOL. 2 on 4K/Blu-ray 10/11 from Universal.
From Universal Pictures, home of the monsters since the era of silent movies, comes a second volume of Universal Classic Monsters: Icons of Horror Collection with collectible packaging, showcasing four more of the most iconic monsters in motion picture history: The Mummy, which celebrates its 90th anniversary this year, The Bride of Frankenstein, Phantom of the Opera, and Creature from the Black Lagoon. Starring Boris Karloff, Elsa Lanchester and Claude Rains in the roles they made famous, these iconic films set new standards for horror with groundbreaking makeup, cinematography and special effects that have withstood the test of time. As with Volume 1, this set comes with hours of bonus features for each film, including featurettes, trailers, production stills, galleries, audio commentaries and a 3-D version of Creature from the Black Lagoon on Blu-ray. 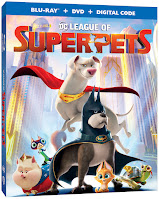 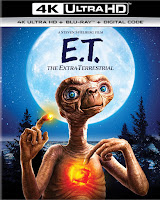 👽E.T. THE EXTRA-TERRESTRIAL 40TH ANNIVERSARY on 4K, Blu-ray & Digital 10/18 from Universal.
Journey back to the magic and adventure of E.T. THE EXTRA-TERRESTRIAL, the beloved masterpiece from Academy Award®-winning director Steven Spielberg, with this all-new release celebrating the 40th anniversary of the film, available to own on 4K Ultra HD, Blu-rayTM, and Digital October 18th, 2022 from Universal Pictures Home Entertainment. There has never been a better time to relive this cinematic classic and four-time Academy Award® winner including Best Music by legendary composer John Williams. The anniversary release showcases over 45 minutes of all-new bonus features including a retrospective of the film and its lasting legacy and a featurette with Steven Spielberg reflecting on his career and the making of E.T. 40 years later. This release also includes all the original bonus features including deleted scenes, cast and filmmaker reunion, a discussion with John Williams about the iconic music from the film, and more.
Posted by D.M. Anderson at 9:30 PM