KITTEN COLLECTIBLES #7: The Bond Board Game 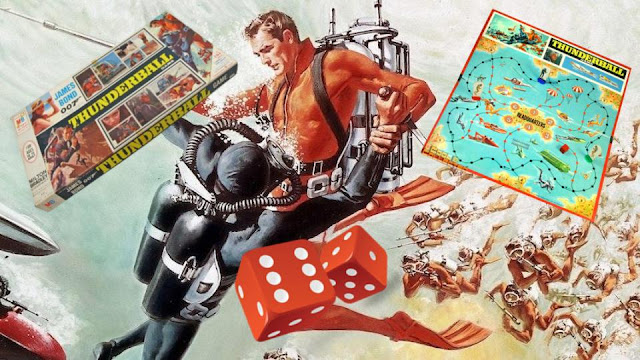 There’s a little antique store in my area called Foxtrot Vintage. Being only a five minute drive, it’s the one I visit the most often, usually on Starbucks date night with the wife. One of the vendors appears to specialize in really old toys, and during my last trip, I found this baby… 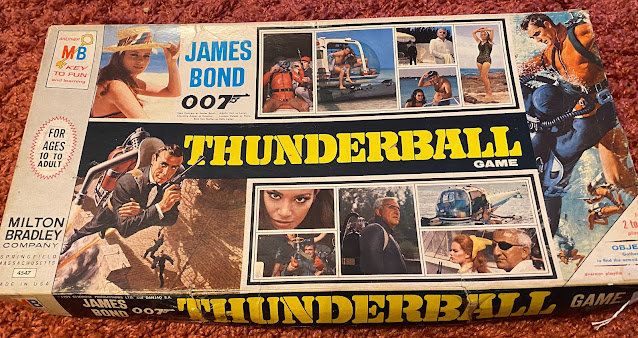 In 1965, Milton Bradley produced a James Bond board game based on the film, Thunderball. I actually learned of this last year when I saw it at another out-of-town vintage store, but the box was pretty beat up, so I passed, especially since they were asking thirty bucks for it. Of course, I repeatedly kicked myself the whole drive home, realizing it would look pretty cool if I created a framed collage of the board & game pieces. 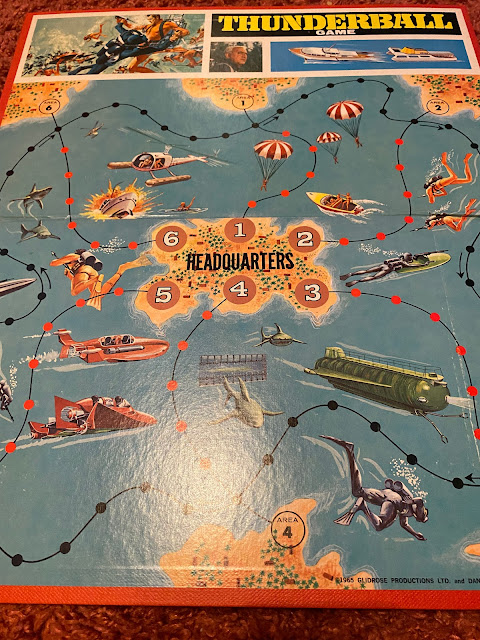 But lo and behold, here it was for only twelve bucks, similarly weathered, and I suspect it might even be the exact same one from that other out-of-town store. I think it also might be missing a piece or two. But, hey…it ain’t like I was gonna cart it out for family game night. 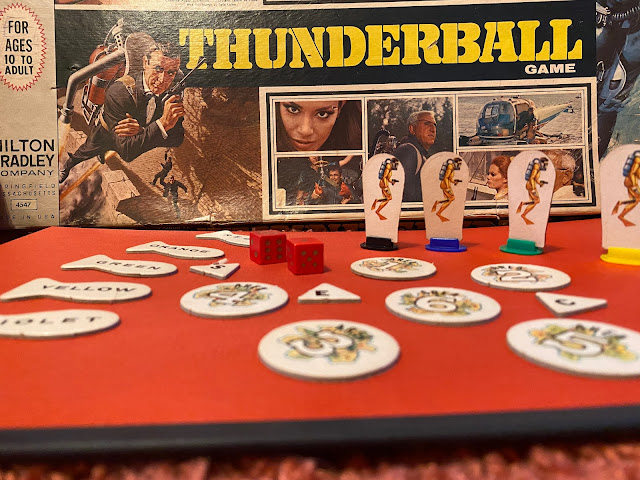