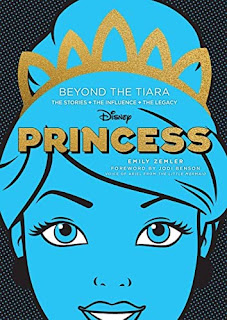 DISNEY PRINCESS: BEYOND THE TIARA (Book Review)
2022 / 192 pp
FROM EPIC INK
Review by Fluffy the Fearless😺

Written by Emily Zemler, Disney Princess: Beyond the Tiara is a must-read for fans…not of just the movies, but the music, collectibles, merchandise and video games inspired by them.

The title is pretty accurate, as early chapters of the book provide a pretty thorough history of the films featuring Disney princesses, from the early fairy-tale adaptations through the more recent films, which display more cultural and racial inclusiveness. As frequently indicated by the author, people behind the scenes and interviewees, each princess serves as a reflection of the times in which they were created. In that sense, we see a definite evolution.

Each princess is profiled in detail…who designed them, gave them voices and - most interestingly - some of the real-life figures who inspired how they look and speak. Being someone who loves reading about classic Hollywood, I found the story of these films - and their cultural impact - to be the best part of the book. 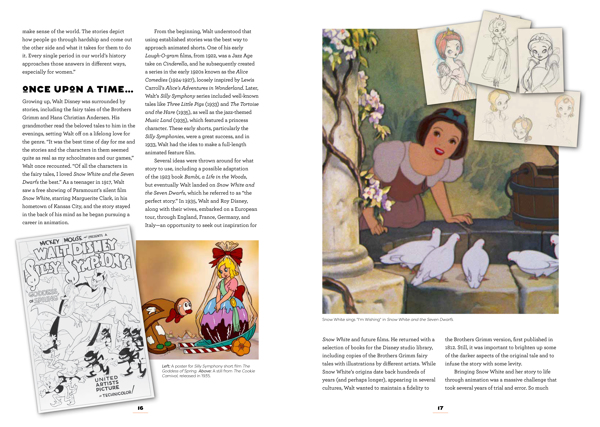 Whether purists want to admit it or not, movies are only part of the story. Further chapters explore Disney’s history of parlaying their princess properties into toys, music, collectibles, video spin-offs, live-action remakes, TV shows, books, etc. Some will undoubtedly find these chapters to be a disheartening example of modern capitalism run rampant, but while there’s no denying that “Disney Princess” is a powerful brand name - now more than ever - the studio’s been doing this since the ‘30s. Zemler writes with a great deal of reverence for the subject and the book itself is attractively designed, loaded with colorful photos, sketches and screenshots. I especially like the individual profile pages that summarize the characters' personalities and inspirations. While cynics and those expecting anything in the way of critical analysis should steer clear, Disney Princess: Beyond the Tiara makes a great coffee table book for fans.