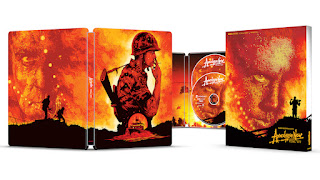 HACKSAW RIDGE arrives on 4K Steelbook from Lionsgate, exclusively at Best Buy 11/2
From Oscar-winning director Mel Gibson (1995, Braveheart), and starring Andrew Garfield in his Oscar-nominated performance (2016, Actor in a Leading Role) comes the inspiring tale of wartime heroism: Hacksaw Ridge. Hacksaw Ridge arrives November 2nd on 4K Ultra HD SteelBook from Lionsgate, exclusively at Best Buy. The film tells the extraordinary true story of Desmond Doss (Andrew Garfield) who, in Okinawa during the bloodiest battle of WWII, saved 75 men without firing or carrying a gun. He was the only American soldier in WWII to fight on the front lines without a weapon, as he believed that while the war was justified, killing was nevertheless wrong. As an army medic, he single-handedly evacuated the wounded from behind enemy lines, braved fire while tending to soldiers, was wounded by a grenade, and hit by snipers. Doss was the first conscientious objector to ever earn the Congressional Medal of Honor. Featuring all-new artwork from artist Krzysztof Domaradzki, Hacksaw Ridge will be available on 4K Ultra HD SteelBook at Best Buy. 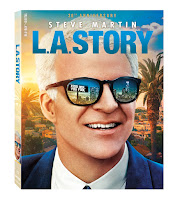 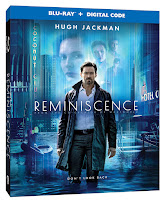 REMINISCENCE on Blu-ray, 4K & DVD 11/9.
Nick Bannister (Hugh Jackman), a private investigator of the mind, navigates the darkly alluring world of the past by helping his clients access lost memories. Living on the fringes of the sunken Miami coast, his life is forever changed when he takes on a new client, Mae (Rebecca Ferguson). A simple matter of lost and found becomes a dangerous obsession. As Bannister fights to find the truth about Mae's disappearance, he uncovers a violent conspiracy, and must ultimately answer the question: how far would you go to hold on to the ones you love? Navigate the darkly alluring world of lost memories when “Reminiscence” arrives for Premium Digital Ownership at home on October 1. The film is directed by Lisa Joy (TV’s “Westworld”) from her own original screenplay and stars Oscar nominee Hugh Jackman (“Les Misérables,” “The Greatest Showman”), Rebecca Ferguson (“Doctor Sleep,” the “Mission: Impossible” films) and Thandie Newton, (“Solo: A Star Wars Story”). The film will also be available on 4K, Blu-ray and DVD beginning on November 9. 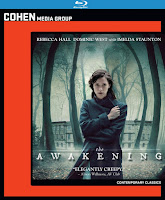 THE AWAKENING on Blu-ray 10/5
They say the boy was scared to death. When the death of a child at a boarding school is blamed on a ghost, hoax exposer Florence Cathcart is certain that science and reason can explain it. But the truth she discovers is more terrifying than she could ever imagine, and soon the ghost hunter becomes the hunted. Starring Rebecca Hall (The Town), Dominic West (The Wire) and Imelda Staunton (Harry Potter films), The Awakening is a terrifying mystery filled with haunting twists that will keep you on the edge of your seat. Deleted Scenes Introduced by Director Nick Murphy | A Time for Ghosts | Anatomy of a Scene: Florence and the Lake | Anatomy of a SCREAM |Behind the Scenes | Extended Interview with Nick Murphy
Posted by D.M. Anderson at 11:35 AM