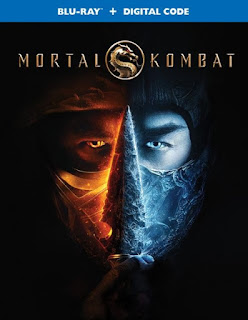 If nothing else, the producers of the new Mortal Kombat movie know their intended audience: Hardcore MK gamers, some probably still butthurt over the 1995 family-friendly version (and its even-worse sequel). Let’s face it...the video game series’ unbridled gore has always been a major part of its appeal, which this reboot provides in abundance.

Of course, other purists will argue it’s the flamboyant characters which make the games unique. That box is checked-off, too. The movie throws-in about a dozen fan-favorites, played with various levels of effectiveness by a cast of physically adept actors who more-or-less resemble their video game counterparts. However, there isn’t much of an effort to expand its appeal beyond those who grew up with a game controller in their hand. In fact, numerous scenes and bits of dialogue are obviously intended to spark nods of approval from the faithful, but will be meaningless to everyone else. In a way, Mortal Kombat plays like the ultimate piece of fan fiction.

The plot is easy enough to follow and sporadically interesting, but there seems to be a presumption that the mere appearance of certain iconic characters is sufficient enough, since no real attempt is made to give them distinctive personalities. That may work for a game, but tends to make a film far less engaging, even one driven primarily by action.

The one exception here is Kano, a foul-mouthed mercenary more motivated by his self-interests than saving the world. Played with gusto by Josh Lawson, he’s by-far the most interesting character in the entire film and provides a majority of the comic relief. Everyone else is about as dynamic as a vanilla cone, either because they're merely symbols of good or evil, or the individual playing them was hired more for their physical skills than their acting chops. The main protagonist, Cole Young, is especially dull, not helped by Lewis Tan’s low wattage performance.

Still, if there was ever a film truly made “for the fans,” it’s this one. As such, Mortal Kombat is loaded with the kind of close quarters action the game is famous for. Fans of authentic fight choreography might be underwhelmed by an over-reliance on CGI for some scenes, but there’s enough genuine physical conflict to keep things interesting. And of course, these sequences are gleefully gory, with some amusingly memorable deaths. Our favorite features one combatant who gets split in half, head-to-groin, by a metal hat.

So while Mortal Kombat isn’t a particularly good film, it certainly delivers what its niche audience is expecting...lots of fighting, blood and shout-outs to a variety of tropes & characters. The door is left open for a sequel, of course, teasing MK gamers with a name they all know well, but those who’ve never played won’t have a clue about.

FAN FAVORITE CHARACTERS - 11 short promo pieces, running a few minutes each, about the character in the film, with stats and interviews.

ANATOMY OF A SCENE - 7 short pieces, running a few minutes each, about specific scenes.

INTO THE KRYPT: EASTER EGGS OF MORTAL KOMBAT

NOT BAD...THOUGH MORE FOR MK FANS THAN ANYONE ELSE.
Posted by D.M. Anderson at 10:11 PM