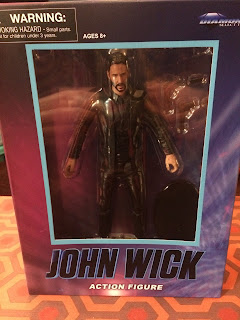 A CONSUMER REPORT BY D.M. ANDERSON💀

My wife knows how to get me out of the house on weekends. All she has to do is mention Starbucks and I’m pretty much out the door before realizing I forgot to throw on pants. But she’s a shifty one, that Francie. The prospect of a Grande Dark Roast is merely a carrot to distract me from her real agenda.

It usually isn’t until we’re in the car and past the point of no return when she ‘casually’ informs me that since we’re already out, she’d like to make a quick stop at Walgreens...and Craft Warehouse...and Maurices...and…

You get the idea. While it’s nice Francie still enjoys my company after all these years, she knows damn well I’d have stayed on the sofa in my pajamas had she revealed her true intentions. Such a bait & switch wouldn’t be necessary if she suggested hitting the record store and taking-in a movie.

So there we were at Walgreens last Saturday, Francie shopping for face soap, me passing the time by roaming the isles. I’m still not sure why she always feels the need to shop for face soap...it ain’t like picking out the right greeting card. Why the hell doesn’t she just grab the same soap she always does? I don’t necessarily have anything against Walgreens, but it was never the most intriguing store on Earth.

My local Walgreens has a small selection of toys in one isle, mostly trinkets you’d put in Christmas stockings or that last-minute birthday gift for the nephew you don’t give a shit about. But on this particular day, sharing shelf space with Rubik's Cubes and monster trucks was a John Wick doll.

Since I collect movie-related knick-knacks and do-dads, the decision to buy it was a no-brainer. Ol’ Baba Yaga sort-of looked like he was suffocating behind that protective plastic, but no way was I gonna take him out of his package, especially after noticing he was recommended for Ages 8+. It was printed at the top of the box, right next to a choking hazard warning that added, Not for children under 3 years. I found that funny as hell, picturing a hyperactive little hellion pretending to gun-down sis's Barbie with his new John Wick doll. 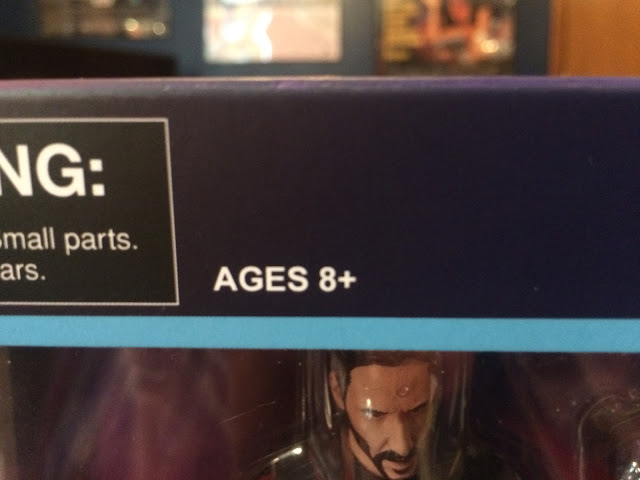 I’m old enough to remember the controversy surrounding Rambo toys back in the 80s. Watchdog groups were up-in-arms over a violent R-rated movie inspiring a line of action figures & vehicles aimed at children. Similarly, Kenner toys unleashed an Alien action figure to tie-in with the classic 1979 film. Parents with no sense of humor were pissed about that, too.

But if you’ve ever seen John Wick, you’d know the copious amounts of bloody violence in those films make Alien and Rambo look like Tom & Jerry cartoons. Not only are there more gunshots to the head than an Italian zombie film, Wick himself is a criminal, a former assassin for the mob. Sure, he’s trying like hell to put the old life behind him, but the fact remains that, over the course of three movies, he kills more people than the Black Plague. In other words, hours of fun for the little ones.

But I haven’t heard any parental histrionics over the John Wick action figure. Of course, that’s more-than-likely because it isn’t actually intended as a gift for that nephew you don’t give a shit about. These days, a quick tour of Amazon will yield a variety of terrifying toys, from Hannibal Lecter to The Terminator and every sociopathic antihero in-between. I doubt many of them are ever removed from their packages, either. Even my local Target occasionally carries Jason Voorhees action figures (machete included!). However, the big difference is they don’t share shelf space with Captain America in the toy section. Whoever was in charge of stocking toys at Walgreens was either clueless or simply didn’t give a shit. Whatever the case, finding the John Wick doll action figure made it worth enduring Francie’s quest for the perfect bar of face soap. He also ended up being the most expensive thing we left the store with, making this quick stop at Walgreens a costly one (and we hadn’t even gotten our coffee yet). Judging from Francie’s expression as our purchases were rung-up, she was probably considering flying solo next time.
Posted by D.M. Anderson at 10:35 PM