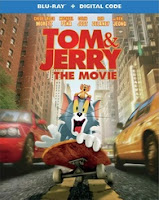 TOM & JERRY on PVOD 4/16, Digital, Blu-ray & DVD 5/18
One of the most beloved rivalries in history is reignited when Jerry moves into New York City’s finest hotel on the eve of “the wedding of the century,” forcing the event’s desperate planner to hire Tom to get rid of him in “Tom and Jerry.” The ensuing cat and mouse battle threatens to destroy her career, the wedding and possibly the hotel itself. But soon, an even bigger problem arises: a diabolically ambitious staffer conspiring against all three of them. The film is directed by Tim Story (“Fantastic Four,” “Think Like a Man,” “Barbershop”) and stars Chloë Grace Moretz (“Neighbors 2: Sorority Rising,” “The Addams Family”), Michael Peña (“Cesar Chavez,” “American Hustle,” “Ant-Man”), and Colin Jost (“How to be Single,” TV’s “Saturday Night Live”). 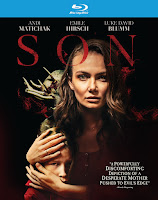 SON on DVD and Blu-ray 5/18
In SON, after a mysterious group of individuals breaks into Laura’s home and attempts to abduct her eight-year-old son, David, the two of them flee town in search of safety. But soon after the failed kidnapping, David becomes extremely ill, suffering from increasingly sporadic psychosis and convulsions. Following her maternal instincts to save him, Laura commits unspeakable acts to keep him alive, but soon she must decide how far she is willing to go to save her son. Written and directed by Ivan Kavanagh (Never Grow Old, The Canal), SON stars Andi Matichak (Halloween franchise, Assimilate), Emile Hirsch (Once Upon a Time...in Hollywood, Into the Wild, Milk), and Luke David Blumm (The King of Staten Island). 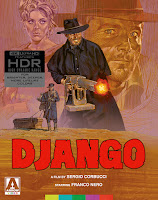 The Original DJANGO on 4K UHD Blu-ray 5/18
In this definitive spaghetti western, Franco Nero (Keoma, The Fifth Cord) gives a career-defining performance as Django, a mysterious loner who arrives at a mud-drenched ghost town on the Mexico-US border, ominously dragging a coffin behind him. After saving imperilled prostitute Maria (Loredana Nusciak), Django becomes embroiled in a brutal feud between a racist gang and a band of Mexican revolutionaries... With Django, director Sergio Corbucci (The Great Silence) upped the ante for sadism and sensationalism in westerns, depicting machine-gun massacres, mud-fighting prostitutes and savage mutilations. A huge hit with international audiences, Django's brand of bleak nihilism would be repeatedly emulated in a raft of unofficial sequels. The film is presented here in its 4K UHD Blu-ray debut, with a wealth of extras. Also included is the bonus feature Texas, Adios on Blu-ray, which also stars Franco Nero, and was released as a sequel to Django in some countries. 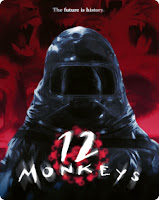 12 MONKEYS Blu-ray Steelbook Coming 5/25
THE FUTURE IS HISTORY Following the commercial and critical success of The Fisher King, Terry Gilliam's next feature would turn to science fiction and a screenplay by Janet and David Peoples (Blade Runner, Unforgiven) inspired by Chris Marker's classic short film La Jetée. In 1996, a deadly virus is unleashed by a group calling themselves the Army of the Twelve Monkeys, destroying much of the world's population and forcing survivors underground. In 2035, prisoner James Cole (Bruce Willis, Die Hard) is chosen to go back in time and help scientists in their search for a cure. Featuring an Oscar-nominated turn by Brad Pitt (Fight Club) as mental patient Jeffrey Goines, Twelve Monkeys would become Gilliam's most successful film and is now widely regarded as a sci-fi classic.
Posted by D.M. Anderson at 7:44 PM