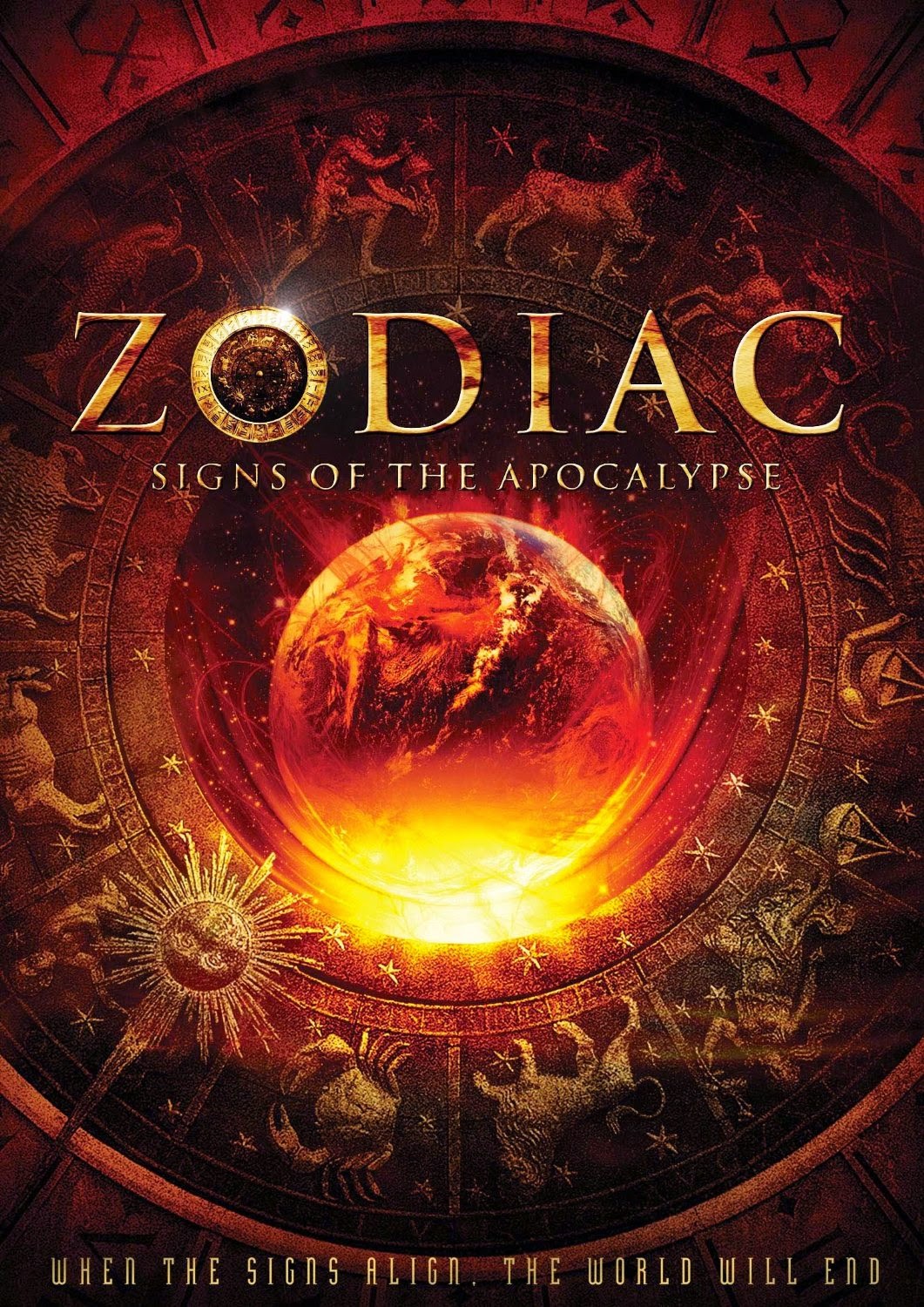 The title of this little cheapie (which premiered on SyFy, of course) may be the most clear-cut example of truth-in-advertising since Sharknado. But those looking for the same self-aware sense of humor will be sorely disappointed. Zodiac takes its premise seriously, and while the dialogue, performances and special effects are often laughable, this movie isn’t nearly as much daffy fun as your usual Saturday night schlockfest. In fact, it’s a crushing bore.

A down-on-his-luck archeologist discovers zodiac markings in a recently opened cave and somehow makes the connection they are an ominous sign of the end of the world. Sure enough, Earth is soon bombarded every ten minutes by tsunamis, meteor strikes, lightning and volcanic eruptions, each preceded by the actual zodiac symbols appearing in clouds, fire, smoke or water. The effect is supposed to be global, but these signs conveniently only show up wherever the cast happens to be at the time, which is mostly driving around the backwoods of Canada, since that’s where a lot of these movies are made (I guess that means our neighbors up north will get more of a heads-up than the rest of us).

If you’re in the right frame of mind, cheap-jack SyFy flicks can be kinda fun if you leave any expectations of greatness at the door. But Zodiac seldom even reaches that so-bad-it’s-good level. Despite the ridiculous premise, it’s difficult to have much fun at its expense because nothing really interesting happens, mostly due to the lame story and dull characters. Even the eccentricities of the great Christopher Lloyd, in what amounts to a glorified cameo, are woefully underused. How is that even possible?