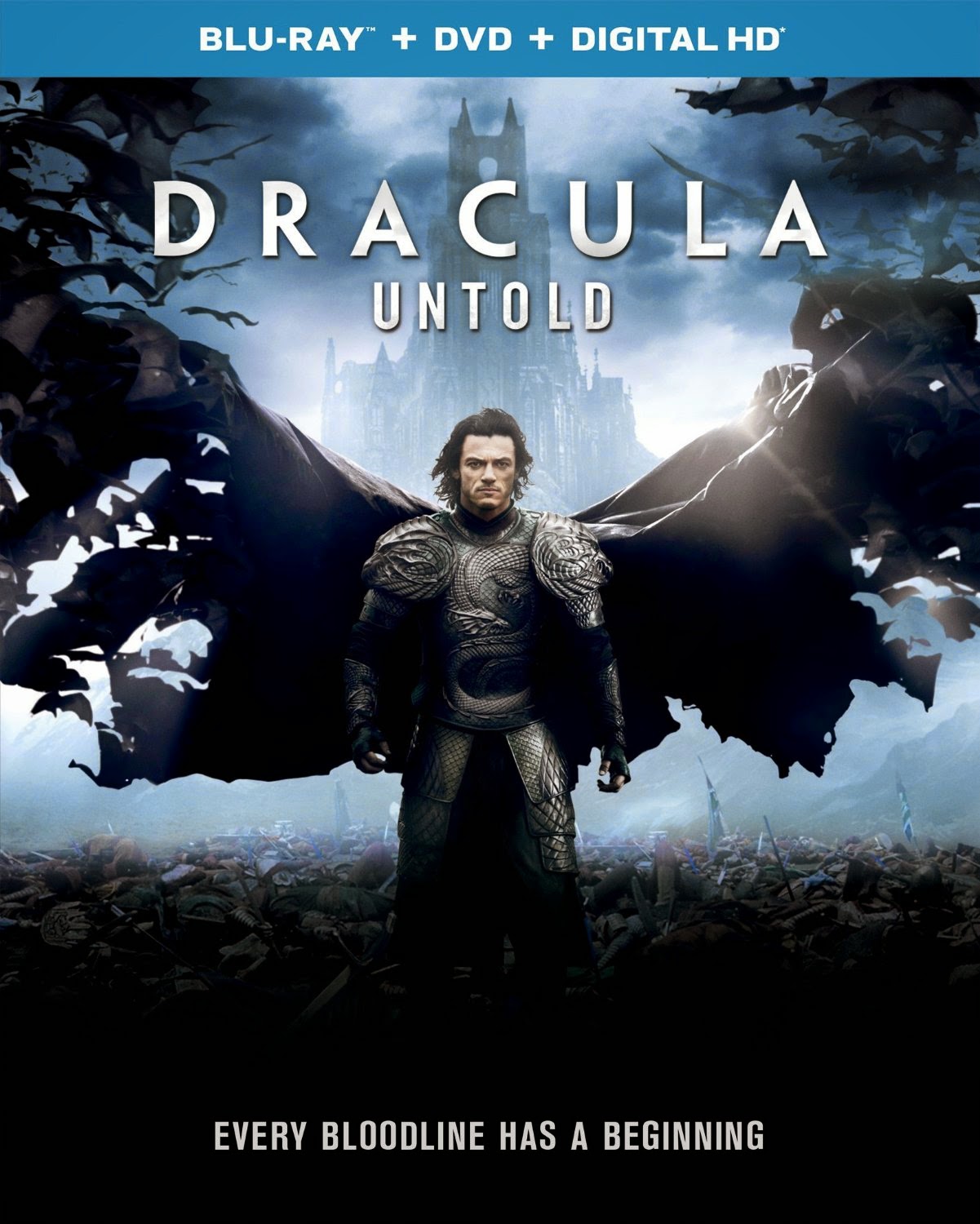 Dracula Untold is exactly what the original trailer promised, an origin story of a classic character who didn’t really need one, loaded with hyperactive, CGI-heavy action. Not really a horror film, it has more in common with The Matrix and 300 than the Dracula our granddaddies grew up with. It’s also obvious this is intended as part of a possible Universal Monsters franchise, the studio rebooting their classic franchises with the hopes of jump-starting a cinematic universe similar to Marvel’s.

Whether this is a good or bad thing depends on your expectations, which probably shouldn’t be too high after watching Dracula Untold. It's mildly entertaining, but nothing you’re likely to give much thought about afterwards.

Here, Luke Evans is Vlad the Impaler (aka Dracula), who got his title after being enslaved by Turks as a boy and trained to be a ruthless soldier. As an adult, upon returning to his native Transylvania, he becomes a prince (not sure how) and rules over a peaceful nation. Then the Turks return, led by Mehmed II (Dominic Cooper), who demands 1000 Transylvanian boys (including Vlad’s own son) to train in the Turkish army. Out-manned and desperate to protect his people, Vlad makes a Faustian deal with Master Vampire (who dwells in the hills and played by Charles Dance) to become a vampire himself with supernatural powers & the strength of a hundred men. The deal is, if Vlad can make it three days without giving-in to his newfound bloodlust, he will return to normal; if not, he will remain a vampire forever.

And here lies one major problem with the film…being that this is an origin story, we already know Vlad won’t make it three days, so the only real suspense remaining is whether or not becoming a vampire will save his kingdom. As a result, Dracula Untold becomes primarily an action film with lots of CGI-enhanced battle scenes (as well as numerous shots of Vlad striding purposefully toward the camera in slow motion). The action is okay, but nothing remarkable enough to make it stand out from any other effects-heavy, video game-inspired film. As Vlad, Evans is decent and sufficiently brooding, and far more interesting than any of the other characters (including his wife and kid). He does a good job portraying Dracula more as a reluctant, tragic hero than the seductive villain we’re all used to. Still, he mostly exists just to kick-ass.

Of course, the film’s coda leaves the door wide open for a sequel which, since it was a box office success, we’re probably going to get. But if this is the Dracula for a new franchise, it might have more longevity if the first film wasn’t aiming exclusively at the X-Box crowd.