Blu-Ray Review: GET ON UP 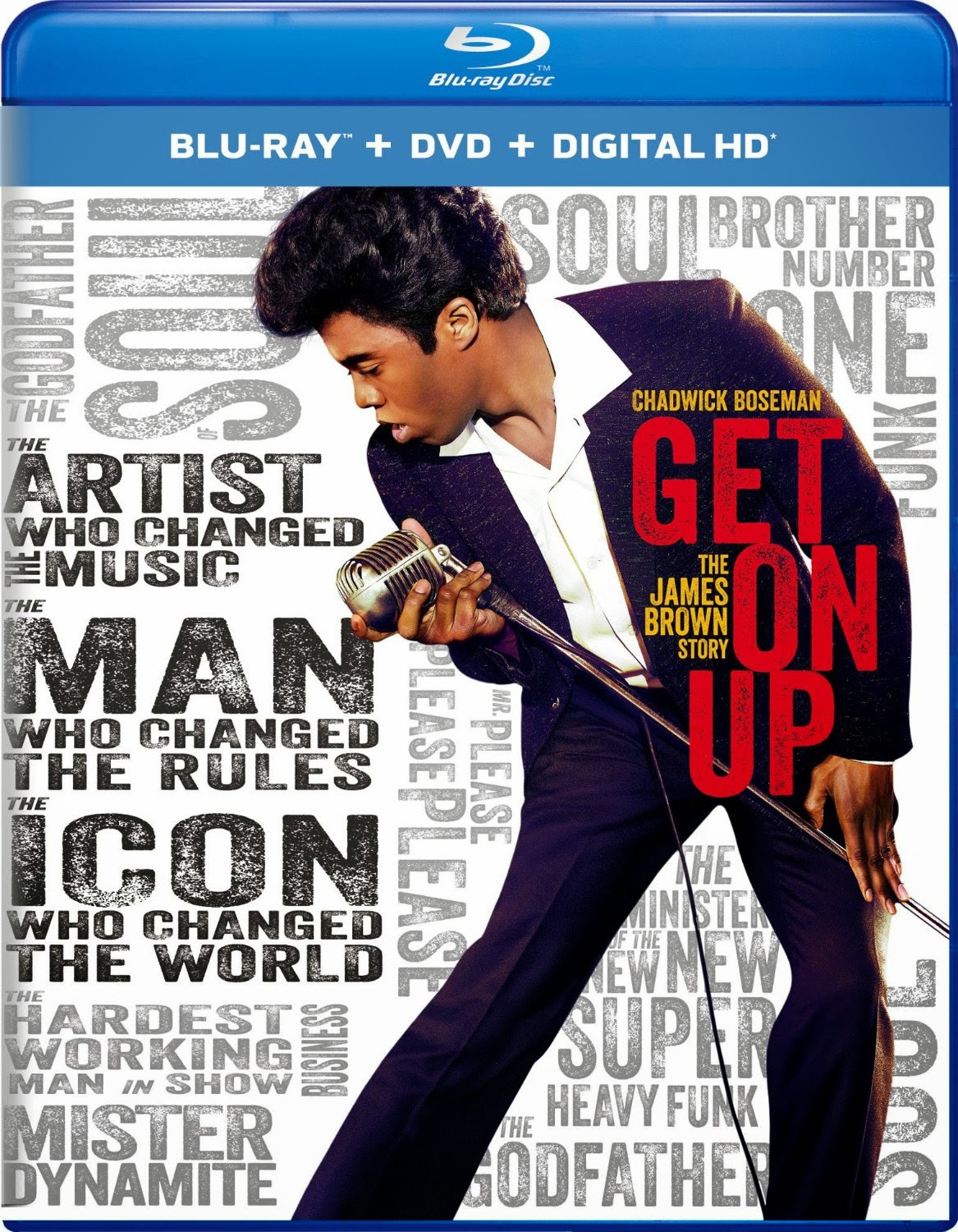 Though I’ve personally never been a fan of James Brown, I appreciate the influence he’s had on American music. It’s difficult to imagine what the current state of modern rock, blues, R&B, soul, funk and rap would be without him. He was also a bigger-than-life personality whose tumultuous life has been well documented, especially during his later years. If anyone’s life deserves an epic Hollywood bio treatment, it’s James Brown’s (Mister Brown to his underlings).

So it’s somewhat disappointing Get On Up isn’t a truly comprehensive life story. It moves back and forth among pivotal moments in his life without really connecting the dots in order to help us understand how they shaped him into a musical genius. We get a lot of highlights, such as his legendary Apollo gig, but relatively little insight as to how these events are important. In fact, based on what we see here, from the moment he began singing, James Brown went from zero-to-superstar in the blink of an eye and remained a bestselling artist his entire life. Similarly, the darker aspects of his life - career decline, drug use, spousal abuse and legal problems- are fleetingly touched-upon but not thoroughly explored.

But Get On Up is boosted considerably by tremendous attention to period detail, terrific performances across the board and well-timed moments in which the Brown character breaks the fourth wall to directly address the audience. As Brown, Chadwick Boseman is suitably effective (if a bit one-note, sometimes just a step away from the James Brown parody Eddie Murphy used to perform on Saturday Night Live), but Nelsan Ellis is a revelation as Bobby Byrd, Brown’s loyal-but-long-suffering friend/partner. The scenes depicting Brown’s relationship with his mother (Viola Davis) are both heartbreaking and infuriating, the closest we get to understanding Brown’s fiercely independent personality.

The numerous concert scenes are dynamic and well-shot, and even though Boseman performs all of the on-stage moves himself, it was a wise decision to use Brown’s original performances for the actual soundtrack. After all, nobody, no matter how talented, could possibly recapture what Brown accomplished on those seminal recordings.

In the end, what we have is an interesting summary of the life of a cultural icon, yet hardly definitive. One can’t help but walk away thinking we’ve only gotten part of the story. The film is certainly entertaining, but doesn’t quite resonate afterwards like the best biographies do.