Pre-Order INTERSTELLAR on Google Play and Get a Ticket to See the Film While Still in Theaters! 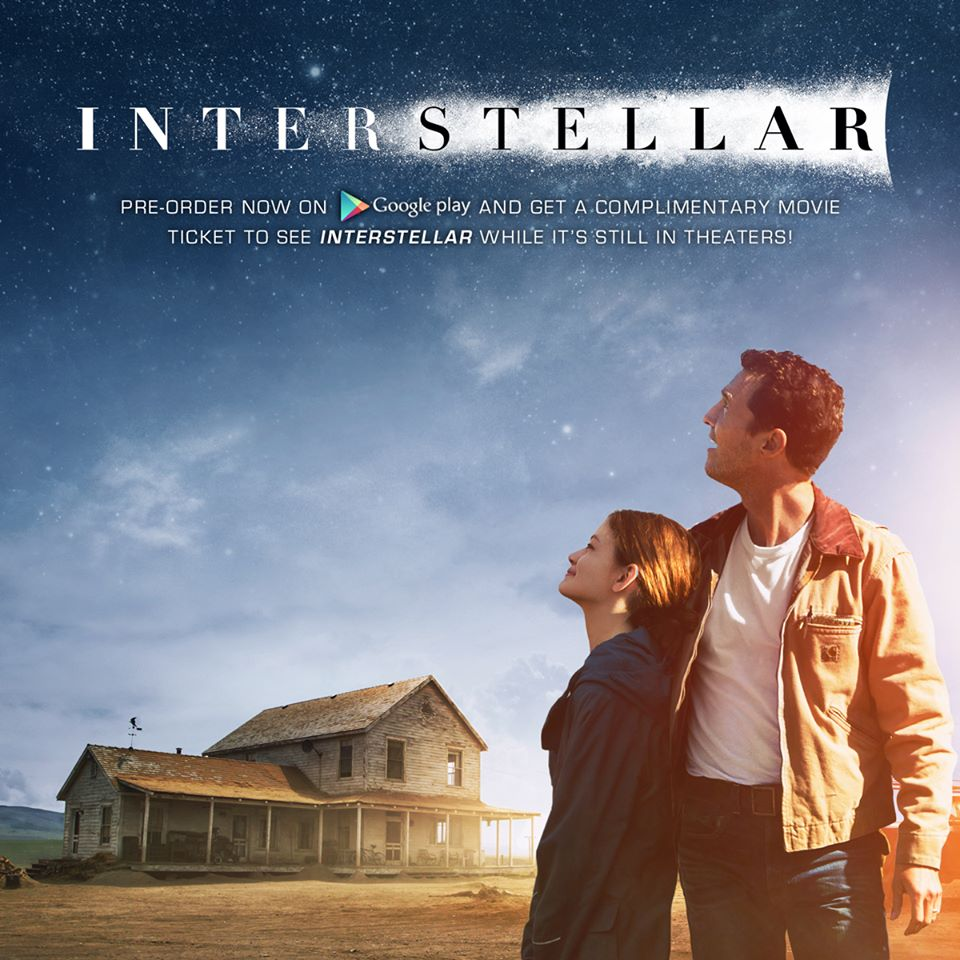