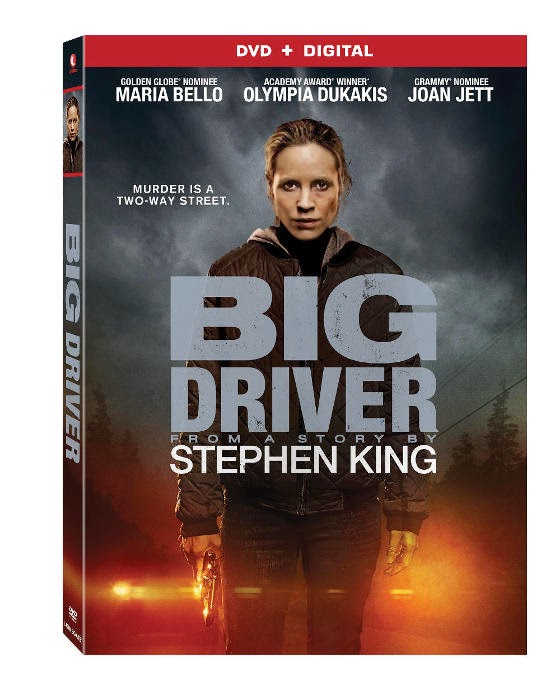 As a Stephen King fan from the get-go, I’ve read enough to know he doesn’t knock it out of the park every single time. When he’s on, King reconfirms my long-held assessment he's the greatest writer to ever lived. But when he’s off, I sometimes toss the book across the room in frustration and wonder just what the hell he was thinking when he came up with this shit. His collection of four novellas, Full Dark, No Stars, is one of those ‘off’ books.

Oh, it’s well-written and everything, but perhaps that’s one of the biggest reasons it left such an awful taste in my mouth. While not horror tales per se, each story wallows in misery, brutality and nihilism, rubbing your face in these characters’ darkest thoughts to the point you can practically taste the nastiness oozing from the page. Of all of his books, Full Dark, No Stars is easily the most depressing. After finishing each story, I tried to imagine how they could be adapted into a film (since most King stories eventually are), but came up with the same question: “Who the hell would want to see it?”

So it’s a credit to director Mikael Saloman & writer Richard Christian Matheson (yes, son of the late, great Richard Matheson) that Big Driver, based on one of King’s tales from that decadent collection, not only manages to be watchable, but pretty rousing.

It can’t start off that way, of course, since the story involves Tess Thorne (Maria Bello), a popular author of cozy mysteries who is brutally beaten, raped and left-for-dead during her drive back from a lecture. The entire first act is justifiably disturbing (especially for a made-for-TV movie), but necessary in order to set up the rest of the film. Tess briefly considers going to the police, but ultimately decides to tell no one for fear of what the media would say, preferring to administer her own brand of justice.

But Big Driver isn’t another rehash of I Spit on Your Grave, nor is Tess your typical ass-kicker hell-bent on revenge. She remains vulnerable and struggles with her decision the entire time. In fact, even though she’s already sorted-out every scenario in her head, we’re never 100% convinced she’s chosen the logical course of action.

Much of the original story depended hugely on Tess’ internal monologue, which this version ingeniously conveys by embodying her inner voice through the ‘presence’ of Doreen (Olympia Dukakis), the main character from Tess’ mystery novels, and more amusingly, the GPS monitor in her car. Because of them, we know what’s going on in her head every step of the way.

But ultimately, Big Driver is all about sweet revenge. Despite Tess’ inner turmoil, we are never in doubt that everyone who had a hand in her brutal assault deserves the worst form of retribution possible. As such, the movie is indeed very satisfying, because sometimes in life, the wisest decision isn’t the one which makes us feel better.

By the way, did I mention this first premiered on Lifetime? There's hope for that channel yet.