Blu-Ray Review: A WALK AMONG THE TOMBSTONES 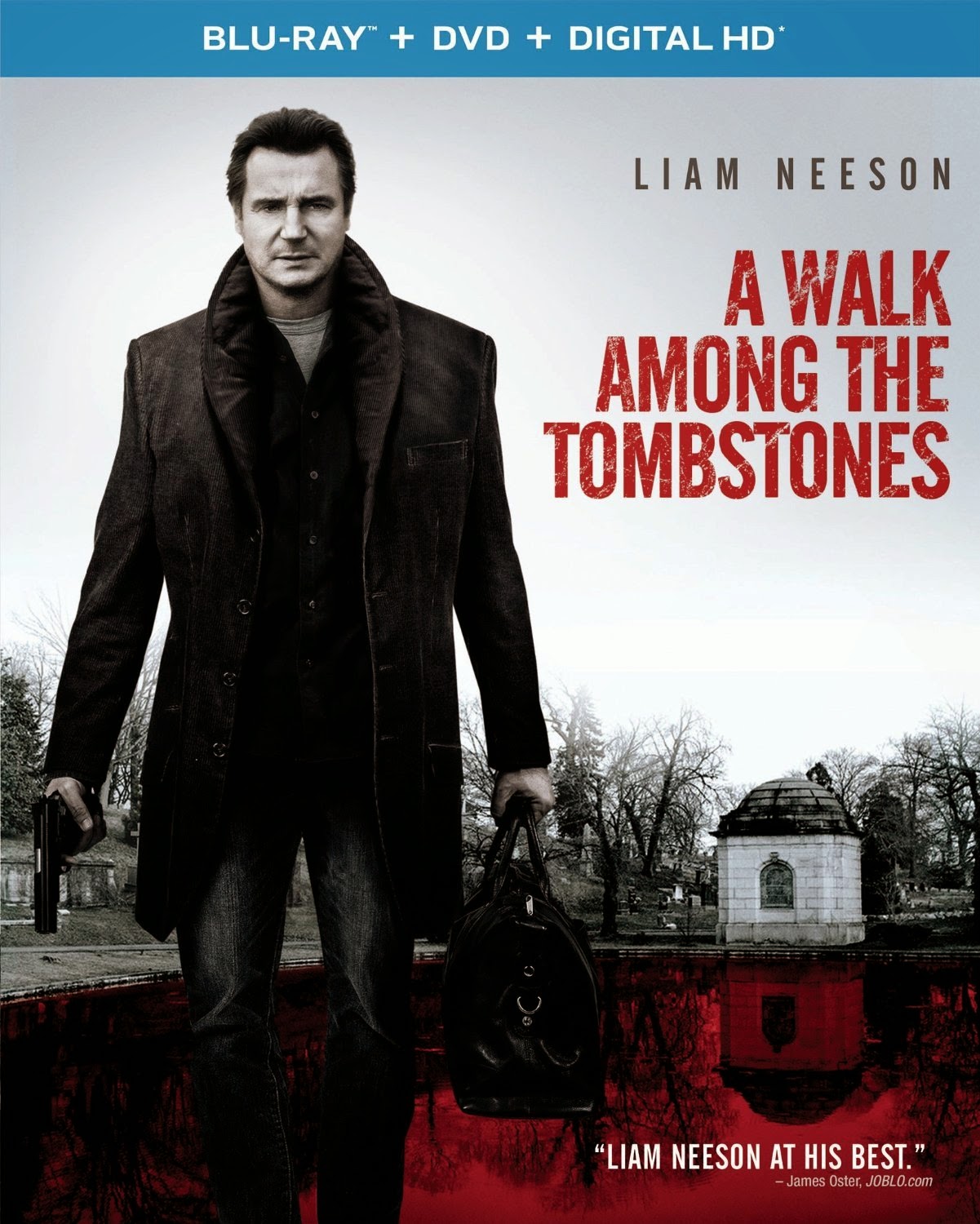 Ever taken a chance on a fancy five-star restaurant, the kind you feel the need to dust-off that single tie in your closet reserved for weddings and funerals? You justifiably expect any place that compels you to remember how to make a Windsor knot would have great food and first class service. Yet, the unpronounceable $50 entrée you ordered ends up being awful, making you wish you’d have just gone to Red Robin. You feel ripped off, knowing that at-least Robin’s Whiskey River BBQ burger and a side of fries has never let you down.

Lately, Liam Neeson has been the cinematic equivalent of that burger.

Neeson is an indisputably great actor (Schindler’s List proved that), but as far as I’m concerned, I’d be totally happy if be spends the rest of his days as the Charles Bronson of the 21st Century. He’s carved a nifty little niche for himself as an action hero of mid-budget potboilers like Non-Stop, The Grey and the Taken franchise. None of them are what you’d call high-art, but they’re seldom disappointing either. Just like Red Robin’s reliable burger baskets, at least you know what you’re gonna get.

You can add A Walk Among the Tombstones to the menu. Actually, this one is more like ordering that burger basket and substituting the fries with onion rings. If you’ve ever enjoyed Red Robin’s o-rings, you know what I’m talking about. They make a great meal even better. As much undemanding fun as Taken and Non-Stop are, A Walk Among the Tombstones is arguably better because it’s far more character driven, allowing Neeson to do much more with his character than threaten his enemies (though he does that here, too) before blowing them away.

This time, Neeson plays Matt Scudder, a recovering alcoholic PI hired by a prominent New York drug dealer (Dan Stevens) to find those who kidnapped and killed the man’s wife. Scudder is initially reluctant to take the job until he learns these thugs have previously kidnapped the wives of other kingpins, holding them for ransom before slaughtering them anyway. When one crimelord's daughter is ultimately abducted, we learn much about Scudder’s dark past, especially during conversations with a homeless boy he befriends (T.J., wonderfully played by Brian Bradley), who has aspirations of being a Sam Spade-like detective.

The interplay between Neeson and Bradley is easily the best part of the film, raising A Walk Among the Tombstones above the usual one-man-demolition-crew similar movies end up becoming. This extra attention to characters may initially disappoint those expecting something more akin to Taken. In fact, there isn’t a hell of a lot of action until the final act, but since the film is based on just one of a long-running series of Matt Scudder novels by Lawrence Block, it only makes sense these characters (not their actions) are the crux of the story. But rest assured, the film still comes to a climax which should satisfy fans of Neeson’s middle-aged ass-kicking.

Ultimately, A Walk Among the Tombstones is a worthy addition to Neeson’s career renaissance of revenge and rampage, once-again reminding us his skills as an actor are ultimately what sets his films apart from the empty slam-bang fireworks of the typical action flick.

EXTRAS:
Featurettes: A Look Behind the Tombstones (making of); Matt Scudder, Private Eye