STAR WARS: THE FORCE AWAKENS and the Recipe for Disappointment 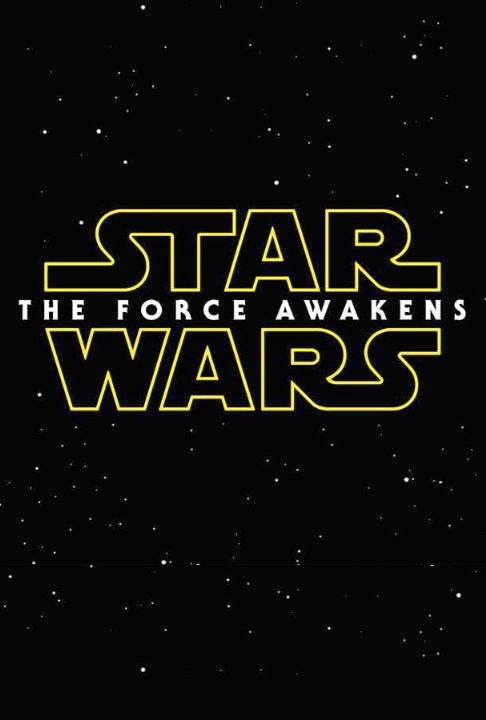 Are we getting our hopes up too high here?

Sure, we’re all excited. Who wouldn’t be? Ever since Disney acquired Lucasfilm in 2012 for a staggering $4 billion and immediately announced a seventh film, Star Wars fans worldwide started salivating, exuberant that their beloved saga would indeed continue. Regardless of your opinion of Disney’s marketing practices, you have to admit they’ve always handled the properties they’ve acquired (like Jim Henson Studios, Pixar and Marvel) with great care, and with arguably more respect than the beloved franchises they created themselves (Bambi II anyone?).

Additionally promising was the news that George Lucas’ role would be strictly as a consultant, leaving most of the creative decisions in more capable hands. Sure, he may have created this universe, but few would argue that the perceived debacle of the prequel trilogy was largely due to Lucas answering to no one to but himself (kind of like Howard Hughes during his crazy years). The original Star Wars notwithstanding, he’s a terrible screenwriter and questionable director who eventually became far more in-love with technology than storytelling.

Most of us would also agree that putting J.J. Abrams (director & co-writer) in charge of the first film was a good first step in redirecting a wayward ship. After all, he successfully rescued Star Trek from mothballs, though he wasn’t even a fan of the original series. Abrams has his detractors (who doesn’t?), but he’s since-made his love and respect for the original Star Wars trilogy abundantly clear. Whether or not he enhances or tarnishes its legacy remains to be seen, but there’s no arguing his track record as a solid director.

In the ensuing months, what Star Wars fan wasn’t jazzed upon hearing Lawrence Kasdan (co-writer of The Empire Strikes Back) was hired to work on the new screenplay, or that John Williams was returning to score the film? Most exciting of all, of course, was the news Mark Hamill, Carrie Fisher and Harrison Ford would be reprising their iconic characters (though most-likely in supporting roles) at least one more time. Techno-geeks were equally appeased when Abrams informed us this new film to be utilizing practical special effects (as opposed to CGI) as much as possible in order to retain the look and feel of the original trilogy.

By now, who the hell wasn’t looking forward to The Force Awakens?

Then the first trailer was released not too long ago. As if renewed Star Wars mania wasn’t heated enough, media & fan frenzy exploded like a hydrogen bomb afterwards. That trailer (brilliantly made, I might add) was immediately deified/crucified, analyzed frame-by-frame, picked-apart, reassembled and extensively written about by critics, bloggers, trolls and fans, all with their own predictions, gripes, agendas, theories and wish-lists. We’ve read everything from rapturous worship by those blindly celebrating this film as though it were the second coming of Christ, to basement-dwelling mama’s boys questioning the logistics of a cross-guard light saber, to the darkest trolls of humanity lamenting the possibility one of the main characters is black (the internet is sometimes an awful place). Hell, there are even numerous articles by guys with too much spare time on their hands who’ve written thousands of words just analyzing the fucking title.

As of this writing, the movie is still 11 months away from being released, yet right now, you can Google Star Wars and find thousands of articles by folks (both articulate and idiotic) who are already 100% convinced The Force Awakens is destined to be the greatest film of the year, deserving of every single Oscar it has the potential to be nominated for. As a fan who fell in love with the original Star Wars 38 years ago, I’d love nothing more than to agree. Hell, I’m rooting for the damn thing to be the greatest cinema spectacle of all time.

But alas, I can’t bring myself to declare blind allegiance to the success of a movie just because it has Star Wars in the title. I learned that hard lesson 16 years ago, when similar pre-release hype surrounded Star Wars Episode I: The Phantom Menace.

If you weren’t around back them, rest assured, the anticipation reached similarly epidemic proportions. Hardcore fans paid for movies they had no interest in seeing just to catch the fucking trailer; others (apparently with jobs worth walking away from) camped out in front of theaters weeks before the release date; a few Australians even flew to the U.S. to be the first from their country to see it. Between the fanboys and prerelease hype, there was no way The Phantom Menace could disappoint.

Again, if you weren’t around back then, The Phantom Menace was widely regarded as a massive disappointment. I won’t go into specifics because you’ve heard all that shit before. The point is, there ultimately reaches a moment where an anticipated film cannot possibly live up to the hyperactive expectations of those waiting for it. Sure, The Phantom Menace was rife with problems, but based on what the brand name meant to fans worldwide, you’d have thought the film took a massive shit on their childhood memories, mainly because those same folks automatically assumed the film would be great. While they vocally blamed Lucas, what they should have done was look in the mirror.

One thing I can safely say about most fanboys is that they love to talk stuff to death, working each other into a frenzy by discussing and debating menial shit the Average Joe doesn’t give a damn about, especially if the topic of discussion is a movie no one has seen yet. Hell, we’re doing that right now. I don’t have science or hard data to support me, but I’m pretty certain the internet & social media has already made The Force Awakens the most discussed and debated film of all time. People just gotta know about every single plot detail, new character, gadget and special effect way in advance.

But you know what? The Force Awakens could still suck. No one wants it to suck, of course, but the fact remains it’s entirely possible J.J. Abrams could totally screw-the-pooch. After all, even Spielberg and Hitchcock made some stinkers during their careers.

Do I think it will suck? No...like everyone else, I hope it’ll knock my socks off. But shouldn’t we have more of a hopeful wait-and-see attitude, remaining as objective as possible in order to judge the film on its own merits, without the hysterical pre-release baggage threatening to drag it down into that pit of despair where Indiana Jones 4 and Die Hard 5 dwell? I have no desire to know the story until I see it for myself, and I actually wish the return of Hamill, Ford and Fisher was kept a secret. Wouldn’t that have been an awesome surprise if no one knew? Of course, in this day and age, that’s impossible, because everyone just has to know everything right away.

At this point, the insane level of media and fan scrutiny surrounding this film is a recipe for disappointment. Only a movie co-directed by Steven Spielberg and the ghost of Stanley Kubrick, co-written by Shakespeare, J.K. Rowling and Stephen King, with music by a reunited Led Zeppelin and starring Jesus Christ & Marilyn Monroe could possibly meet the expectations of those convinced The Force Awakens will be nothing short of a religious experience.

Ultimately, we’re better off looking forward to The Force Awakens for what it will likely be, a good (perhaps great) film by a solid director. We shouldn’t bring our preconceived ideals or expectations to the table, demanding this-or-that. As of this writing, we’ve seen a mere snippet of the film in a teaser trailer, hardly a source to formulate any kind of speculation, positive or negative. In fact, we shouldn’t be speculating at all.

Really, we need to just take a deep breath and let that shit go because, in the long run, Star Wars: The Force Awakens is still just a movie, even if most of us hope it’s the mother of all movies.
Posted by D.M. Anderson at 3:51 PM