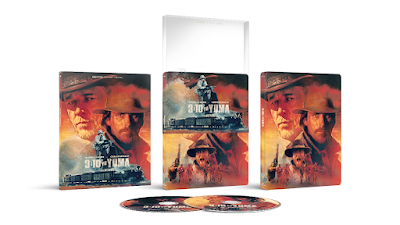 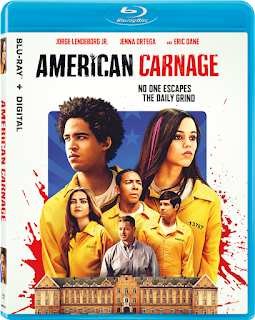 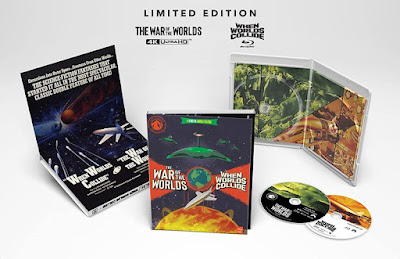 🌎WAR OF THE WORLDS/WHEN WORLDS COLLIDE on 4K/Blu-ray September 27 from Paramount
Two of the most iconic Science Fiction epics come to Paramount Presents in this out-of-this-world limited-edition double feature from producer George Pal. Making its 4K Blu-ray debut, War of the Worlds is an Oscar winning adaptation of the chilling H.G. Wells novel. Then, get ready for impending disaster, when a runaway star signals the destruction of Earth in When Worlds Collide, included on Blu-ray remastered from the original film elements. Both are essential Technicolor masterpieces from the Golden Age of Hollywood, delivering eye-popping visual effects and unmatched sound design. The release, which will be part of the Paramount Presents line, is scheduled to arrive on the market on September 27. 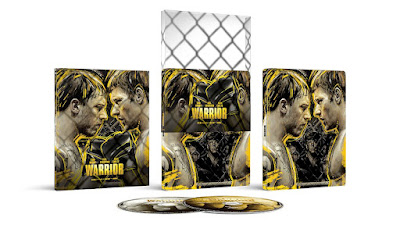 😺WARRIOR arrives August 30 on 4K Ultra HD + Blu-ray + Digital SteelBook from Lionsgate
The MMA-centered family drama, Warrior, arrives August 30 on 4K Ultra HD (+ Blu-ray + Digital) SteelBook from Lionsgate, exclusively at Best Buy. Warrior features Joel Edgerton (The Gift, The Great Gatsby), Tom Hardy (Inception, The Dark Knight Rises), Jennifer Morrison (TV’s “House,” TV’s “Once Upon a Time”), Frank Grillo (The Grey, The Purge: Anarchy), and Nick Nolte (Affliction, The Prince of Tides). OFFICIAL SYNOPSIS: An ex-Marine haunted by a tragic past, Tommy Riordan returns home and enlists his father, a recovering alcoholic and his former coach, to train him for an MMA tournament awarding the biggest purse in the history of the sport. Tommy’s estranged brother Brendan, a former MMA fighter unable to provide for his family as a public school teacher, also enters the competition. Set on a collision course with each other, the two brothers must finally confront the forces that tore them apart, all the while waging the most intense winner-take-all battle of their lives. This release includes an audio commentary, documentaries & featurettes and a gag reel.
Posted by D.M. Anderson at 9:05 AM