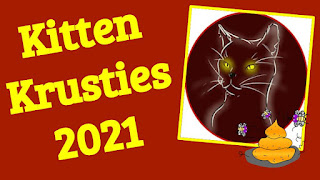 While we enjoyed reviewing a slew of Blu-Rays, DVDs and movies in 2021, they haven’t all been picks of the litter. Time to take a look back at the worst of them. Our list consists strictly of titles which were sent to us for review purposes.

BLEH...THE WORST: As much as we love movies, there are times when reviewing them feels like an actual job. The following titles deserve to be buried in the litter box:

10. ANOTHER 48 HRS - The original 48 HRS is a classic, but not only is this contrived sequel almost never funny, it seldom even tries to be. Nolte slips comfortably back into his role, but Murphy seems to have forgotten - or considering what was paid this time, didn’t care - what made Reggie so endearing in the first place. A rare clunker in the otherwise impressive Paramount Presents series.

9. TOM & JERRY - They skateboard, fist-bump, operate drones and a variety of other things “today’s kids” might think are cool. In other words, this ain’t your daddy’s Tom & Jerry. Instead, the brand is a vessel for a parade of noisy mayhem, characters with “attitude” and, of course, a prerequisite poop joke so funny they included it twice.

7. SHOPLIFTERS OF THE WORLD - Part love letter to The Smiths & those who loved them, part f**k-you to anyone who didn’t, Shoplifters of the World is almost condescending in tone, which is ironic considering the plot isn’t too far removed from the dumbbell comedy, Airheads. Only instead of likably ham-headed headbangers, we have a bunch of self-absorbed young adults reeling from the break-up of their favorite band. The film mostly preaches to the converted. Everyone else might find it kind of pretentious.

6. COSMOBALL - Cosmoball is a Russian sci-fi film that’s obviously aimed at those wowed by shiny things. There’s nary a moment when something colorful isn’t zipping or bursting across the screen. Such hyperactive eye candy might be enough to amuse your cat for a while, but the rest of us would appreciate some kind of comprehensible story.

5. HABIT - An abject failure on all counts, this is a blatantly calculated attempt at Tarantino-esque hipness while neglecting to provide a single reason we should give a damn about any of these characters and the situation they've gotten themselves into. Habit has obvious cult aspirations, but ultimately feels so desperate and tone-deaf that some viewers might experience a little second-hand embarrassment for everyone involved.

4. BREAKING NEWS IN YUBA COUNTY - In capable hands, this could have been another Fargo. Instead, Breaking News in Yuba County squanders a good cast and premise because there’s no point where we feel like we’re watching real people. These characters simply exist to behave badly, spout outrageous dialogue and occasionally kill each other. The plot might hold interest for a while, but all attempts at black comedy and satire fall flat.

3. THE SPORE - Despite a decent, albeit familiar, premise, this is nothing but a series of tenuously tied vignettes featuring various dull characters’ encounters with a deadly infection. We learn absolutely nothing about them. Not only that, the entire film largely depends on their utter stupidity, making slasher movie teenagers look like Einstein. One vignette ends, then another begins, and-so-on until the credits roll, with no style, suspense or substance to be found.

2. CRAZY SAMURAI: 400 VS 1 - The big gimmick of this title-tells-all film is a 77 minute action sequence presented in one continuous take. Not only is character development non-existent, there’s little in the way of creative choreography or virtuosic swordplay...just guys lining up to be slashed, chopped or run-through before hobbling out-of-frame. There’s no further “plot” beyond this, nor does the film come to any sort of resolution.

1. ROOM 9 - Most of Room 9 is shot and edited like the opening title sequence of Seven. Shaky video, jagged cuts and intentionally distorted images may have been cutting-edge 25 years ago. But here, it’s a parlor trick to mask a murky narrative, lethargic pacing, amateurish performances and an overall inability to frame an interesting shot. Even with seriously tempered expectations, Room 9 is a vapid excuse for a horror film.