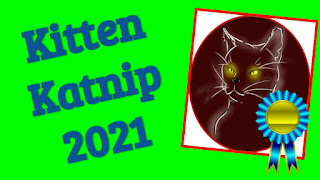 We reviewed a slew of Blu-Rays, DVDs and movies in 2021. Time to take a look back at the best of them. While we have seen more movies than the Surgeon General recommends, our lists consist strictly of titles which were sent to us for review purposes.

PURR-R-R...THE BEST: We reviewed some good stuff this year, but the following titles were better than taunting a mouse to death:

10. THE BEAST MUST DIE (Flicker Alley) - Not to be confused with the 1974 British horror film, The Beast Must Die is a crackling Argentinian crime thriller just waiting to be re-discovered by film noir fans. A great story, sharp direction and an antagonist we love to hate make this a must see.

9. THE DAY OF THE BEAST 4K (Severin Films) - Fast-moving, ferociously-violent and often hilarious, 1995’s The Day of the Beast ain’t for everybody, but it’s easy to see why it has a fervent cult following. Severin Films put together a great home video release that fans will surely get a kick out of. In addition to a decent transfer, the disc is loaded with interesting bonus features, the best being a feature-length documentary.

8. THE INCREDIBLE SHRINKING MAN (Criterion) - It’s about time the film got a decent home video release. The Incredible Shrinking Man has been available on DVD for years, usually squeezed onto a disc with other nostalgic B-movies from the same era. But not only is it being served-up on Blu-ray for the first time with a wonderful 4K restoration, Criterion has thrown-in a big batch of new & vintage bonus features which nicely sum-up the film’s production, influence and legacy. From a historical perspective, this is an essential title for any collection and still a hell of a lot of fun.

7. JUDAS AND THE BLACK MESSIAH (Warner Bros) - Alternately eye-opening, enlightening and infuriating, Judas and the Black Messiah is also massively entertaining. Not only does it shine a light on an important African-American revolutionary - and reminds us that not much has changed since then - the film features vivid, engaging characters, authentic dialogue & production design and a killer soundtrack (both the score and H.E.R.’s Oscar winning song, “Fight for You”). Easily one of the year’s best.

5. DUNE 4K (Arrow) - Regardless of one’s opinion of Dune - flawed masterpiece, delirious debacle or something in between - this (nearly) comprehensive set not-only makes the film worth re-examining (again!), the stories surrounding its tumultuous production are just as fascinating. Like a few previous Arrow boxed sets showcasing questionable classics, you don’t necessarily have to love the film to love the product.

4. COHERENCE (Oscilloscope Laboratories) - Coherence is one of the more intriguing sci-fi mindbenders I’ve seen in a long time. Swapping-out spectacle & special effects for convincing characters & challenging ideas, this wonderful obscurity - originally produced in 2014 for $50,000 - deserves to find a wider audience.

3. RAGING FIRE (Well Go USA) - Almost epic in scope, Raging Fire may not always be believable, but it’s a constantly entertaining crime thriller with a great story. Doing the preliminary legwork to fully flesh-out its characters - on both sides of the badge - certainly pays off, since we’re far more invested in them when the bullets begin to fly. Donnie Yen has seldom been better, digging into a role that showcases both his physical and dramatic skills. This is the best action movie of the year.

2. IN THE HEIGHTS (Warner Bros) - It looks like most of us missed out on seeing In the Heights as it was meant to be experienced, but here’s hoping it finds the audience it never enjoyed in theaters. Even from the comfort of our living rooms, modern movie musicals don’t get much more entertaining than this. Energetic, funny, sometimes wonderfully bittersweet and occasionally jaw-dropping, it’s a film with many highs and very few lows.

1. GANGS OF LONDON, SEASON ONE (RLJE) - Gangs of London may have been developed for TV, but the 10 episodes comprising Season One unfold like pure cinema; the entire season plays like an epic, nine-hour gangster film. Conceptually similar to The Raid 2, series creator Gareth Evans makes the most of the expanded platform series television provides, which includes an exponentially bigger body count.