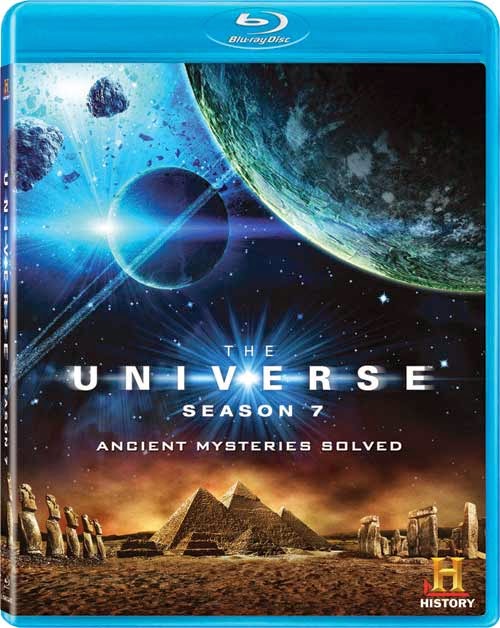 This disc could be a sign the long running History Channel series has finally run its course.

First, Season 7 began and ended in 2012, and this single disc consists of only four episodes which aired in spring 2014, two of which attempt to explain possible alternative reasons for the construction of Stonehenge and the Great Pyramids, and two which offer scientific explanations for the destruction of Sodom and Gomorrah and the appearance of the Star of Bethlehem. Even History Channel’s website refers to it as Season 8, arguably making this the shortest-ever season of a show which hasn’t-yet been officially canceled.

Second, despite the subtitle, Ancient Mysteries Solved, no ancient mysteries are actually solved. These episodes use wonderfully-creative CGI as usual (always the coolest part of the entire series) and feature experts whose alternative theories are compelling (unless you’re one of those who interpret The Bible literally). But ultimately, they aren’t nearly as awe-inspiring as the first few seasons of The Universe, where the presentation of science fact alone was amazing enough, and the more speculative episodes were still aimed exclusively at the infinite sky above us.

Ancient Mysteries Solved isn’t a bad collection, but considering how thoroughly the previous seven seasons of The Universe exhausted every possible way to blow our minds with the massive (sometimes destructive) awesomeness of space, it isn’t surprising that this disc is a little underwhelming.