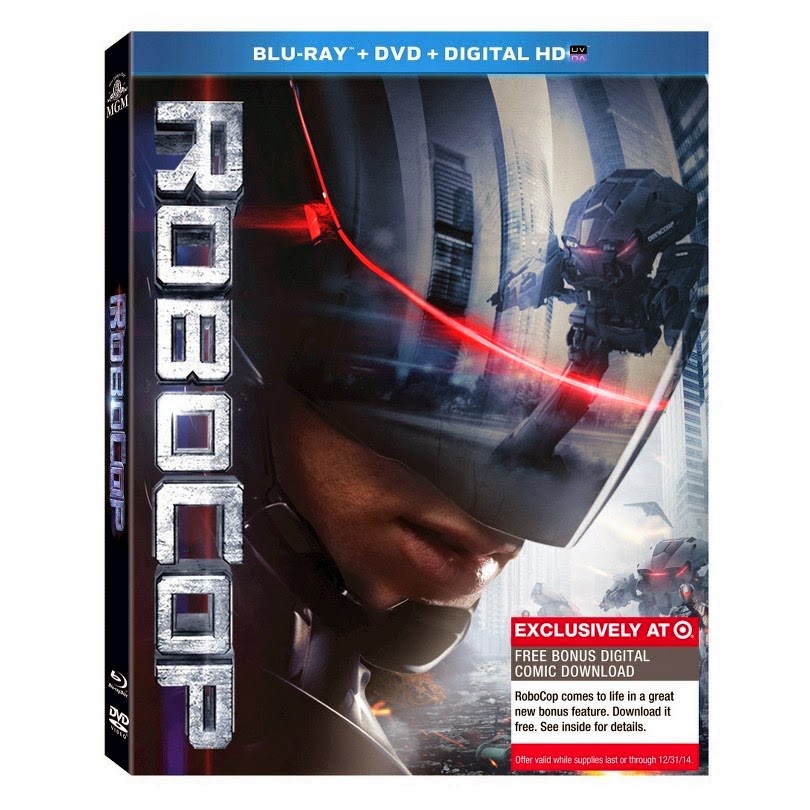 It’s hard to believe the original Robocop is 27 years old. The only things which really date it are the Ford Tauruses everyone drives and Phil Tippet’s stop-motion effects for the ED-209 (which were always part of that malfunctioning robot’s inept charm). Even today, the film remains as smart, fast-paced, funny, brutal, wickedly satirical & culturally relevant as it was in 1987. In an era of rebooting, re-imagining and regurgitating, remaking a movie like this seems pointless…maybe even a bit blasphemous to die-hard fans. If you count yourself among them, you’ll likely hate every minute of this slick (and expensive) update.

But if you’re able briefly forget it’s a remake and accept it on its own terms, there are worse ways to spend a few hours.

It’ll come as no surprise that 2014’s Robocop is inferior in every way. It loosely retains the basic story, where dedicated cop Alex Murphy is nearly killed in the line of duty by a ruthless criminal, only to be reborn as a crime fighting cyborg, but the similarities end there. While it isn’t a needless scene-for-scene remake (i.e. Psycho and The Omen), this version jettisons nearly every element which made the original subversively-unique among action films. Gone is the tongue-in-cheek humor, satirical asides and well-timed scenes of shocking, over-the-top violence. There are no villains as memorably vicious and amusing as Clarence Boddicker (as played in the original with psychotic gusto by Kurtwood Smith). In fact, the crime lord in this version is nearly a non-entity. Murphy himself is fairly dull, too. In the original, he’s resurrected as a the ultimate weapon against crime, but the slow realization of everything he’s lost (his family) fuel his need for personal revenge. Here, Murphy’s family is not-only consistently present, they are part of the unfolding plot, so other than most of his appendages, nothing has really been taken away from him. With less at stake, we’re not as emotionally involved.

As Murphy, Joel Kinnaman is adequate but unremarkable. The same can be said for most of the performances, which is ironic considering the number of cinema scenery-chewers in the cast (Samuel L. Jackson, Gary Oldman, Michael Keaton, Jay Baruchel). Only Jackie Earle Haley (one-time Bad News Bears bad boy) leaves any real impression as Mattox, a cocky military man with barely-concealed contempt for Murphy as Robocop.

Unlike the original, which was not-only brutally violent but funny as hell (often at the same time) this version takes itself pretty seriously. That, along with the nearly bloodless action leaves us with a watered-down Robocop aimed at the PG-13 mallrat crowd.

But surprisingly, as unnecessary remakes go, Robocop isn’t actually all that bad. After a slow start and some dull exposition, the film builds momentum during the second half. Brazilian director Jose Padilla (Robocop is his first American film) demonstrates considerable skill with action sequences, as typically slick and flashy as most of today’s CGI-driven superhero epics (I especially-enjoyed the training sequence which pits Murphy against Mattox and dozens of military drones). The movie could use more humor and interesting characters, but if I were a teenager, having never seen my dad’s Robocop, I’d probably have a great time.

This might be faint praise for a film with a production budget much higher than the previous three Robocop movies combined, not-to-mention a willingness to forget they even exist in order to get any enjoyment out of it (though it’s still better than Robocop 3). But again, if you’re briefly able to do that, this version is an entertaining enough way to spend an evening.