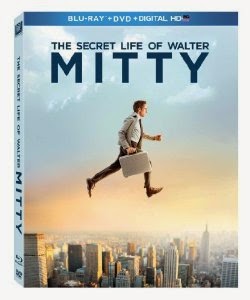 THE SECRET LIFE OF WALTER MITTY (Blu-Ray)
This whimsical, seriocomic remake of the 1947 original deserved better than the lukewarm reception it received at the box office. As the title character, Ben Stiller (who also directs) has seldom been more likable, and unless you’re a complete cynic, this quirky little film is affably charming. From Fox Home Entertainment. 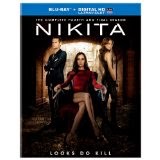 NIKITA - THE FOURTH AND FINAL SEASON (Blu-Ray)
Well, it ain’t exactly a season…just the last six episodes of the critically-respected but low-rated show. If Nikita had aired on any other network, it would have been unceremoniously cancelled after three seasons (maybe even two), but at least CW respected the show (and its loyal fans) enough to give it a proper send-off. Fans may mourn Nikita’s demise, but at least it comes to a satisfying conclusion. From Warner Home Video. 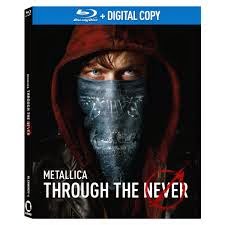 METALLICA THROUGH THE NEVER (Blu-Ray)
Metallica’s ambitious attempt to create a movie experience similar to Led Zeppelin’s The Song Remains the Same (in 3-D and IMAX, no less) isn’t likely to win them any new fans (except my 10 year old daughter, who now likes them after seeing this). Despite the ambiguous ‘story’ interspersed throughout, it’s still just a concert film, albeit spectacularly-shot…Metallica stalks an elaborate stage created specifically for the movie, making Kiss look like a band of grunge-era navel gazers. Also available in 3-D. From Blackened Recordings. 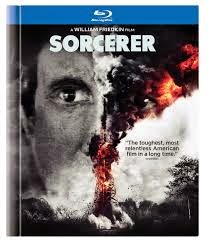 SORCERER (Blu-Ray)
In the words of my father when I finally graduated college, It’s about goddamn time! 37 years after tanking at the box office (crushed under the wheels of Star Wars), this criminally-underrated classic gets the proper video release it rightfully deserves. Aside from a 40 page booklet (from director William Friedkin’s memoir), there are no bonus features, but the film itself has been wonderfully restored to its original grimy glory. A must-own for anyone with a big-ass TV and home theater system, and so far, the best Blu-Ray release of the year (though I might be a tad biased). For more about Sorcerer, check out D.M. Anderson's essay HERE. From Warner Home Video.
Posted by D.M. Anderson at 4:54 PM