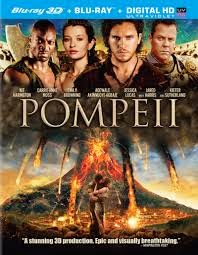 When the groceries are running low but we can‘t get to the store, my wife will raid the fridge to create something out of leftovers, throwing this & that together, making-up everything as she goes along. More often than not, those dinners turn out pretty good - sometimes outstanding - but since she’s winging-it, those improvisational meals never turn out the same way twice.

Director Paul W.S. Anderson’s entire career is sort of like that, regularly raiding Hollywood’s fridge for leftovers of previous meals in an effort to concoct something edible. His criminally-underrated Event Horizon was a terrifically-delectable dish, making the most of ingredients first used in The Shining, Hellraiser and Alien. But like my wife, he often forgets how to put together similarly-scrumptious meals. Sure, some are edible if there’s nothing else to eat (Resident Evil, Death Race), but most of his other dishes are terrible, made with ingredients found in the back of the fridge which expired a long time ago.

Because of this, Anderson’s career is only slightly more respected than those of Uwe Boll and Brett Ratner. It’s hip, if not a bit cliché, for snobs and critics to regularly pick on his body of work. But Event Horizon was truly great, so he’s shown he’s more talented than some give him credit for, if given the right ingredients.

For Pompeii, Anderson totally empties Hollywood’s fridge of every last morsel…part sword & sandal epic, part romance, part revenge story, part disaster film, with ample tablespoons of massive destruction, blood, action and CGI tossed in. If nothing else, this depiction of the cataclysmic volcanic eruption that instantly wiped-out an entire city 2000 years ago is Anderson’s most ambitious meal to-date.

Like most dishes made from leftovers, Pompeii is the sum of those which came before it, most notably Gladiator and Titanic, and there isn’t a single plot turn or line of dialogue you won’t see coming a mile away. The performances are decent during the first “Gladiator” half. Once the film switches to “Titanic” mode, when the action really escalates, less is required of anyone’s thespian abilities. Our two star-crossed lovers, Milo and Cassia (Kit Harrington & Emily Browning) do their best, but we don’t really care about their fates like we did Jack and Rose. If anyone in the cast truly deserves a big tip after the meal, it’s Adewale Akinnuoye-Agbaje as the gladiator slave, Atticus, who makes the most of the script and character he’s been given.

Considering Anderson's reputation, Pompeii is pretty tasty once it hits your plate…it’s a fast moving film with an unpretentious desire to entertain rather than provide a history lesson, with serviceable-enough special effects to please anyone who gets off on massive destruction. You won’t mistake it for Filet Mignon and Lobster. Pompeii is more like an omelet where you discover how surprisingly good some things taste when folded in eggs & cheese. You may already be familiar with most of these ingredients, and while you won’t likely be ballyhooing the meal weeks later, you'll leave the table satisfied, save for a few strange aftertastes; Kiefer Sutherland engages in a fun bit of scenery-chewing, but his goofy accent sounds like a cross between Terry-Thomas and Sid the Sloth from Ice Age. You may also find yourself wondering how two people on a horse can outrun a volcano’s pyroclastic cloud. But hey, that’s just me being nitpicky…just because I sometimes think a particular meal has too much pepper doesn’t mean someone else won’t think it’s perfectly seasoned.

While Paul W.S. Anderson has never created an original recipe of his own, he does a good job putting together a meal with the ingredients he’s given. As such, Pompeii is arguably his best film since Event Horizon (not-to-mention being one of his few not based on a pre-existing property). That might be faint praise to cinema snobs, but personally, I sometimes appreciate a skillfully tossed-together dish nearly much as an immaculate four course meal.