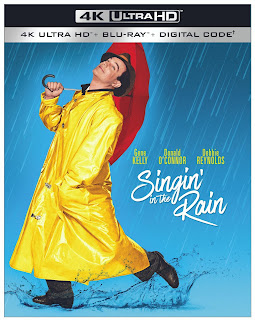 😺SINGIN’ IN THE RAIN on 4K Ultra HD 4/26 from Warner Bros
To celebrate the 70th anniversary of the 1952 acclaimed and beloved film, Warner Bros. Home Entertainment announced today that Singin’ in the Rain will be released on Ultra HD Blu-ray Combo Pack and Digital on April 26. Singin’ in the Rain is widely considered to be one of the greatest musical films in cinematic history. The musical romantic comedy was directed and choreographed by Gene Kelly (On the Town) and Stanley Donen (On the Town) and stars Kelly, Donald O’Connor, Debbie Reynolds, Jean Hagen, Millard Mitchel and Cyd Charisse. The film was written by Adolph Green and Betty Comden and produced by Arthur Freed. The music is by Nacio Herb Brown and the lyrics are by Arthur Freed. O'Connor won the Golden Globe Award for Best Actor – Motion Picture Musical or Comedy, and Betty Comden and Adolph Green won the Writers Guild of America Award for their screenplay, while Jean Hagen was nominated for the Academy Award for Best Supporting Actress. In 1989, Singin' in the Rain was one of the first 25 films selected by the United States Library of Congress for preservation in the National Film Registry for being "culturally, historically, or aesthetically significant".   The film ranked 10th on AFI’s 100 Years…100 Movies list, 16th on AFI’s 100 Years…100 Laughs list, 16th on AFI’s 100 Years…100 Passions list, “Singin’ In The Rain” was 3rd on AFI’s 100 Years…100 Songs list, and the film was number 1 on AFI’s Greatest Movie Musicals list. 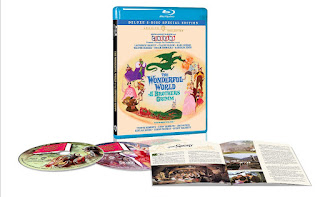 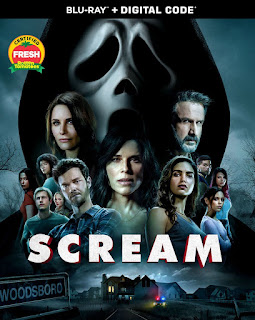 😺SCREAM on 3/1 and 4K/Blu-ray/DVD 4/5 from Paramount
Hailed as “a breathless, razor-sharp slasher worthy of the legacy” (Meagan Navarro, Bloody Disgusting), the much-anticipated new SCREAM from Paramount Pictures and Spyglass Media Group arrives for purchase on Digital* March 1, 2022 with killer bonus content.  The terror comes home on 4K Ultra HD, Blu-ray, and DVD on April 5 from Paramount Home Entertainment.  In addition, fans can own both the new 2022 movie and the original 1996 hit in a Scream 2-Movie Collection on 4K Ultra HD or Blu-ray. Certified Fresh on Rotten Tomatoes, the new SCREAM reunites Neve Campbell, Courteney Cox, and David Arquette who come together to help a group of fresh victims…and uncover a host of new suspects.  The Digital, 4K Ultra HD, and Blu-ray releases are gushing with to-die-for bonus content, including deleted scenes, interviews with the new and returning cast, plus a look at the legacy of horror legend Wes Craven. 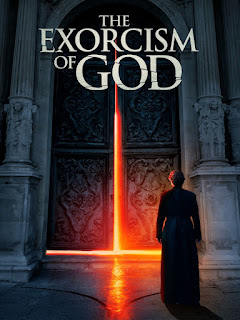 🙀THE EXORCISM OF GOD on Blu-ray + Digital and DVD 4/19 from Lionsgate
Father Peter Williams, an American exorcist, hides a shocking secret: possessed by a demon he was trying to expel, he committed a terrible sacrilege. To atone for this sin, Peter devotes his life to charity work in a small town in Mexico. Eighteen years later, his deeply buried secret comes to light when the demon from his past returns, possessing a girl and unleashing a deadly disease. Now Peter must choose between saving his own soul and saving the people he loves most in one final, epic battle against the evil within. The bold and compelling supernatural horror film, The Exorcism of God, arrives April 19 on Blu-ray + Digital and DVD from Lionsgate. Featuring Will Beinbrink (It Chapter Two, “Queen of the South”), María Gabriela de Faría (“The Moodys,” “Deadly Class”), Joseph Marcell (The Boy Who Harnessed the Wind, “The Fresh Prince of Bel Air”), Hector Kotsifakis (“Malverde: El Santo Patrón,” “Enemigo Íntimo”), and Irán Castillo (“SOS Me estoy enamorando,” “La mexicana y el güero”).
Posted by D.M. Anderson at 7:48 PM