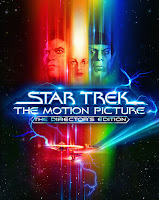 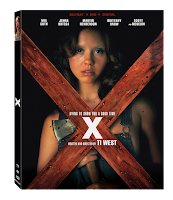 🙀X arrives on Blu-ray and DVD 5/24 from Lionsgate
A group of actors set out to make an adult film in rural Texas under the noses of their reclusive hosts — an elderly couple with a farm and boarding house for rent. But when the couple catches their young guests in the act, the cast finds themselves in a desperate fight for their lives. Representing filmmaker Ti West’s long-awaited return to Horror, A24’s X arrives May 24 on Blu-ray Combo Pack (plus DVD and Digital) and DVD, from Lionsgate. From critically acclaimed director Ti West (The Innkeepers, The Sacrament), the horror film stars Mia Goth (A Cure for Wellness, Suspiria, Emma.), Brittany Snow (Prom Night, Pitch Perfect, Pitch Perfect 2), Jenna Ortega (“You,” 2022’s Scream, The Babysitter: Killer Queen) as well as Grammy Award® nominee Scott Mescudi (better known as Kid Cudi, Don’t Look Up). X will be available on Blu-ray Combo Pack and DVD. 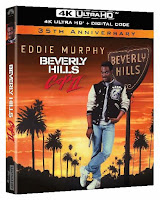 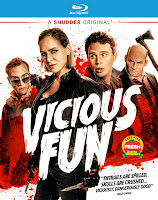 😺VICIOUS FUN on VOD, Digital HD, DVD and Blu-ray April 5
In VICIOUS FUN, Joel is a caustic film critic for a national horror magazine who unwittingly finds himself trapped in a self-help group for serial killers. With no other choice, he attempts to blend in with his homicidal surroundings or risk becoming the next victim. “Bloody, heartfelt, and hilarious, VICIOUS FUN is one of the best horror comedies in years” (Dread Central). Directed by Cody Calahan (Antisocial, The Oak Room), and written by James Villeneuve (The Ticket), VICIOUS FUN stars Evan Marsh (Shazam!), Amber Goldfarb (“Sex/Life”), Ari Millen (“Orphan Black”), Julian Richings (Man of Steel), Robert Maillet (Sherlock Holmes) and David Koechner (Anchorman: The Legend of Ron Burgundy). 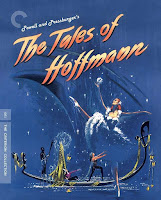 😺THE TALES OF HOFFMAN on Blu-ray in June from Criterion Collection
Michael Powell and Emeric Pressburger create a phantasmagoric marriage of cinema and opera in this one-of-a-kind take on a classic story. In Jacques Offenbach’s fantasy opera The Tales of Hoffmann, a poet dreams of three women—a mechanical performing doll, a bejeweled siren, and the consumptive daughter of a famous composer—all of whom break his heart in different ways. Powell and Pressburger’s feverishly romantic adaptation is a feast of music, dance, and visual effects, and one of the most exhilarating opera films ever produced. Bonus features include: Audio commentary from 1992 by filmmaker Martin Scorsese and critic Bruce Eder, newly updated by Eder; Interview with filmmaker George A. Romero from 2005; The Sorcerer’s Apprentice (1956), a short musical film based on the Johann Wolfgang von Goethe story and directed by Michael Powell; Collection of production designer Hein Heckroth’s design sketches and paintings; Gallery of production and publicity photographs; An essay by film historian Ian Christie; Trailer
Posted by D.M. Anderson at 7:18 PM