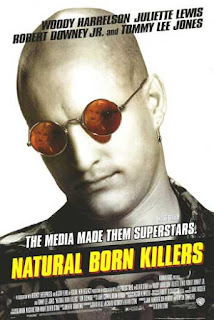 It isn't often that I'm afforded the opportunity to blame my wife for something, so I’m going to jump at the chance...

I share my home with three animals, a dog named Murphy, and two cats, Josey and Stinky. As pets go, they are relatively low-maintenance and pleasant to be around, though I wish someone would have told me in-advance that Wheaten Terriers require at least three haircuts a year, or else they start to resemble Cousin It from the Addams Family (I don’t even cut my own hair that often).

The living arrangements have been agreeable as well. My animals ventured in and out of the house as they please, and as long as there were kibbles o' plenty, they've always enjoyed a pretty laid-back, contented life.

That all changed when my wife decided our pets deserved a ‘special treat’ one Christmas just to show how much we love them, so we ‘surprised’ them with some canned food in their stockings (yes, they have their own). For Murphy, Josey & Stinky, that must have been like someone raised on hamburgers suddenly getting their first taste of prime rib. It was admittedly kind-of cute watching them scarf-down this special yuletide treat, each animal licking their bowls clean. But no matter how loving her intentions, there was a fatal fallacy in my wife’s decision...

Even at a young age, my kids understood their first trip to Disneyland didn’t mean we were going to start spending every weekend there (though they would if they could). Vacations like that are special occasions. Dogs and cats, however, are not children (despite what some of your Facebook friends may share). Pets have no concept of special occasions; Christmas morning is no different than the third Tuesday in April. If dinner time suddenly consists of prime rib today, why not tomorrow?

I expressed my concerns about spoiling our pets by changing their diets (if even for a single day), but they fell upon deaf ears, especially with my daughters backing-up Mom’s holiday decision. Personally, my biggest fear was that reasonably-priced bags of Purina Cat Chow & Dog Chow would suddenly be beneath my pets’ dignity to consider consuming.

And that’s exactly what happened...

Suddenly, kibbles weren’t good enough. A significant part of our weekly grocery bill now consists of canned pet food. At first, my wife assured me that giving them the good stuff once a day would suffice, which worked for awhile with Murphy and Stinky, who would suck-it-up and eat the old food just to fill the void. Josey, however, became as insufferable as Mariah Carey backstage, clawing furniture, meowing incessantly and knocking shit over whenever her bowl didn’t contain the good stuff. She acts like a junkie in withdrawal if we don’t sate her hunger with moist, meaty Friskies three times a day (and to keep things equitable, all our pets are now can-fed three times daily).

Because I’m usually the first to get up in the morning, guess whose job it is to feed this fat little diva? While the other pets are sleeping in, Josey urgently scampers into the kitchen the very second I climb out of bed, her low-hanging, gelatinous gut swinging left and right with each step. She meows every two seconds to remind me of my responsibilities, as though I’ll forget them without this constant verbal barrage. She gets extra pissed when I take the time get my coffee started first, apparently unaware that, without coffee, I’d have tossed her fuzzy ass out the kitchen window years ago. Our typical conversation each morning goes something like this:

This has been our routine every single morning for three fucking years, yet she still feels the incessant need to remind me every time, so I can only assume she thinks I’m too stupid to remember yesterday. Josey is compelled to continue driving the point home, much like Oliver Stone does with Natural Born Killers.

I like Oliver Stone, even though he hasn’t made a film I’ve really enjoyed in over 20 years. He’s always had a lot of audacity and appears to occasionally enjoy stirring the pot just to piss people off. This was especially true of his earlier work, like JFK, my personal favorite of Stone's and arguably the most paranoid movie of all time. The film revels in pointing fingers and naming names, to the point where damn near everybody except my grandmother may have had a role in the Kennedy assassination (though not even Grandma could account for her whereabouts that day). Sure, most of the movie is probably bullshit, but it’s brilliantly conceived bullshit, so well assembled that we forget this three hour film doesn’t really answer any of the questions it raises, kind-of like those Sunn Classic Pictures of the 70s that speculated the existence of UFOs and Bigfoot.

JFK pissed a lot of people off. I know some folks who still refuse to acknowledge Stone’s skills as a filmmaker simply because of his outspoken political views, which is stupid. Not to come across as superior to my conservative acquaintances, but while I personally think Ted Nugent is a racist, jingoistic asshat, I’m still able to acknowledge he’s a hell of a guitar player.

I’m also able to acknowledge there are times when Stone obviously enjoys smelling his own farts, as both a filmmaker and social commentator. 1994’s Natural Born Killers is a prime example. It’s his most controversial film by a wide margin, making JFK look as congenial as an episode of Full House. Though stylistically very similar to JFK, this was Stone’s first film where I felt he was actively trying to create something incendiary, simply for the sake of courting controversy. After all, isn’t negative attention better than none at all? Just ask Josey, who sometimes knocks over water glasses just to get a rise out of me. If so, mission accomplished. Natural Born Killers became one of the most polarizing films ever released by a major studio, especially after it inspired some real-life copycat killers.


But here’s the thing...I don’t believe Stanley Kubrick had controversy foremost on his mind when he made A Clockwork Orange (to which Natural Born Killers is often compared). In fact, Kubrick was just as upset as the movie’s detractors when, it too, inspired similar crimes. I’ve never been able to escape the feeling that Stone not only reveled in his film’s negative attention, he was counting on it. Nearly every scene smacks of deliberate and pandering attempts at edginess. One can almost picture Stone behind the camera, wringing his hands while cackling, “This scene should piss off a few folks.”

I personally enjoyed Natural Born Killers (it’s arguably the most “fun” film he ever made), but I also believe controversy should be something earned as a by-product of your artistic efforts, not your modus operandi. Only then does anything important you have to say feel genuine.

Oliver Stone definitely has something important to say about the media’s obsession with glorifying violent criminals. His satirical jabs at reality television and turning murderers into celebrities are sharp, witty and accurate. Mickey and Mallory (Woody Harrelson and Juliette Lewis) are seen as cultural heroes by the masses, a view perpetuated by the media, who consider these two to be a lucrative commodity. We get what Stone’s trying to say, even though the media is a pretty easy (and obvious) target for society's ills.

Stone makes this message crystal clear in the first thirty minutes, but then proceeds to repeatedly hammer it home long after we’ve gotten the point. In this sense, he has a lot in common with my cat when she keeps reminding me its feeding time, even while I’m in the process of feeding her. But what Stone and my cat fail to realize is the more they badger us with the same argument, the more desensitized we become. I’ve become so accustomed to Josey’s daily demands (both physical and verbal) that I’ve learned to tune her out, not really giving a damn what she has to say because it’s the same old shit. Similarly, Natural Born Killers desensitizes us as well...not the violence per se, but the same lecture repeated ad nauseum for two hours. We got his point within a few minutes, but like Josey, he’s just gotta keep reminding us...just in case we missed it.
Posted by D.M. Anderson at 6:14 PM