Blu-Ray News: UPCOMING CLASSICS THAT HAVE US PURRING 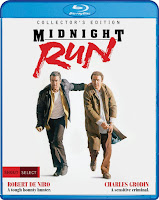 MIDNIGHT RUN Collector’s Edition
One of the great unsung action-comedies of the 80s. Features several interviews with various cast members, including Robert DeNiro and Charles Grodin, as well as a vintage 'making-of' featurette.
Available 8/23. Click HERE to pre-order and get it TWO WEEKS EARLY. 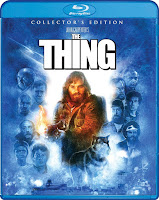 THE THING Collector's Edition
John Carpenter's greatest film. This disc is absolutely loaded with all new extra features in addtion to vintage extras previously included on other releases.
Available 9/20. Pre-order HERE and get it TWO WEEKS EARLY with a FREE POSTER. 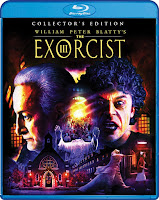 THE EXORCIST III Collector's Edition
An underappreciated gem that's just as good - but different from - the original. This disc is supposed to include director William Peter Blatty's original vision of the film, long thought to be lost. It's about damn time!
Available 10/25. Pre-order HERE and get it TWO WEEKS EARLY with a FREE POSTER.
Posted by D.M. Anderson at 10:43 AM