It’s only fitting to review these two films together, for a couple of reasons. First, while neither is really a classic, an entire generation grew-up with them (much like their parents were raised on live-action Disney flicks in the 70s). The nostalgic value of both films is likely very high. Second, there’s sort-of a morbid fascination revisiting each of them two decades later, knowing how a few once-hopeful careers  have floundered. 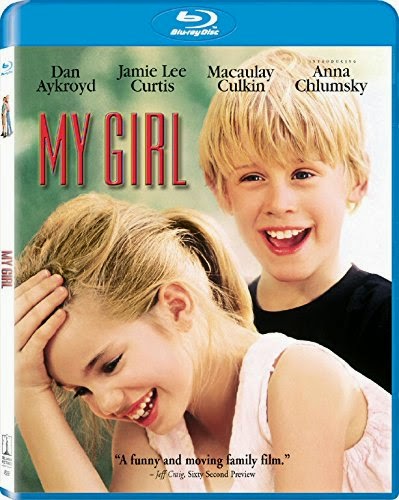 Obviously, My Girl is the more beloved of the two, and perhaps could arguably considered a classic by those first-rendered to tears by a mere movie. Admittedly, in 1991, it had been quite awhile since a film made for young adults aimed more for the heart than the gut.

While the oldies soundtrack provides a majority of the emotional heft of the film, the overall performances are still pretty decent. Aykroyd was always a better dramatic actor than many ever gave him credit for (despite earning an Oscar nomination for Driving Miss Daisy). As an emotionally-distant widower, he gives a remarkably subdued performance.

As for the two actual stars (Macaulay Culkin and Anna Chlumsky), this is where the morbid fascination kicks in. At the time My Girl was released, Culkin was the hottest child actor of his generation. The one-two punch of My Girl and Home Alone showed his remarkable range for a mere kid, before he ultimately descended into drugs and tabloid fodder. For those of us who remember that time, it’s hard not to watch My Girl today without wondering what could-have been.

Still, while My Girl approaches moments of surprising morbidity at times, it’s easy to see why the movie is held in high regard by so many who emptied-out Kleenex boxes sitting through it the first time. The same can’t be said for… 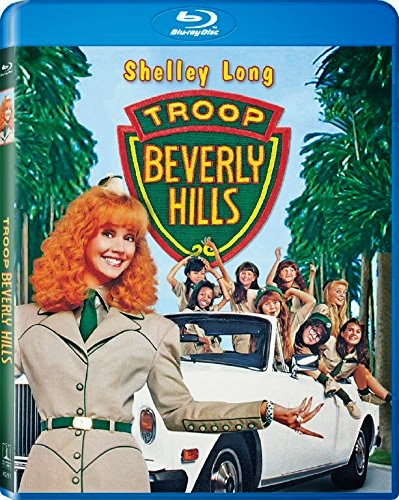 Remember when Shelley Long was America’s Sweetheart as Diane Chambers in Cheers...cute as a button, a little blonde waif whose charm kept you from killing her when she became unbearably pretentious? She owed her entire career to that show (resulting in a few forgettable movies in the interim), but the first role she took after leaving Cheers for good was Troop Beverly Hills, the first film where hers was the sole name above the title.

Troop Beverly Hills is as shallow as its title suggests, little more than a repackaged variation of the movies Disney used to pump-out in the 70s (and would later pump-out again on their own cable channel). Long essentially plays a wealthy version of Diane Chambers here, before the kids show her what’s truly important in life.

This is by-the-numbers filmmaking, banking on Long’s public image and star power to attract audiences, which it did, though mostly after it came out of video. Troop Beverly Hills isn’t a terrible movie, but it is an extremely cynical one, which undoubtedly charmed enough kids who had no idea who Diane Chambers was.

From a morbidly fascinating standpoint, this was the first and last true star vehicle for Long. Other than a disturbingly spot-on depiction of Carol Brady in a few campy Brady Bunch films, she never became a bankable movie star, and she was soon back to guest-starring on other TV shows.

Still I can still see this one managing to amuse a few modern youngsters whose moms grew up with it.