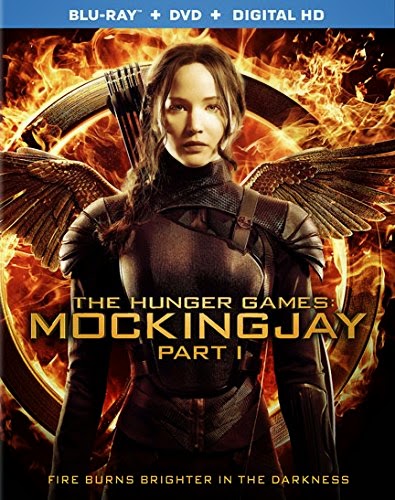 Legions of fans who made Mockingjay Part 1 the biggest film of 2014 may vehemently disagree, but dividing Suzanne Collins’ last Hunger Games novel into two separate films was a creative mistake. The novel (despite being more action oriented) is arguably Collins’ weakest of the entire trilogy, adding little to the themes, character development and plot-turns established in the first two books.

The entire story of Mockingjay could have easily been adapted into a single action-packed film with an even shorter running time than Part 1 alone. Instead, the first half has been adapted as sort-of a transitional episode, unnecessarily padded-out to feature length while still feeling like only half a movie. It’s just as relentlessly faithful to the novel as The Hunger Games and Catching Fire, but it’s also agonizingly slow at times, with relatively little real action for nearly an hour (and then only in fits and starts). Many key scenes, which comprised only a few pages of internal monologue in the novel before soldiering forward, now drag on endlessly, long after we've gotten the point.

Still, these complaints can easily be seen as virtues by those who don’t want the Hunger Games saga to end. Milking the final chapter for all its worth means we get a lot more of Jennifer Lawrence as Katniss Everdeen, who once-again shines in this role and manages to maintain interest even when there isn’t a hell of a lot going on. A few new characters are also introduced, some more interesting than others, such as Cressida (Natalie Dormer), a tattooed rebel who joins with Katniss for the uprising against the Capitol. Overall, the performances are once-again top-notch (though adding to the overall melancholy tone is seeing the late Phillip Seymour Hoffman in one of his last roles).

Visually and thematically, Mockingjay Part 1 is the darkest entry in the franchise. For a PG-13 film, it pulls relatively few punches in its depiction of human suffering, to the point we’re almost counting on Part 2 to alleviate our misery. In fact, the movie plays like one long set-up, stringing us along with the promise of a slam-bang finish. I suppose, in the context of the entire saga, that’s exactly how we’re intended to view Mockingjay Part 1...a dramatic pause before the big (and inevitable) fiery finale. If so, I certainly hope it is worth the wait.

That is inherently the biggest problem with Mockingjay Part 1, even regarding its place in the overall franchise. Unlike, say, The Two Towers or The Empire Strikes Back, there is absolutely zero attempt at making a complete film (just in case audience interest wanes). Hell, it doesn’t even end with a cliffhanger, just the conceit that Part 2 will ultimately justify this prolonged, two-hour tease of a movie.

As it stands, Mockingjay Part 1 is arguably be the most incomplete feature-length film of all time. You’ll be completely lost if you haven’t seen The Hunger Games & Catching Fire, and its creative success depends entirely on your anticipation that Mockingjay Part 2 will knock your socks off. Those of you already onboard will may argue otherwise, but The Hunger Games franchise really only needed to be three films, one per book. Prolonging the inevitable end, for whatever reason, lessens the overall dramatic impact of the entire trilogy.